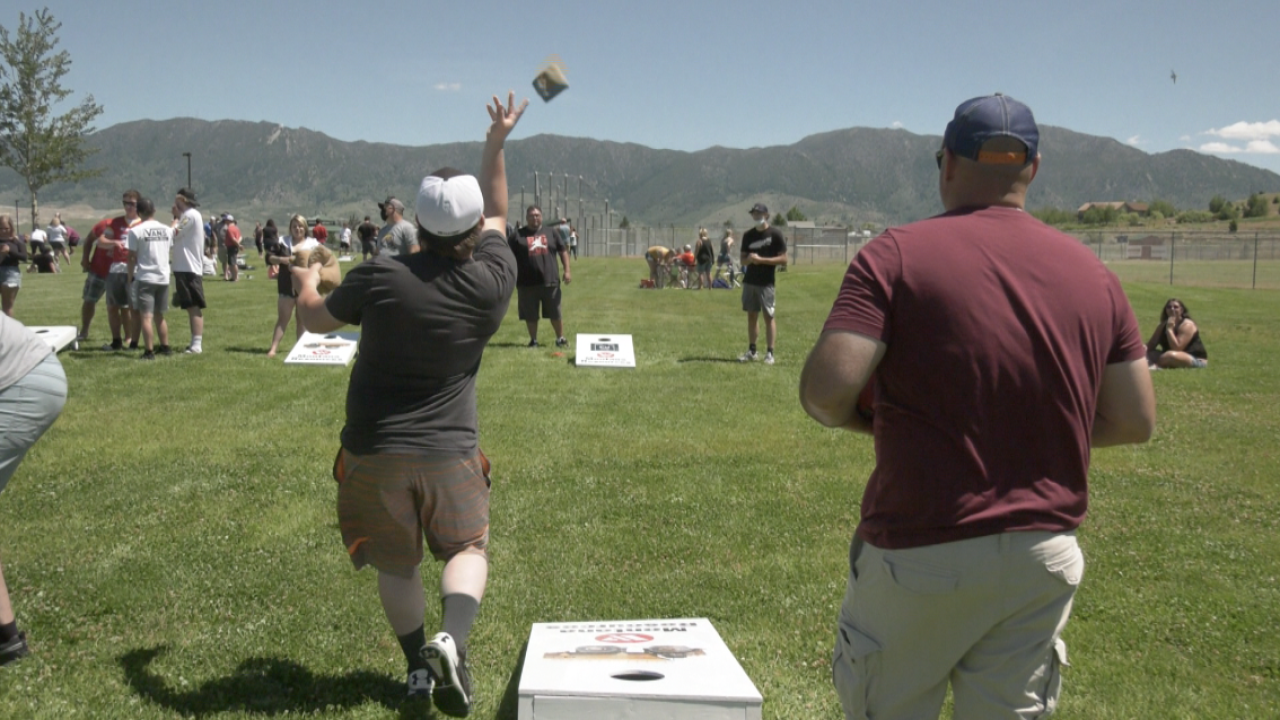 BUTTE — After weeks of preparation, donations and adjustments to keep the public safe, Copper Mountain Park in Butte hosted the Shriners Hospital cornhole fundraiser. Before the end of Saturday's silent auction, the event had already raised close to $46,000.

“Butte’s just awesome, Butte is like no other," said Butte Central's Thomas McGree. "They just help each other like right now. The senior class has gone through a lot and the whole Butte community has helped us so much to put this together.”

Butte High and Butte Central is a rivalry nearly as old as time, but you would never be able to tell when you see how effortlessly both senior classes came together Saturday afternoon, uniting through their years of friendship to do the right thing.

“That’s what sucked about splitting schools, was having to leave each other. But it’s nice to be able to come back and hang around each other," said Butte High's Scout Allen. "I wish all the Butte Central kids got to come over and play for Butte High because it would’ve made us that much better.”

On hand at Saturday's event were a few Shrine Game players from years past who marveled at the fact these football players and cheerleaders understood from the beginning there was a much bigger picture than just the football game itself.

“It’s amazing Tommy (Mellott) was the brains behind all of this. I’m just really happy that they can say that about us," said Butte High's Kobe Moreno.

“You can either sit down and feel sorry for yourself or you can get back up and do something with it," said Butte High's Tommy Mellott.

With donations still pouring in, organizers are unsure of when they’ll have the final amount raised. The silent auction will also contribute a significant amount of money to that growing total, and there were a lot of hot ticket items up for bid.

“There’s some sweet stuff up there like helmets signed by old players," Moreno said.

“My wife has looked at them. I don’t know if I’ll get to make a decision, but I’m sure we’ll probably walk away with something," Zora said.

“I’m going to go over there, but I’m on a budget. ... I don’t know if I can spend that much money, but if there’s something low I might put a bid on there," Allen added.