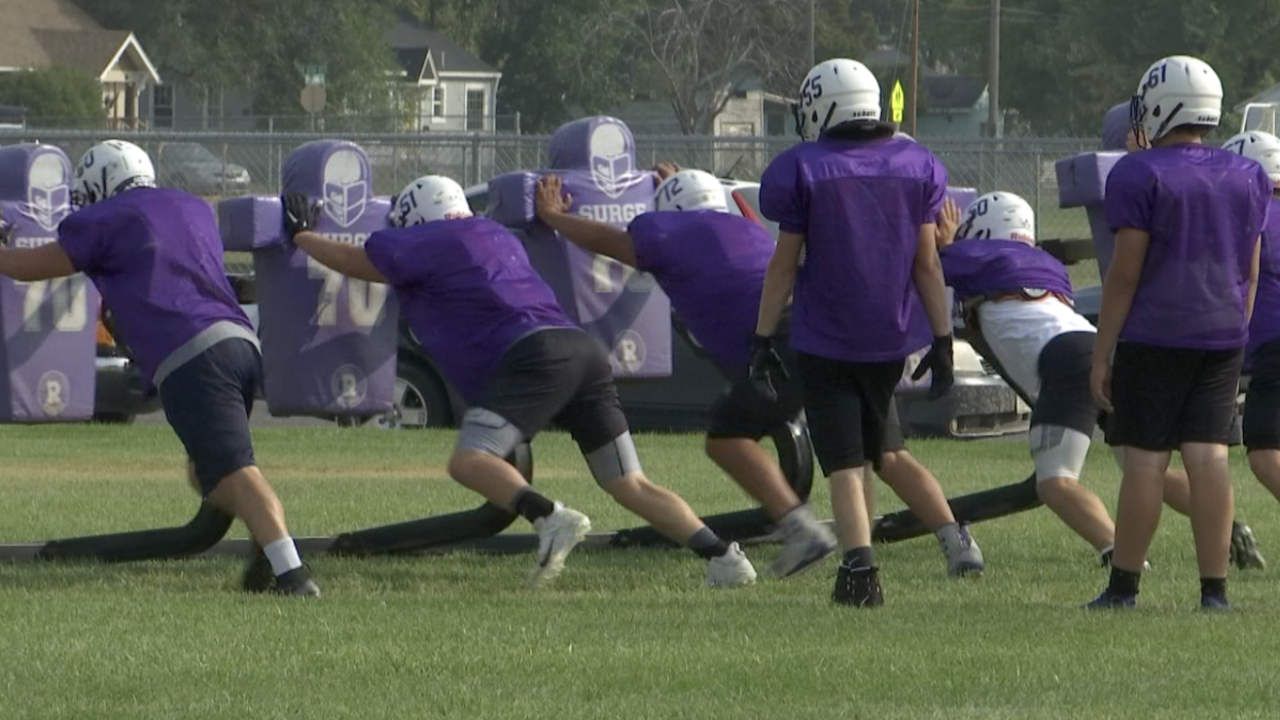 LAUREL -- Generally, a 42-point football win looks pretty good on the scoreboard. But top programs are rarely satisfied and that includes Laurel, which is chasing a trip back to Class A's state championship game.

"Too may penalties. That's kind of what stands out to me right away," Locomotives head coach Mike Ludwig told MTN Sports during a recent practice. "Too many penalties, we had close to 100 yards in penalties."

Despite producing more than twice as many penalty yards as points, the Locomotives housed Havre 42-0 for a season-opening road win Friday. But players admit miscues wiped away some of the shine.

"We played physical, but we just had too many penalties and we've got to cut down on that," said receiver/defensive back Jack Waddell. "And then, there were a few times we were in the red zone and just couldn't finish the drive."

It's not like the Locomotives are headed all the way back to the drawing board, but at least to the classroom for one of Ludwig's favorites motivators.

"Film is the best coaching tool that is out there," he said. "We've got a sideline angle, we've got an end zone angle."

That doesn't mean players avoid a little extra conditioning this week as a friendly reminder to stay focused on every down.

"I think we'll have a little punishment because we've got to cut those down," Waddell said. "I mean, that's too much to give up. And then we do watch film and look at what we did wrong and how we can position ourselves improve and limit those penalties."

"Kids have to be honest with themselves, they have to evaluate themselves," Ludwig added. "They're smart enough, they've played the game long enough (to ask themselves), 'What did I do right, what did I do wrong?'"

If it sounds harsh, don't mistake a negative vibe for a conquering mindset. Laurel's guys are bouncing around this week at practice and noticeably having fun. In fact, they threw a little light-hearted shade at Waddell after he showed up last for warm-up laps, calling him Jackee-poo.

"I cut myself returning punts, so I had to go bandage that up real quick," Waddell said with a smile.

Better to bandage a cut than a season.

After last fall's terrific run, the Locomotives came up one win short of the big trophy in Miles City. That rematch is scheduled for the last game of this regular season in Cowboy Country.

Ludwig knows cleaning up penalties and finishing red zone drives will come, maybe as early as this Homecoming Friday against Sidney. And his strategic outlook beyond that?

He makes it sound so simple.