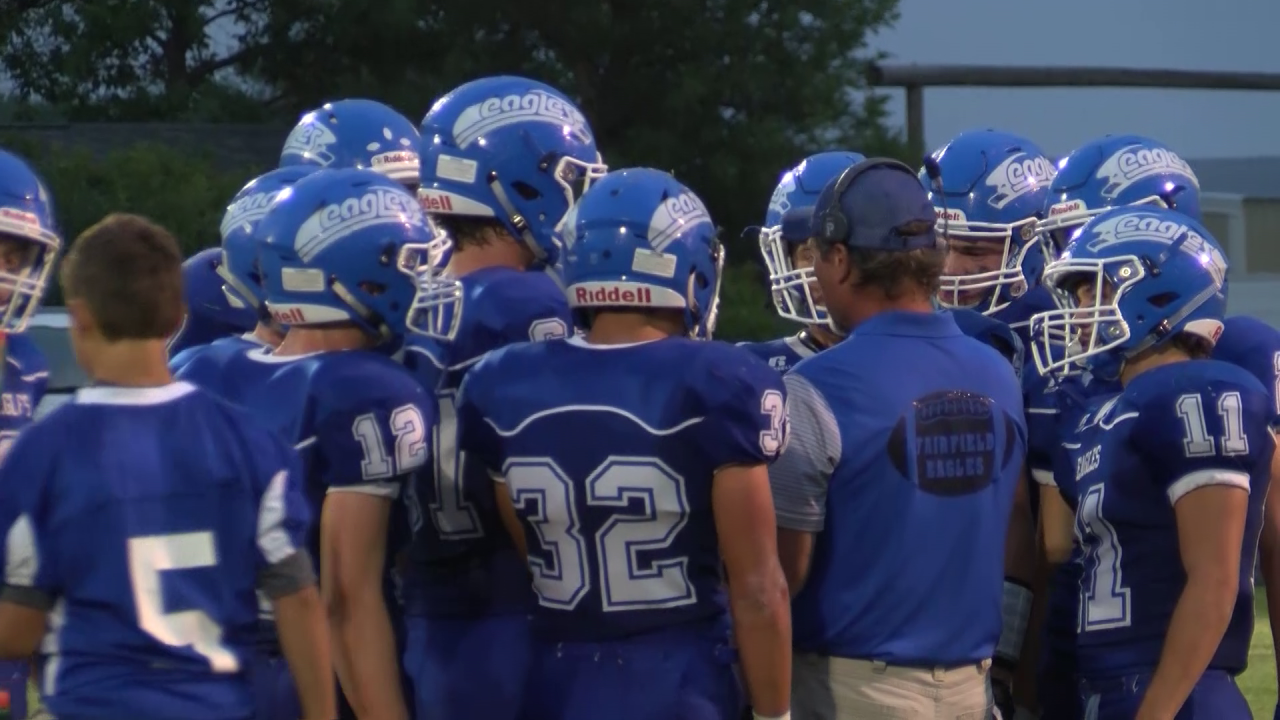 All five No. 1 teams from a week ago held their top spots in the latest MontanaSports.com high school football power rankings. Butte, Hamilton, Fairfield, Fairview and Big Sandy remain atop their respective classifications entering the final week of regular-season football. The playoffs begin across all five classifications Nov. 1-2.

Fairfield left little doubt in voters' minds after shutting out previously-unbeaten Malta 34-0 in a key Northern B contest. The Eagles can clinch the league's No. 1 seed with a win over Glasgow this weekend, which would give Les Myers' squad an unbeaten record heading into the postseason. Malta, Glasgow and Cut Bank have all clinched playoff berths, though the seeds have yet to be determined. Cut Bank travels to Malta on Friday night.

Florence made its first appearance in the Class B power rankings after topping rival Missoula Loyola for the first time in 17 years. The Falcons replaced Malta at No. 5, behind Eureka, Manhattan and Red Lodge.

Big Sandy was idle over the weekend while other key games in the 6-Man North helped North Star and Denton-Geyser-Stanford clinch postseason spots. The Pioneers meet fellow unbeaten Power-Dutton-Brady this weekend for the conference title and No. 1 seed in the playoffs. Power-Dutton-Brady tied with Wibaux, which lost its second consecutive game, for No. 5 in the polls.

Jordan held the No. 2 ranking, while Hot Springs moved up to third. Westby-Grenora, which topped defending champ Wibaux 52-42 last Friday night, is No. 4 this week. The Thunder joined Jordan in clinching playoff berths, while Wibaux, Richey-Lambert and Savage are all in the running for the other two positions. Wibaux and Savage meet Saturday afternoon with the winner securing a spot in the 6-Man postseason.

There was no change to the Class AA power rankings, with Butte holding off Billings West for No. 1 by only a few points. Missoula Sentinel, Bozeman and Helena Capital round out the top five, with Billings Senior moving into the receiving votes category. Butte has clinched the top seed from the Western AA, while Missoula Sentinel will be No. 2. Helena Capital (4-2 in Western AA) meets rival Helena High (3-3) Friday night. Kalispell Glacier, also 3-3 in leauge play, travels to Missoula Sentinel.

West and Bozeman are each 5-0 in conference play heading into their Friday night showdown at new Van Winkle Stadium. The winner earns the Eastern AA's top seed, while the loser is second. Billings Senior, which holds a bye this weekend, is the No. 3 seed, while Great Falls High and Great Falls CMR meet Friday night to determine the No. 4 and No. 5 positions. Belgrade and Billings Skyview meet in Belgrade in a battle of winless teams, with the victor clinching No. 6, the loser will be seventh.

In Class A, Hamilton and Miles City held the top two spots in this week's rankings, with the Broncs narrowly edging the undefeated Cowboys. Frenchtown and Dillon swapped spots, with the Broncs moving to No. 3 and Beavers falling to fourth. Laurel held onto the No. 5 position this week.

Miles City will be the Eastern A's No. 1 seed in the playoffs, no matter the outcome of its game against Sidney on Friday night. Hamilton is currently in a three-way tie with Frenchtown and Dillon at 7-1. Hamilton travels to Polson (4-4), Frenchtown is on the road at Libby (6-2) and Dillon hosts Whitefish (6-2) in games that will determine seeding in the Western A.

The MontanaSports.com voters kept the 8-Man power rankings the same as last week -- Fairview, Fort Benton, Alberton-Superior, West Yellowstone and Great Falls Central -- despite the Mustangs' loss to Fort Benton in the de facto 8-Man North championship game. The Longhorns defeated GFCC for the second time this season, 20-14, though the Mustangs have won every other game by at least two touchdowns.

Drummond-Philipsburg, St. Ignatius, Choteau and Centerville all received votes in the poll, and all have clinched playoff berths but Centerville, which faces Shelby this weekend in a win-or-go-home scenario for the 8-Man North's fifth and final playoff berth.