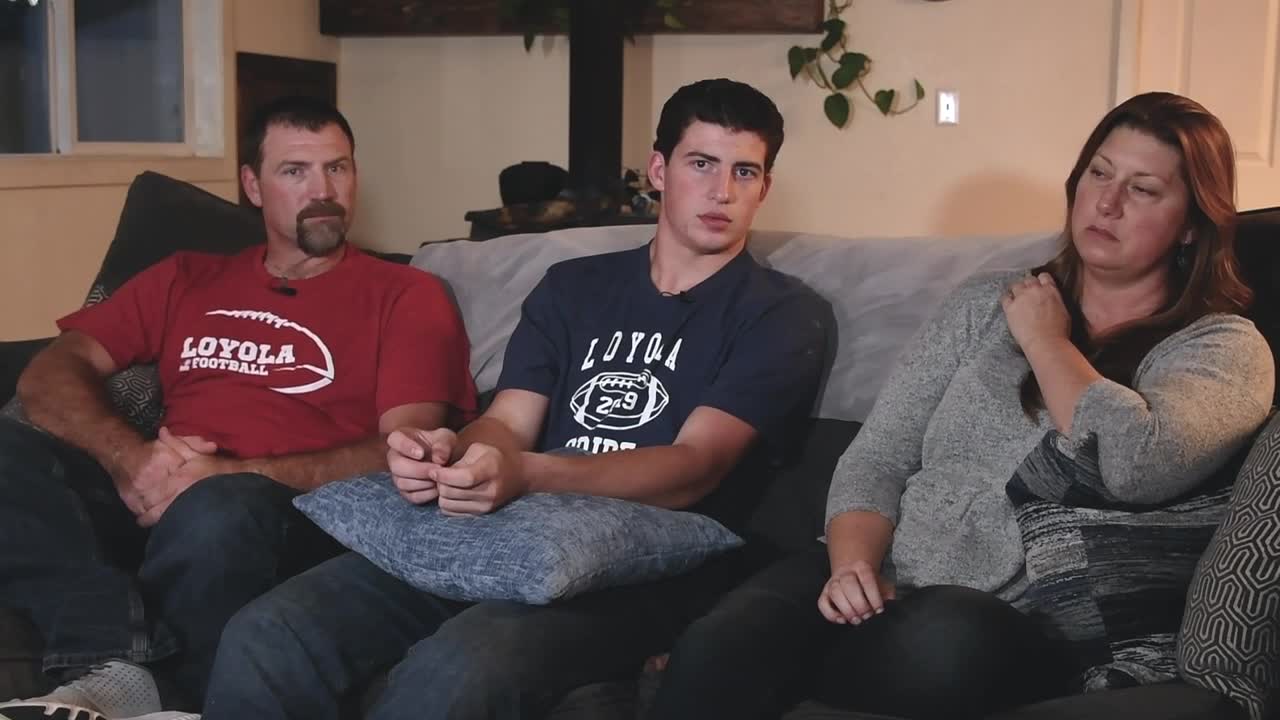 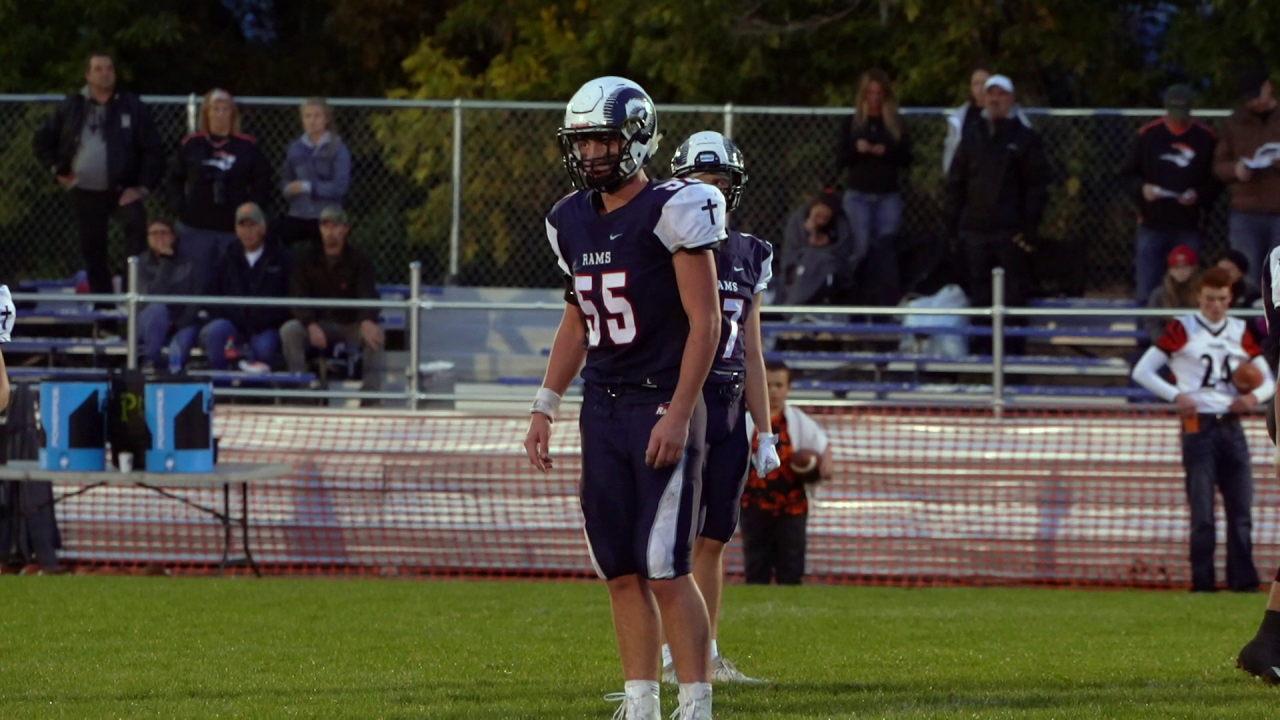 For Sessums, those obstacles began at an early age.

"The school does hearing tests, they voluntarily come in and check kids’ hearing, and they checked Izaac’s and told us that he had a hearing loss," recalled Cari Sessums, Izaac's mother.

That was nearly 10 years ago when Izaac's hearing loss was first noticed. Cari and her husband, Josh, had noticed Izaac's struggles with hearing, but until that diagnosis in fifth grade, hadn't realized how big of a concern it was. Izaac, too, was in disbelief.

"When I was told I needed hearing aids. That’s kind of the point where it was like, ‘Oh, OK. You’re deaf. Well, hard of hearing, I guess,’" he said.

"We went to the hearing aid institute and that’s where he got his first hearing aids, and it’s been good ever since. He has drops (in hearing) every year he goes in, decibel drops," said Cari. "He’s about a moderate hearing impairment, moderate to severe, I suppose. We just hope it stabilizes, that it doesn’t get worse."

"There has definitely been some challenges with it, whether it’s been school related," said Josh. "Being picked on," added Cari.

"He was picked on about it at first," agreed Josh.

"I don’t really remember a whole lot. I think I just kept to myself, kind of quiet about it," said Izaac. "Freshman year, I started to realize, ‘To get other people to be comfortable with it, I have to kind of joke with it, make it funny.’ Laughter is the best medicine. From there, jokes, but serious at the same time, and that makes everyone more comfortable, I think. That’s the way I look at it."

Over the years, as Izaac’s hearing worsened, it became more difficult for him to understand the teachers at Missoula Hellgate, harder to comprehend the learning material and, ultimately, emotionally frustrating. Clearly in need of change, the Sessums family decided to enroll Izaac at Missoula Loyola during the second semester of his junior year, where smaller enrollment and improved student-teacher ratio would be more beneficial to his learning.

"Ten times better," Izaac said of the move. "Nothing against Missoula Hellgate."

"Hellgate is huge. A lot of people. That was kind of a struggle," added Cari. "The noise, constant noise. Classroom size and noise in the classroom."

"This was a decision that we actually struggled with for a couple years, trying to decide if this was the right move to do for him or not, but he came home happy the first day and he’s been happy ever since," said Josh.

Izaac’s hearing impairment is now often an afterthought. He holds straight A’s and is a member of the National Honor Society, as well as Loyola’s student-body president, and he rarely misses a beat on the football field thanks to teammates and coaches. But that portion of his life is only the beginning of Izaac’s story, which included a cruel twist that put more than his athletic career in jeopardy.

"He had a shoulder injury of some sort," remembered Josh, who coached Izaac in wrestling. "He rehabbed it, was fine, went through a full offseason and summer training, lifting, no problems with it. He did fine. That sophomore year in football."

"Three games in, my shoulder was really killing me," Izaac said. "(Orthopedic physician Dr. Gary Willstein) was there on the sideline and he helped out and said, ‘Come on in. Get an MRI.’ It just showed that we had a fracture on the socket and then a torn labrum."

"They did another cat scan or MRI and found that it was, in fact, missing a big chunk. That’s when we were told he needed to do the OAT procedure, osteochondral autograft transfer," said Cari. "We had to wait for a cadaver to do that, and they explained to us that we needed to have someone his body type, age, which means someone’s kid, possibly. To wait for that, someone to pass, was very traumatic for us, very sad."

Eventually the Sessums family got the call that Izaac had a donor, though he nearly missed the opportunity after a severe battle with the flu and pneumonia. But after a successful surgery and relentless rehab, Izaac was determined to make up for the two years of high school football he lost with one last shot his senior season.

"They originally said, ‘Hey, we would like to check it out.’ They came, and it wasn’t even a week later, I got a phone call that said, ‘Hey, I think he’s going to try to play football,’ and I said, ‘Well, we’ll start him off slow,'" said Loyola head football coach Todd Hughes. "We had to hold him out of a lot of the contact stuff, we just didn’t really know if it was going to work out. I told him, ‘Football is going to last a very brief, passing moment in your lifetime. It’s going to be more important that you hold your kids and lift them above your head 20 years from now, so let’s just take it one day at a time.’"

Izaac and his teammates opened the 2019 season against Huntley Project on Aug. 30, a game held at Bobcat Stadium in Bozeman. It would be his first game in two years.

"We get there and we’re sitting in the crowd, (Cari) knows a couple of the moms, I didn’t know anybody, but everyone knew who we were," said Josh. "Everybody knew who he was. They’ve all welcomed us into their family, just like he grew up with all the rest of them and had been to school with them every single day. ... I can’t thank the other parents and other students enough for helping make that transition that much easier. That’s just huge. I can’t describe the feeling that it gives you."

"It’s a huge inspiration. We want to play for each other, but more so play for him. He’s been through so much," said Izaac's teammate and fellow senior Liam Haffey. "He’s been through it all. None of us have this hearing impairment, none of us have this crazy shoulder surgery. We’ve had tick-tack injuries here or there, but it’s incredible that he’s even still out here."

"It means a lot. I don’t know, it just hits in the heart a little bit," said Izaac, fighting back tears. "My message for anyone else would be to give everything you’ve got all the time, and do what you can 100 percent."