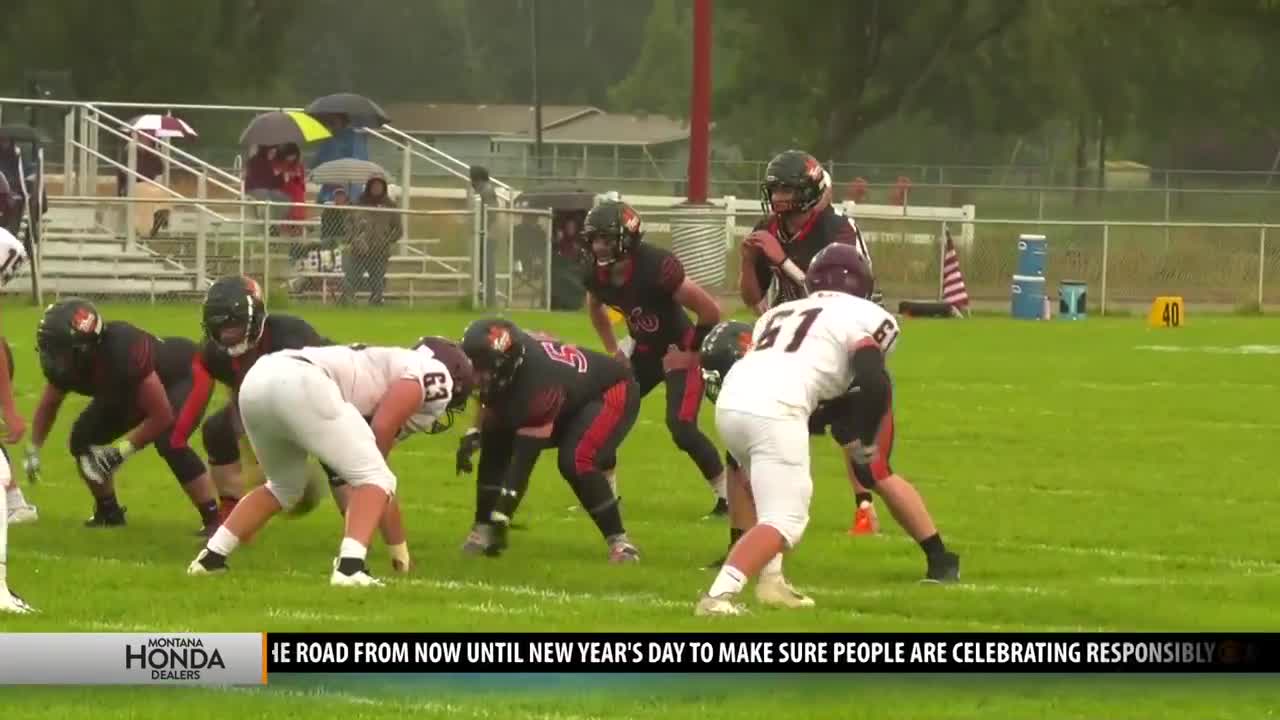 BOZEMAN -- The 74th annual Montana East-West Shrine Game is now officially set for Billings in July. Every year the rosters get released at midnight on Christmas Day, and while some stayed up until midnight to see if they made the teams, a handful of other all-stars didn’t even know they had a special gift waiting.

“I actually woke up and checked my phone and saw I had a couple texts, and I was kind of confused at first, and then I pulled up the article and found out and I was pretty surprised. I was pretty excited to hear the news,” said Bozeman wide receiver Brett Clark.

“I did not know they were getting released. I woke up and I checked the paper and my name was in it,” said Helena Capital quarterback Bridger Grovom.

“A good friend, he moved away last year ... he texted me and said congratulations, and I actually had no idea what he was talking about. So that was a good present for Christmas morning,” smiled Great Falls CMR's Bryce Nelson, who was selected as a cornerback in the Shrine Game.

To be named to the Shrine Game is the culmination of a lifetime of dedication to football.

“It just shows how hard we work and how much time we put into the game and how much we love the game,” Grovom said.

For others, it's a game that has been ingrained in their family.

“My brother played in the Shrine Game and I just wanted to keep the tradition going. I was really hoping that I'd make it, so I'm really happy that I did," said Missoula Sentinel's Jett Rebish.

But great athletes realize this is something they couldn’t have achieved on their own.

“I’d like to thank coach (Lee) Carter, linebacker coach, and then the whole coaching staff at (Helena) Capital for sure,” said Helena Capital's Zane McCormick.

“I’d like to thank coach (Kyle) Mihelish, and coach (Bill) Cockhill every day would push me to be the best I can and I wouldn’t be here without him,” added Grovom.

And to be one of only a handful of Montana athletes selected, to put the pads on one last time in high school, is something special.

“It’s a big honor. I grew up watching it all the time and it’s just a great honor to be able to represent your town and your school in that big scale of a game. So that will be exciting,” Clark said.

"I'm excited to lace the cleats up one more time and looking forward to it," said Nelson.

But to play one more game alongside their fellow teammates who also made the roster may be the biggest gift of all.

“Those guys that I get to play with again, so many amazing memories with them. Getting to go on the field with them one more time is going to be unbelievable,” said Bozeman wide receiver Carter Ash.

The 74th annual Montana East-West Shrine Game will be hosted on July 18, 2020 in Billings.