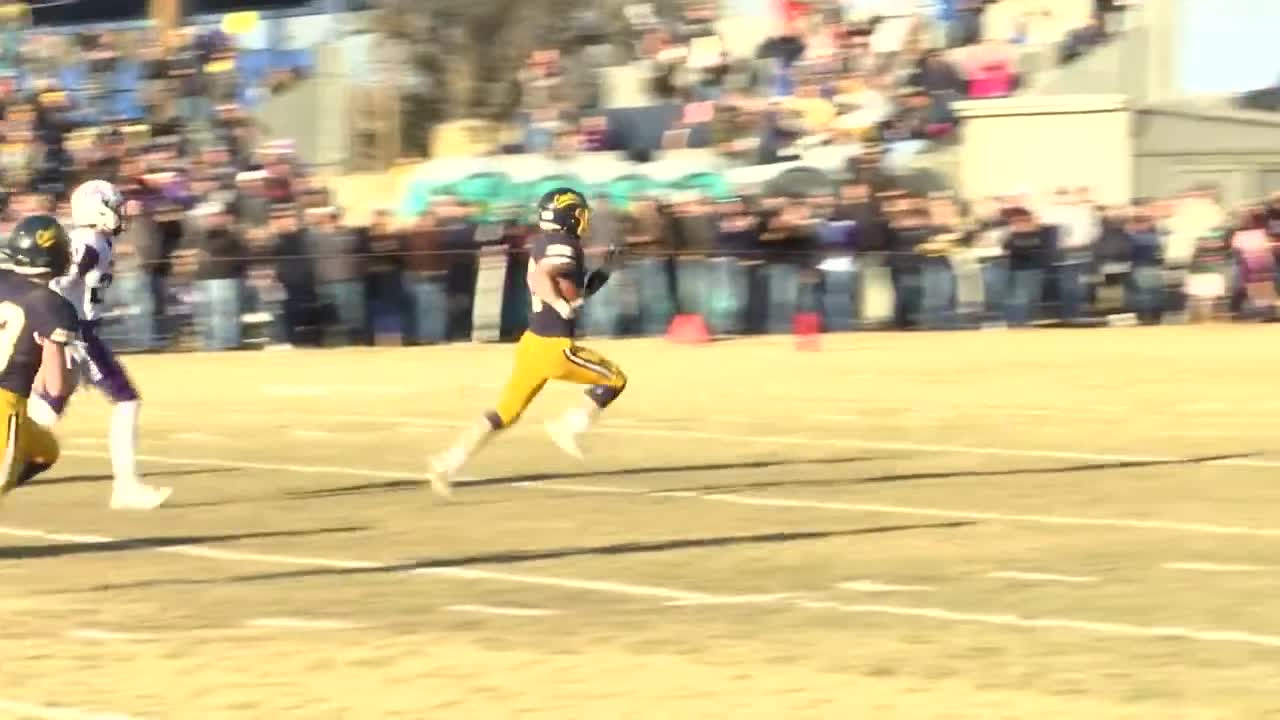 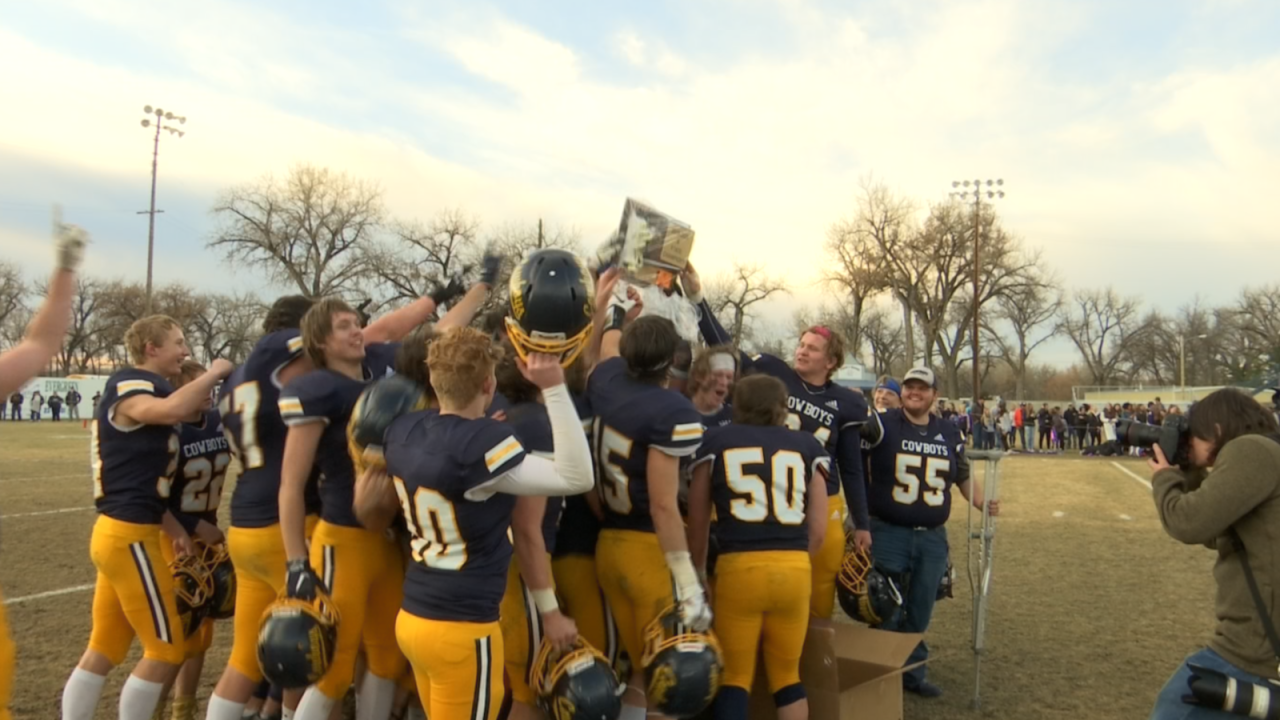 MILES CITY -- The Miles City upperclassmen had been dreaming of this moment since they were little kids.

The Cowboys claimed the Class A state football title with a 35-7 win over Laurel in front of their home fans at Denton Field at Connors Stadium on Saturday to bookend the decade with championships. Emotion burst out of several players, as tears and hugs were shared in the moments after.

"Speechless, man. Speechless," junior quarterback Carson Hunter said. "We've been dreaming about this since we were little kids, and to see it come real is unbelievable. I have no words. To see all the support, all the family here that loves you, it can't get any better than this. Truly thankful."

Miles City started fast, scoring on the game's opening possession. The Cowboys chewed up more than six minutes of clock on the drive, which was capped by a 10-yard rushing touchdown by Hunter. After a Laurel punt, it looked like Miles City would add to its lead after Hunter hit Jess Bellows for a huge gain, but Bellows had the ball ripped out by Keagan Campbell giving Laurel possession.

Turnovers, though, were just beginning. Laurel drove the ball deep into Miles City territory, but Cameron Younger had the ball stripped and Miles City took over. The Cowboys, though, gave it right back. In Laurel territory the Cowboys opted for a halfback pass by Bellows. Bellows, though, was intercepted.

"They're a good team, Laurel's a good team," Miles City head coach Jeff Regan said. "They're going to make us make some mistakes. They're a very physical, hard-nosed, well-coached team. That's just what happens when you're playing a good team."

"We just told each other we have to stay up. Those things happen and you can't fall apart. You just have to keep going," Bellows said.

Again Laurel drove the ball methodically down the field on the heels of its rushing attack, but the turnover buck struck again. Younger never fully controlled the handoff from Eli Aby and coughed it up into the waiting arms of Aidan Barrows.

The teams traded punts and the Cowboys took over with 1:38 left in the first half. Hunter drove Miles City down the field and tossed a 17-yard touchdown to a wide open Barrows to push the Cowboys' lead to 14-0 at halftime.

After forcing a Laurel punt to open the second half, Miles City finally struck with a big play. Hunter uncorked a deep ball to Bellows, who caught it in stride near midfield and went streaking untouched into the end zone for an 84-yard touchdown to put the Cowboys up 21-0. That was just the beginning of a record-breaking day for Bellows.

"(Laurel) had to keep an extra guy in the box, and it's hard to guard (Bellows) one-on-one," Regan said.

"That's huge for momentum. Jess made a crazy play to flip the script there. We felt it. We felt we had it, we knew what we had to do, so we went out and did it," Hunter said.

An Ethan Renner 52-yard touchdown pass from Aby at the beginning of the fourth quarter cut the Miles City advantage to 21-7, but the Cowboys turned to Barrows and their rushing attack to milk the clock. Miles City took it down to the 1-yard line before Hunter crossed the plane for his second rushing score of the night.

Laurel fumbled the ensuing kickoff, and Hunter hit Bellows for the duo's second scoring connection of the day to give Miles City its 35-7 margin with 5:30 to play.

"I'll be honest with you, I didn't think we had it until the clock ran out," Regan said with a laugh. "You always think of the worst."

Hunter was 14-of-18 for 285 yards and three scores through the air while also adding 37 rushing yards and a pair of touchdowns. Bellows finished with eight catches for 222 yards and two touchdowns. The 222 yards are a Class A playoff record, breaking Havre legend Marc Mariani's record of 220 yards in the 2004 title game against Billings Central, according to Class A historian Brian Reed.

Hunter finished the season with 2,548 passing yards, 36 touchdowns and just five interceptions. Hunter set Eastern A records for completion percentage, yards and touchdowns. Bellows finished with 63 catches, and Eastern A records of 1,296 yards and 18 touchdowns. He is also Class A's leader in career postseason receiving yards with 709 yards on 31 receptions, per Reed.

"Those two have been great. Phenomenal. Jess has been just going out and getting it, and Carson has been hucking it up," Todoroff said. "It's awesome just running down the field after Jess catches it and just keeps on going. There's nothing like it."

Saturday's win is the 10th football state championship in Miles City history and its third since 2008.

(This story will continue to be updated)