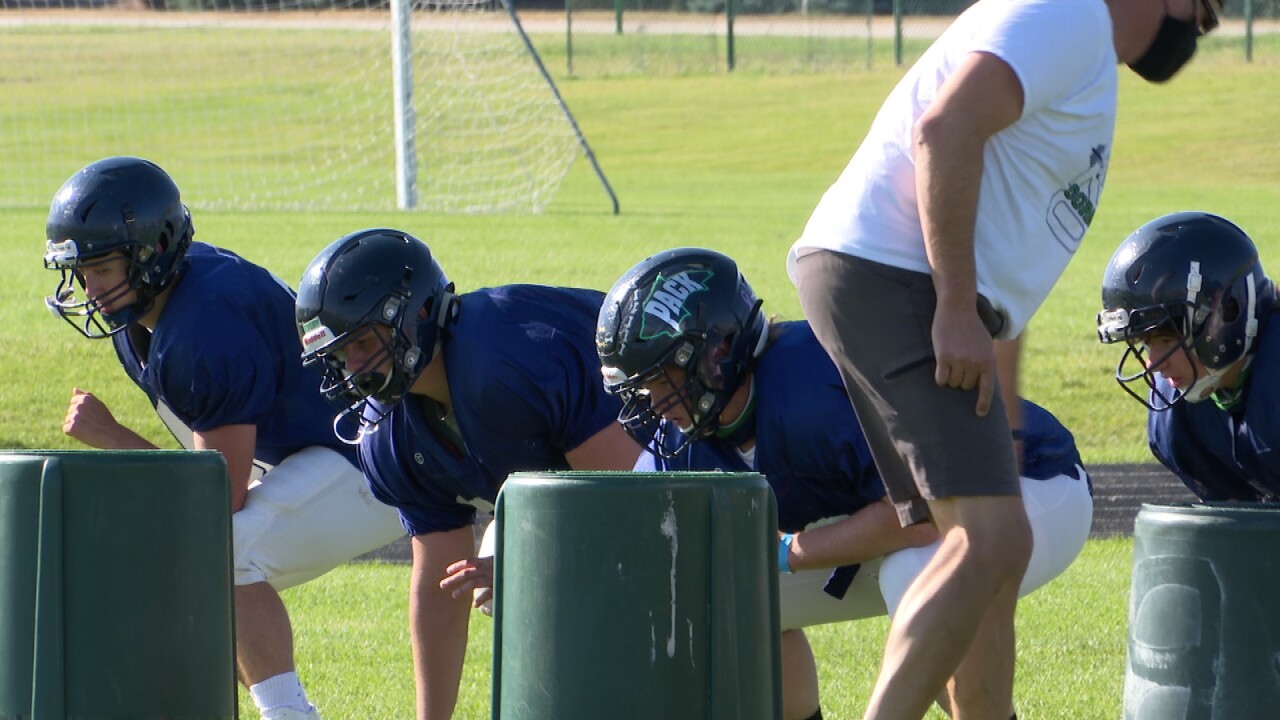 Jack Ginsburg/MTN Sports
The Glacier offensive line prepares for their week one game against the Helena Capital Bruins.

KALISPELL — Kalispell's Glacier High School opened in 2007, and it didn't take long for the Glacier Wolfpack to become a dominant force in Class AA football.

It took just two seasons before Glacier saw the playoffs with a first-round appearance in 2009.

Then, in the following seven seasons from 2010-16, the Wolfpack reached the state championship game three times and won it in 2014.

But in the past three seasons since losing the title game to Billings Senior in 2016, the Wolfpack have yet to make it past the first round of the playoffs.

Last year they won a play-in game against Great Falls High before losing to the eventual state runner-up Butte Bulldogs.

However, the Wolfpack look like they're on the right track to success in 2020 as they return a number of stars. Quarterback JT Allen, tight end Luke Bilau and running back Jake Rendina all return to the field after solid 2019 campaigns.

"I think having our quarterback back is always big," said Glacier head coach Grady Bennett. "That gives you a huge advantage with leadership just with the guy running the show on offense."

Both Bilau and Rendina are still young as well. Both earned all-state honors in 2019 as sophomores and they'll look to continue to upward trend this fall.

"They're both great athletes," said Bennett. "And as juniors this year they're going to be a huge focus."

While the offense is looking top-notch, the defense is still working out the kinks before the first game.

"Defensively we're still trying to find our identity," said Bennett. "I think we'll be good, but we really don't have returners on that side of the ball, so we're going to look for that leadership, those guys to step up in those first few games."

Coming into 2020 Bilau and the rest of the Wolfpack are confident and think they can compete with any team in Class AA.

"I feel like it’s just everyone keeping the same mentality. We all want to win, every team wants to win," said Bilau. "We just have to want it more than the other opponent and we have to go out there and show it every day."