Jerry Racine back as Browning football coach, excited to get to work 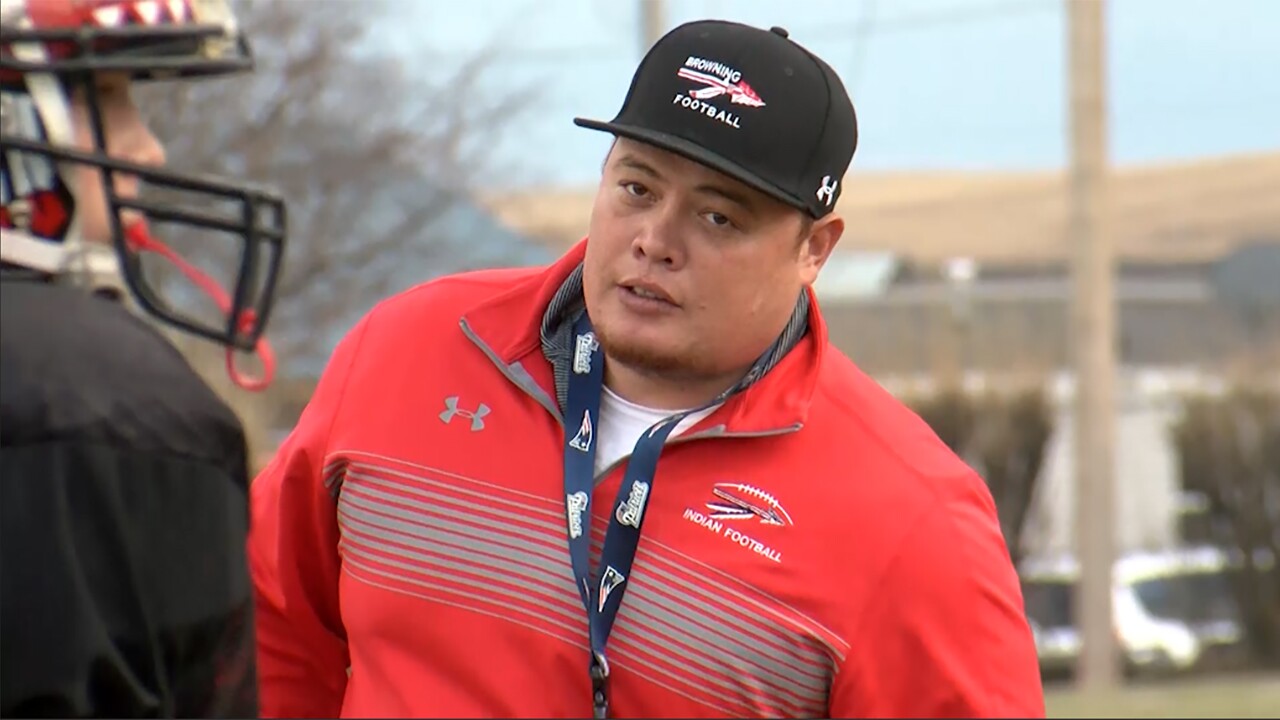 MTN Sports
Jerry Racine is back as the Browning football coach. He previously coached the Indians from 2016-18, leading the team to the Class A state football playoffs in 2017. 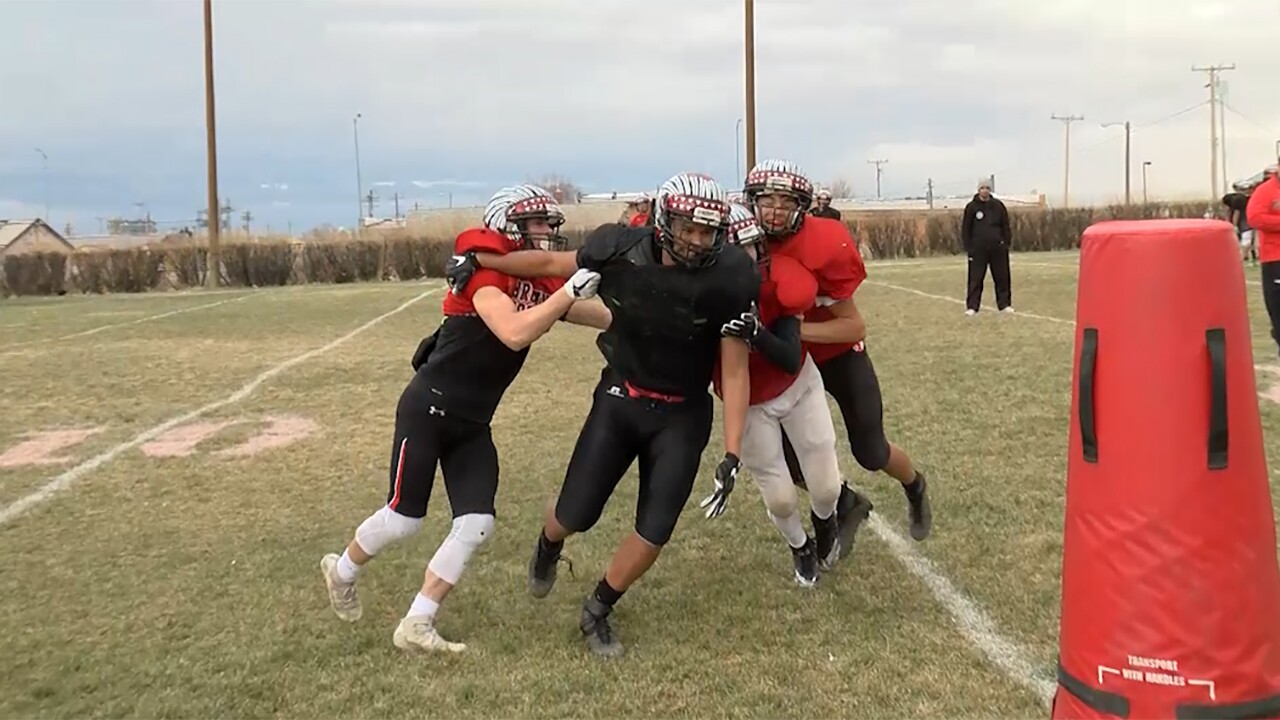 Such is life for a new head football coach during the coronavirus pandemic that shut down much of the country and still has heavy restrictions in place on the Blackfeet Indian Reservation. Racine is looking for the 100-plus-pound ties or firewood logs to help his football team train during this offseason when the Browning High School facilities are off limits.

“Kids can flip railroad ties and use their hands, learn to punch and shed,” said Racine, who is returning to coach the Indians this fall after a one-year hiatus.

“A lot of kids don’t have weights, so trying to use whatever they have around them,” he continued. “It’s been a lot of bodyweight stuff, utilizing the hills we have in our community and doing hill sprints and different running forms. Using the technology we have to go over plays and things like that.”

Racine and the Browning football team are facing an uphill battle with coronavirus-implemented restrictions to get in quality workouts in June and July before the Montana High School Association-sanctioned practices start in mid-August. Racine is getting reacquainted with the Indians after spending last season helping out as an assistant with the Hays-Lodgepole program. He previously coached Browning from 2016-18, leading the Indians to the Class A state football playoffs in 2017. The 2017 team snapped a 34-game losing streak and reached the playoffs for the first time since 1989.

“2017 was pretty wild. It brought back a lot of pride, that’s the one thing that I (saw). Everybody was painting on the businesses, ‘Go Big Red.’ They had to build new bleachers just so we could … hold all our fans. We have a unique field with all the hedges going around the field, so people were pulling up fifth-wheel trailers so they could stand just to be able to watch the game. It was a pretty wild, intense atmosphere,” Racine said.

Among the talent returning from last year’s team are a strong offensive line and three standout receivers, according to Racine. Chucky Braverock was an all-conference honorable mention at center last year, and Cody Carlson received first-team all-conference recognition in the Western A at receiver. Racine also mentioned Blayne DeRoche and Joe Bullshoe as skilled pass catchers. Carlson and DeRoche both earned all-conference honors in basketball, as well.

“Growing up here, I understand our athletes,” Racine said. “Our kids are fearless, our kids are tough. It’s just understanding that you take one play at a time, just do your job, focus on doing your job and just help others around yourself to be the best they could be.”

Racine takes that philosophy beyond the sidelines, too. A 2004 Browning graduate who went on to play college football at Haskell Indian Nations University in Kansas, Racine said he’s long wanted to give back to the youth on the reservation.

Since returning from Kansas, Racine has worked with young athletes, using his experiences learned at college to train and develop them in the weight room. He’s helped mentor kids off the field, too, trying to teach responsibility and discipline by having his players shovel snow for the elders during Browning’s harsh winters or help them clean during the spring.

“Football’s just a tool, but it’s a tool that opens up a lot of doors, as well,” Racine said. “The things I did in the past and will continue to do in the future, just teach responsibility of your community, so we’ll clean up our community.”

Racine’s experience working with kids has led to his career in teaching and coaching. In addition to coaching the Browning football team, he’ll teach at the elementary school, giving him the best of both worlds.

“I’m excited about it. I enjoy the elementary. They’re excited to go to school every day. They bring a big smile and they’re just happy,” he said. “I work with the high school kids after school, so it’s kind of a win-win for me.”

And he’s looking forward to trying to bring more wins back to the gridiron with a squad that won three games in 2018 and two last season. Racine’s previous three-year stint at Browning included that 2017 season, one of the most successful seasons in recent program history.

The 2017 Indians finished the regular season 5-4, trailing only eventual champion Columbia Falls in the Northwestern A conference standings. That earned the team the opportunity to host a playoff game that fall, which it ended up losing to Frenchtown. Ryne Nelson, the former Montana State-Northern linebacker and current defensive line coach at Montana Tech, was the Broncs’ coach that season.

“My good friend, Ryne Nelson … said, ‘I’ve never seen a high school atmosphere like that,’” Racine recalled. “It’s something I think Browning has been wanting to happen for a very, very long time.”