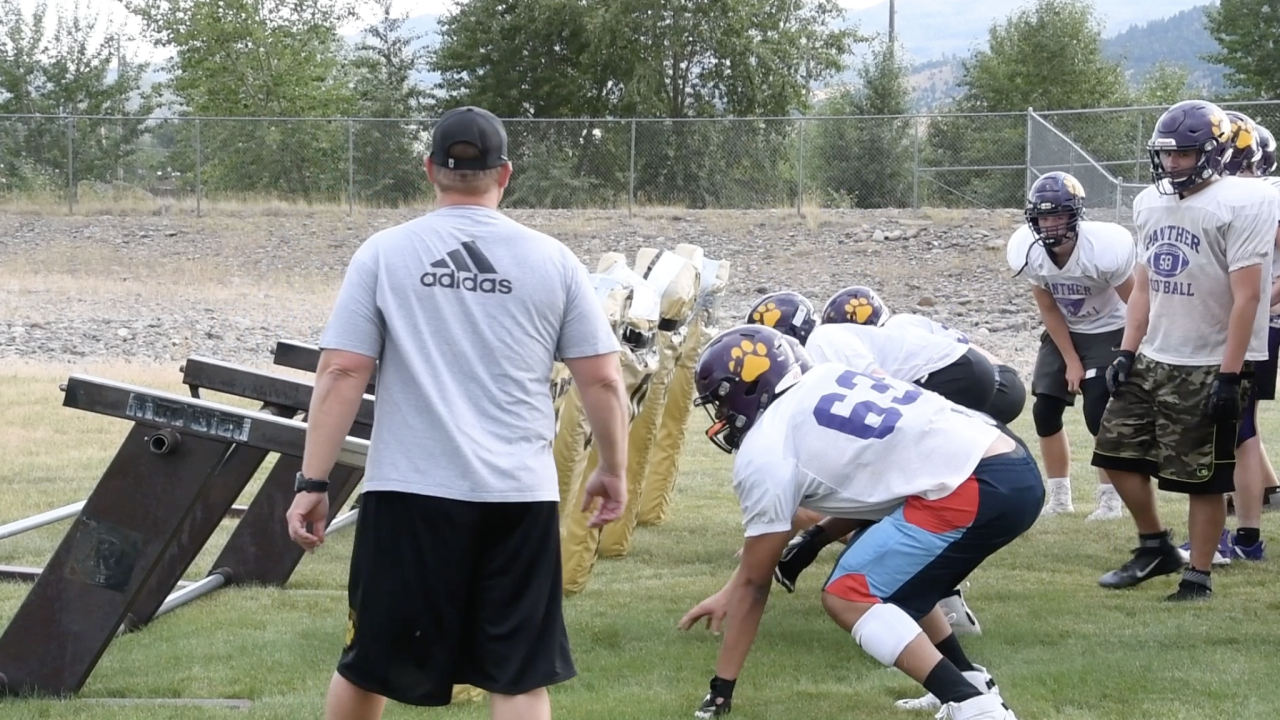 BOULDER — Most football coaches see a returning starting quarterback as an advantage for their team going into the season.

“Derek Nygaard, who played quarterback last year, but he’s 6-5, 260, so we moved him up to the (offensive and defensive lines) now, and he put a lot of time in the offseason lifting and getting stronger and stuff,” said Jefferson head coach Clint Layng. “And he’s really taken a leadership role.”

That’s right. Nygaard was the Panthers’ biggest player last year, one of only five guys on the team to tip the scale at 200 pounds or more.

With Nygaard moving to the line this season, Jefferson boasts a heavier offensive front, which should pay big dividends.

“It’s actually been a lot smoother than I thought,” Nygaard said of the transition. “I thought it was going to be a lot more difficult, because I haven’t played O-line since probably middle school. But it’s been pretty smooth so far.”

“There’s positives to everything, but I like it down on the line,” he added. “Get to protect the new quarterback and rough kids up.”

That new quarterback will be Avery Stiles, who has proven to be one of the best multi-sport athletes in Class B, also excelling in basketball and track and field. He won the Class B state high jump championship in 2018 and the State B long jump title in 2019. Stiles will help Layng and his coaching staff implement the run-first power offense they desire.

While Stiles will surely provide his own rushing element, guys like Jaxson Yanzick will help carry the load. Yanzick, who was a team captain last year as a junior, was hurt for part of last season but his now “fully healthy,” according to Layng.

“Out of our offensive line, we’re expecting a lot, because like coach (Josh) Morris has said, we’re a run-heavy team, not much of a pass-heavy team,” said senior lineman Coen Guisti. “I think if our O-line can create holes for our running backs, we should be pretty good.”

That size makes its way to the defense, too, where many of the O-linemen will also play on the D-line, which should make life easier on Jefferson’s young linebackers and veteran secondary.

“Right now, I’m thinking we’re going to do pretty good,” Guisti said. “I’m pretty comfortable with where we’re sitting and everybody in their positions. I think coach has put us there for a good reason, and we should perform pretty well.”

“Last year, we had games where we started two freshmen at times,” Layng said. “Our sophomore class is looking good. They’ve developed over the offseason. They’re bigger now, they’re stronger, faster, they have more experience, so they’re going to fill in nicely with our team this year with our senior class, too.”

The Panthers open their season with a non-conference game against Florence inside Washington-Grizzly Stadium on Aug. 30.