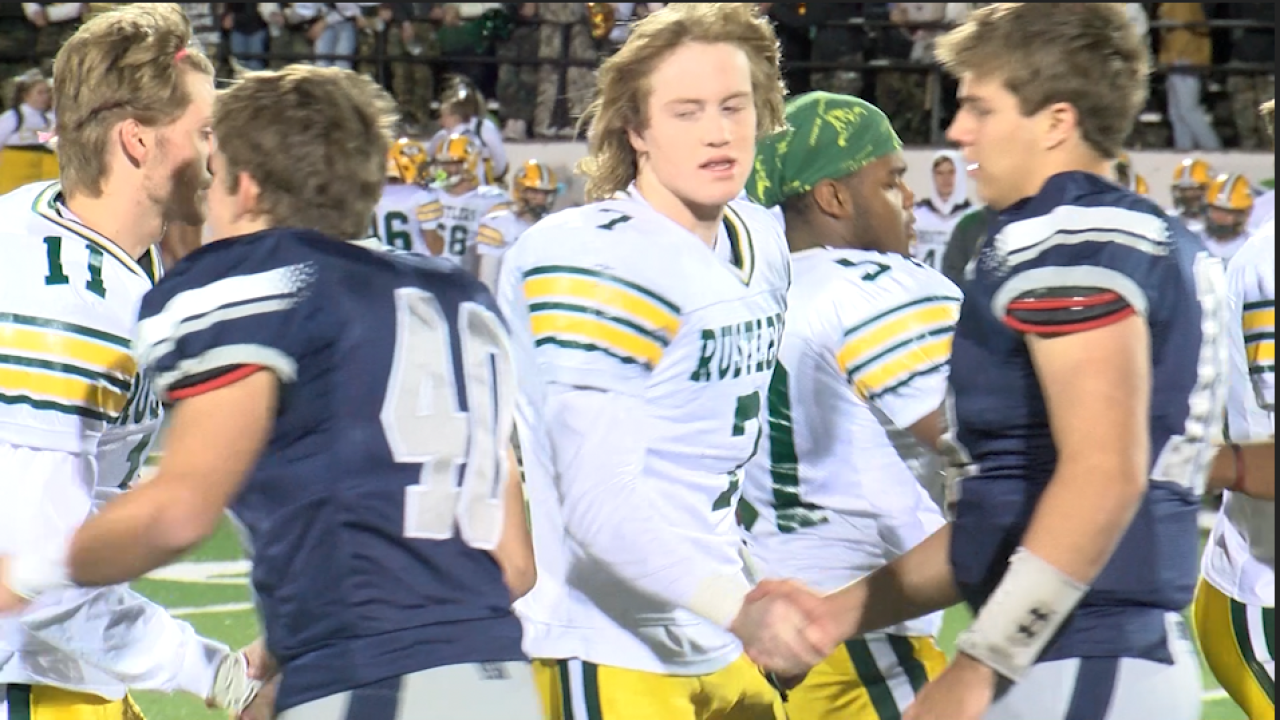 GREAT FALLS — Earlier this week, the Montana High School Association announced its guidelines to return to fall sports. But as the calendar approaches August, there are still plenty of questions.

For the Great Falls High and Great Falls CMR football teams, preparation for a COVID-19 season began long before these guidelines. Starting in early June, the Rustlers were already getting used to it.

"We've been teaching COVID guidelines the entire time, so our kids already know (when) they walk into the school, it's mask on, get where they need to be get, social distancing apart," Great Falls CMR head coach Dennis Morris said. "It's actually been pretty easy since we started with the the guidelines and the restrictions. All we did is teach them to our kids and tell them exactly what needed to happen and they've done a great job. And they show up. And now we don't even talk about it. They just know what to do."

But while prepping to play is one thing, traveling on buses and using locker rooms are other logistical problems that don't fall under the MHSA's guidance.

"I've never worried about before how many kids that we can take on a bus, let's just put it that way," Great Falls High head coach Mark Samson said.

Not to mention how many fans can be in the bleachers, which could be different depending on the town or county.

The MHSA has five tiers for its return to sports plan, starting with an “as scheduled” first tier right now. But scheduling gets progressively tricky in tiers two through five.

"I'm kind of on the fence. I mean, I want to play, and I've got a great group of kids," Samson said. "But then the other part of me says, 'I hope they don't shut us down for a week or two because something bad happened,' because we're never going to get that back."

"I think everyone knows some teams are going to get affected by this. And who knows, it might be Great Falls High, might be C.M. Russell," he continued. "So do you just say, 'Well, we just live with it and we just move on,' or do you shut everything down and try to believe that maybe next March everything will be good?"