Duo has accounted for 55 touchdowns 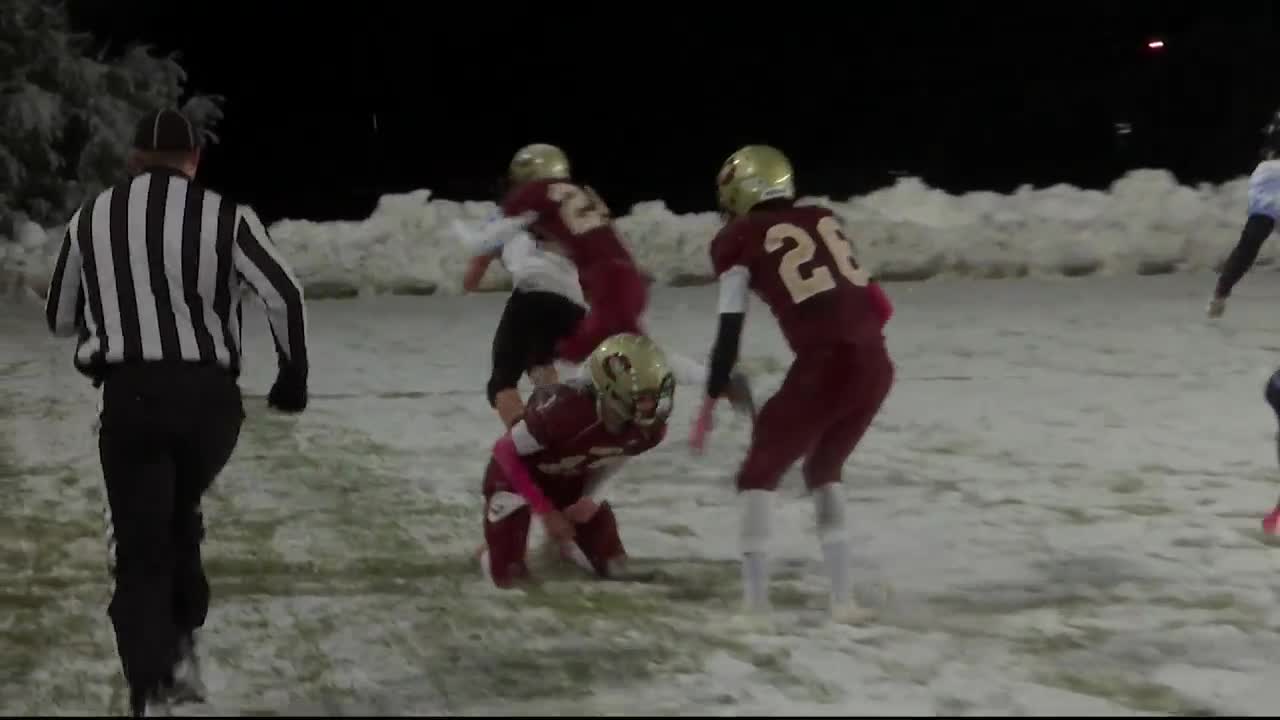 Shields Valley won the 6-Man South regular-season title with an unbeaten record in conference play, and after last weekend’s win over Geraldine-Highwood the Rebels are in the quarterfinals of the 6-Man playoffs.

Shields Valley has won in a variety of ways – whether it be a low-scoring slugfest or a shootout. The Rebels have an explosive one-two punch on offense with Emmett Gilbert and Aidan Jenkins that teams have struggled to contain.

“It’s really exciting. We’re putting in new stuff every week with these guys," Shields Valley head coach Mitch Ward said. "(Gilbert) is our workhorse. He’s running the ball – he can run the ball 20 times a game. We need a big play, we give the ball to Aidan. They’re different in the way that they work, so it’s fun to do different stuff with them.”

“Emmett’s got the run game, I’ve got the pass game, so it’s just hard to stop us. Us going back and
forth, it’s just fun. No one can stop us," Jenkins said.

Gilbert has over 1,100 rushing yards and 19 touchdowns on the ground and two more receiving, while Jenkins has accounted for 31 touchdowns, over 1,500 total yards and averages nearly 15 yards per touch. The two are also critical components to Shields Valley’s stout defense, which has
allowed just three opponents to score more than 20 points.

Jenkins has 118 tackles, eight interceptions and two defensive scores and has been a ballhawk in the secondary. Gilbert has been a physical force at middle linebacker, racking up 152 tackles and grabbing three picks of his own.

“The kid’s insane,” Ward said of Gilbert. “We put him at middle backer and say you’ve got to cover sideline to sideline, and he does. 6-Man you do a lot of dump passes, you can pass it to anybody and he’s able to cover from sideline to sideline and does a great job. He’s so athletic and such a great open-field tackler.”

The Rebels will host defending champion Wibaux on Saturday afternoon. Wibaux beat Shields Valley in the opening round last year, 59-6.