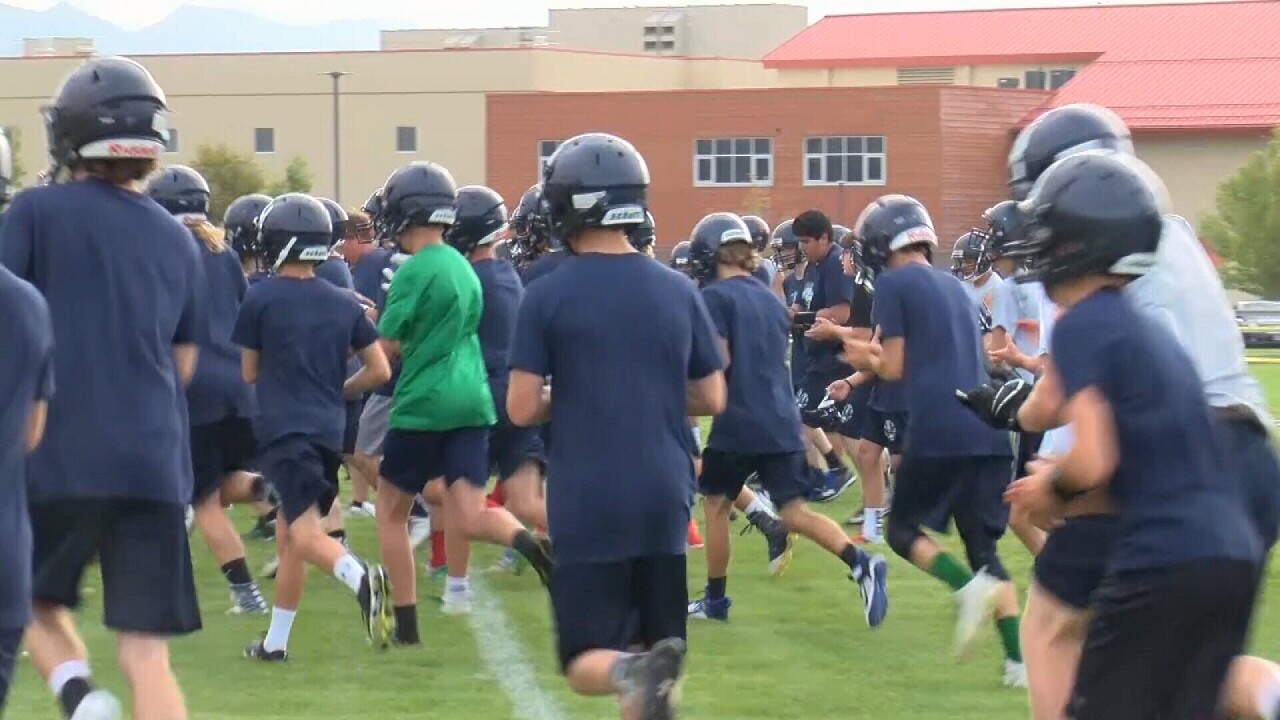 Jack Ginsburg/MTN Sports
The Glacier Wolfpack football team is looking to bounce back in 2019 after two tough, down seasons.

KALISPELL -- Better late, or at least last second, than never.

Each home participant will be allowed four spectators, two per lanyard, which were previously handed out to home participants. Home spectators will check in at the ticket booth by showing their lanyard and giving the name and number of the player/athlete, according to a press release shared by Dennehy, which can be found below.

Visiting teams will be responsible for providing a list and cell phone number of attendees prior to the event, and those spectators will be required to check in using their pass and/or ticket, while again providing the name and number of the player/athlete they are watching.

"The health department communicated with our superintendent and (they were) open to looking at some modifications, so we worked on those modifications and got (their) blessing, that’s where we’re at," said Dennehy. "I think there’s been a lot of patience with parents and fans, however I think some of the patience may have worn out. I think there was a lot of communication with health departments, school officials, and I think people put their heads together to try to meet them where we could."

It's a step in the right direction for parents and guardians that have spent the past month wondering if they would be able to watch their children compete. Dennehy agreed it's important for those guardians to be in attendance for a variety of reasons, but also stressed the importance of following the guidelines to make sure that attendance is allowed to continue.

"We’re going to make sure we follow the (Montana High School Association) guidelines, wearing masks, social distance, washing hands — it’s all important for the safety of our parents and kids," he said, noting that there will be no mingling with the participants of the activity and visiting fans won't be allowed to enter the facility until 30 minutes prior to the event.

"I think it’s a good thing, particularly parents want to see their kids play," Dennehy continued. "But, if there’s an injury, it's very important, in fact (Thursday) we had a soccer gal that may have broken her ankle and her parents were actually outside the stadium and able to take her to the hospital. Those are positives of having parents in attendance, and any time we can put a few more folks in the stands, it’s better for the kids, our programs. All while being safe, for sure."

Dennehy said the updated policy will affect all of the Flathead County schools -- Bigfork, Columbia Falls, Kalispell Flathead, Kalispell Glacier and Whitefish. Columbia Falls travels to Whitefish Friday evening for a Western A football clash, while Bigfork will play host to a cross-class game against Lewistown on Saturday afternoon.

Kalispell Glacier and Helena Capital are scheduled to kick off at 7 p.m. at Legends Stadium on Friday evening.

The entire Flathead County press release regarding spectators can be found below.