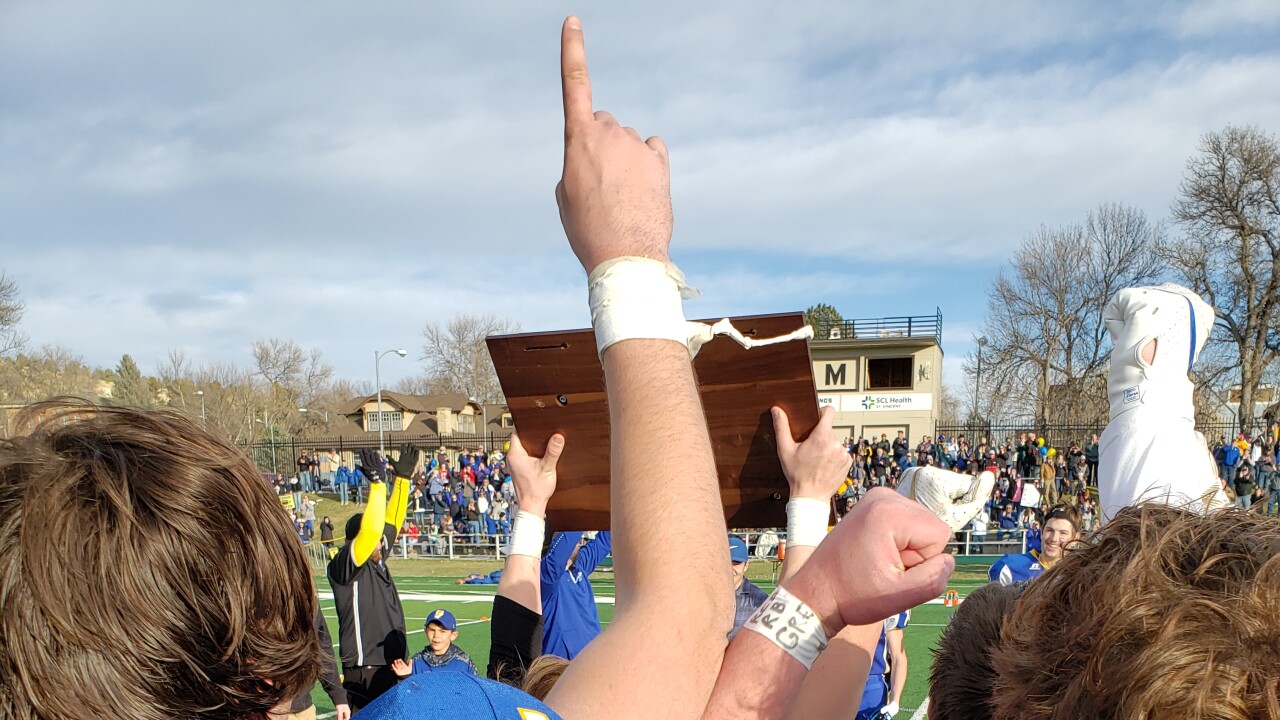 BILLINGS — The Fairview Warriors put an exclamation point Saturday on one of the most dominant 8-Man football seasons in recent memory, beating Clark Fork 70-6 in the 8-Man state championship game at Herb Klindt Field on the campus of Rocky Mountain College.

Clark Fork, a recent co-op between Alberton and Superior, won the coin toss and elected to defer their option to the second half, which allowed Fairview to receive the opening kickoff, which senior Cody Asbeck returned 70 yards for a touchdown.

"It's probably everyone's dream to score an opening touchdown like that, hear the roar of all of our crowd that came in to support us. It was crazy," Asbeck said. Fairview had well over 300 fans in attendance at the neutral-site title game.

"That set the tone," said senior quarterback Alex Schriver. "We knew we were going to have a big day after that."

On the Warriors' first offensive possession, Schriver found Jesse Selting on a deep pass at the 15, and Selting then dove across the goal line for a 37-yard touchdown to put Fairview up 12-0. Schriver came up with an interception on Clark Fork's ensuing drive, and then punctuated it with a 50-yard TD run that saw the QB break at least four tackles.

Schriver threw two more touchdowns in the first quarter, one on a jump ball to Asbeck that the senior won against two defenders, and another on a shovel pass that Selting took 60 yards, out-running the Mountain Cats down the sideline. Fairview led 34-0 just over 10 minutes into the game.

A 2-yard TD run from Asbeck - and ensuing two-point conversion from Schriver - triggered a running clock with 8:11 to play in the first half. Fairview led 56-6 at halftime.