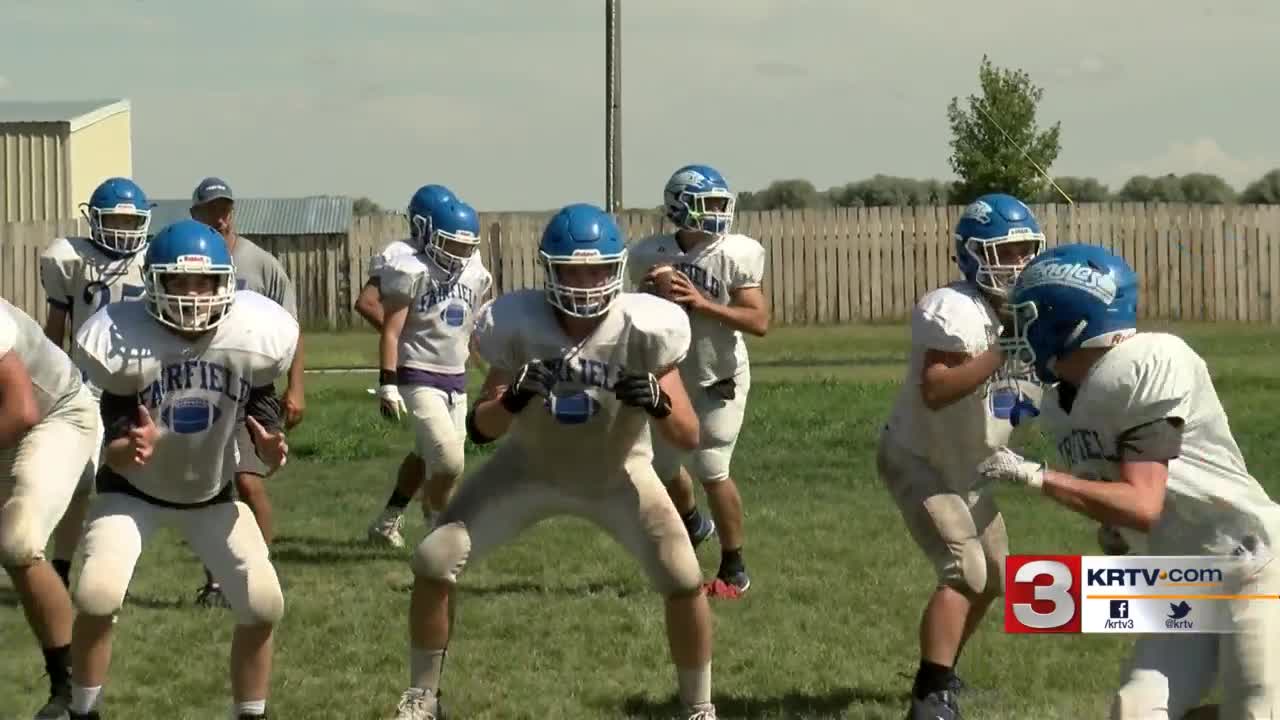 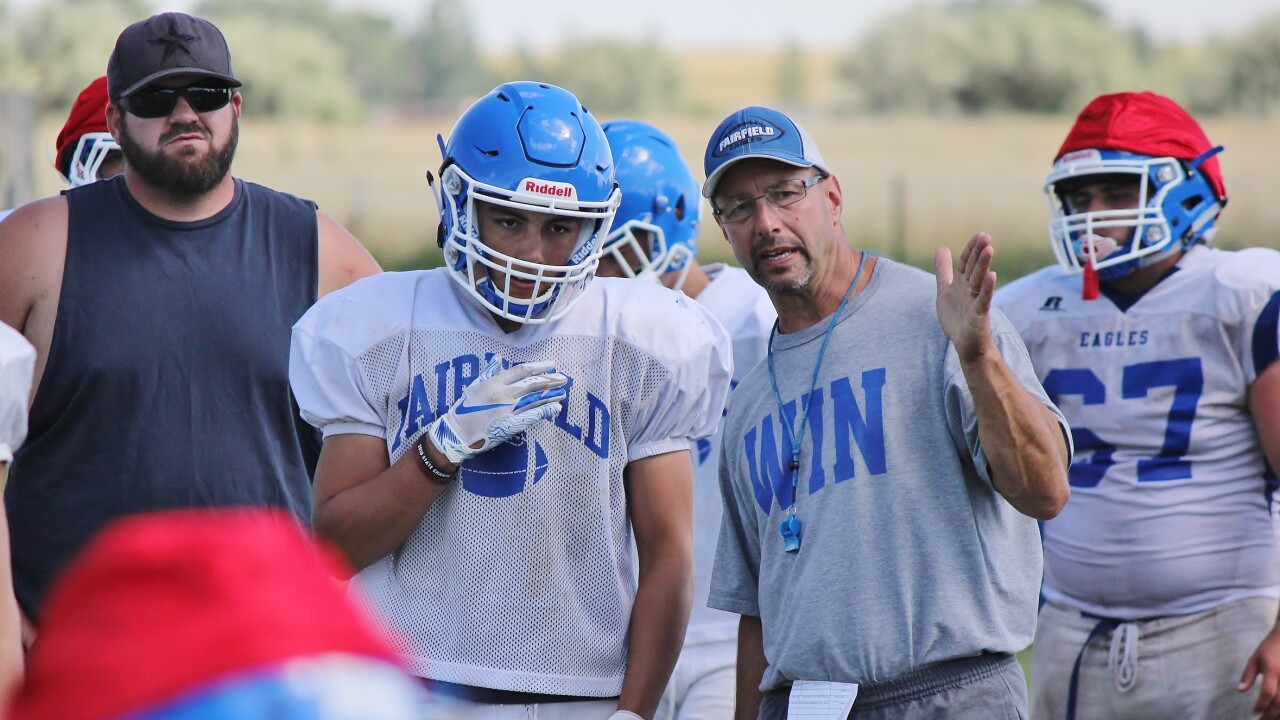 FAIRFIELD — It’s become a common refrain over the last decade: The Fairfield Eagles are defending state champions in Class B football.

And as a result, the Eagles enter the 2019 campaign with a target on their backs. But with the loss of a big and talented senior class, there are some unknowns with this team, and the young guns of yesterday are going to have to fill in quickly.

"You hope that you did enough fundamentals with the young guys and that they caught on so you’re not starting from scratch but you have something to build on once they get here," head coach Les Meyer said.

Meyer says the team will have a lot of new faces all over the field, including at running back, wide receiver, linebacker and in the secondary.

"Those guys are all new, but they’re juniors and seniors. And they’ve got to be ready, that’s just the way it is," he said.

But with Ryder Meyer lost to graduation and playing at the University of Montana, perhaps the biggest change for this team will be at quarterback, where Keeley Bake will take control. Coach Meyer has no doubt Bake is ready for the job, but Bake even says he has things he’d like to work on as he prepares to lead this team his own way.

"Well, definitely vocal leadership is something that everybody has to work on," Bake said. "A lot of people can lead by example by working hard or sprinting through a line. But being able to motivate people is a whole different aspect to the game."

If there’s one program that’s primed to reload on the fly, it’s Fairfield. And fans shouldn’t be surprised if the Eagles are once again a contender at the end of the season.

"It’s the Eagle brand. We’re all about success here. We always push hard. We work hard, and that just motivates us," said senior offensive lineman and linebacker Conner Klick. "We’re always backed by a great community. All that support just motivates us."

The Eagles will get a chance to see where they stand in their season opener when they host Missoula Loyola in a state championship rematch on Friday, Sept. 6.