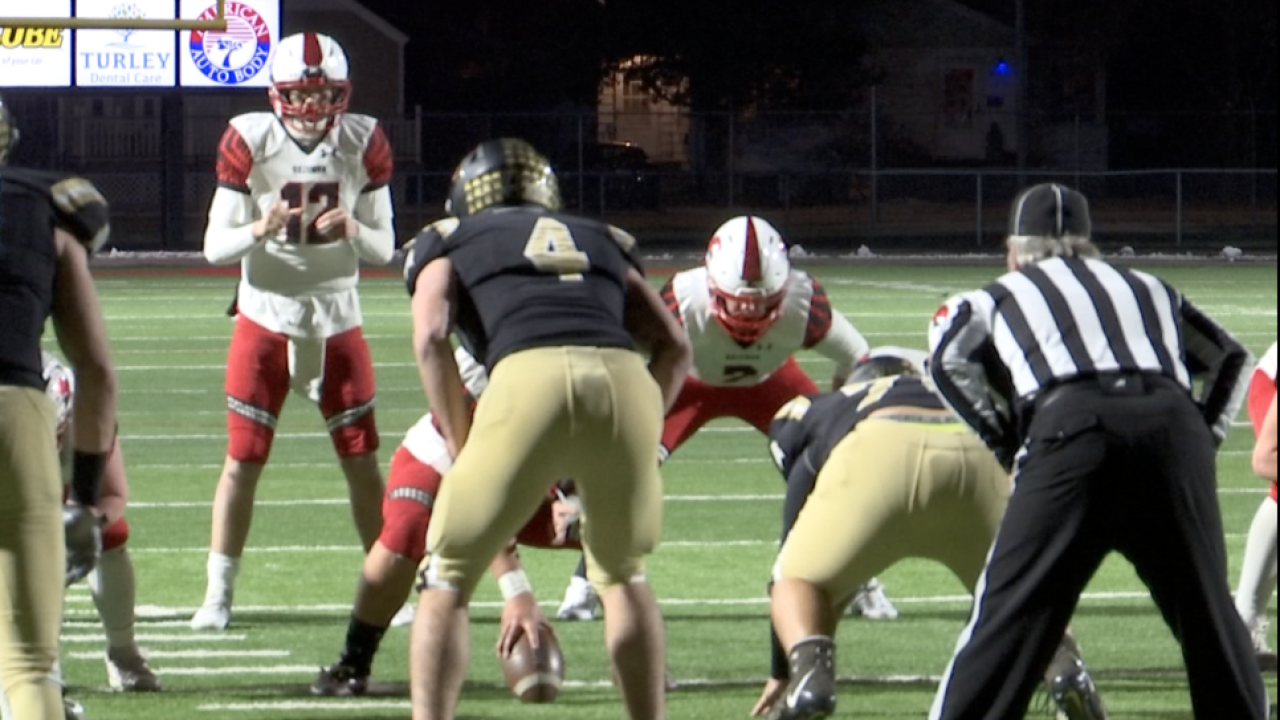 BILLINGS — When Billings West and Missoula Sentinel get after it for Class AA football's big trophy Friday night at Daylis Stadium, it’s going to be a cool — but weird — feeling for Neil Daily.

“Those are the kids I grew up playing with," the Bears' standout recalled to MTN Sports. "Those were my neighbors, went to school together, played recess ball together. So, it’s just going to be like a reunion out there on the field.”

"He grew up two houses down from me, so we’ve always had those ties in the backyard and probably still have some unsettled business for both of us," Sentinel offensive lineman and outside linebacker Geno Leonard told MTN Sports. "We’re definitely excited to get to play him another time, especially how he left sophomore year. It was unfortunate for us but the best for him and his family.”

With Leonard at linebacker, he’ll have the luxury in Friday's State AA championship of checking Daily at tight end or receiver.

“We decided to move from Missoula to Billings and all the coaches from Sentinel kept talking about how great (Billings West coach Rob) Stanton was, how great he was as a person, how great (boys basketball coach Kelly) Darrah was," Daily said of his decision on which school to attend. "So, that was the big driving factor, going for the coaches but also going for the academics at West.”

From one side of the state to the other, we’ll just call it Old Home Week. In his quick turnaround at West, Daily has turned into one of the most dominant leaders both on the field and in the locker room.

He's West High's gain in size, skill and athleticism, which, naturally, left a pretty big hole on Sentinel’s roster. Now, as the stars align between two unbeaten powerhouses — and longtime friends — Daily would love to be the difference-maker.

You can bet both sides will be ready to play. You can also bet Daily and his recess buddies will continue to play after — albeit from a distance.

“I’m playing video games with Neil once or twice a week still and texting with him all the time," Leonard said. "He’s come over to visit since he’s moved and it’s been awesome to stay in touch with him and I’m excited to see where he ends up in the future.”

“We just played Xbox the other day. We kind of keep talking about, what if this happens? We could see each other again in the ... championship game," Daily said after a pause. "Sorry, that word is kind of, it’s still new to me.”

Not for long. One way or another, Daily will have contributed to Friday’s State AA champions.