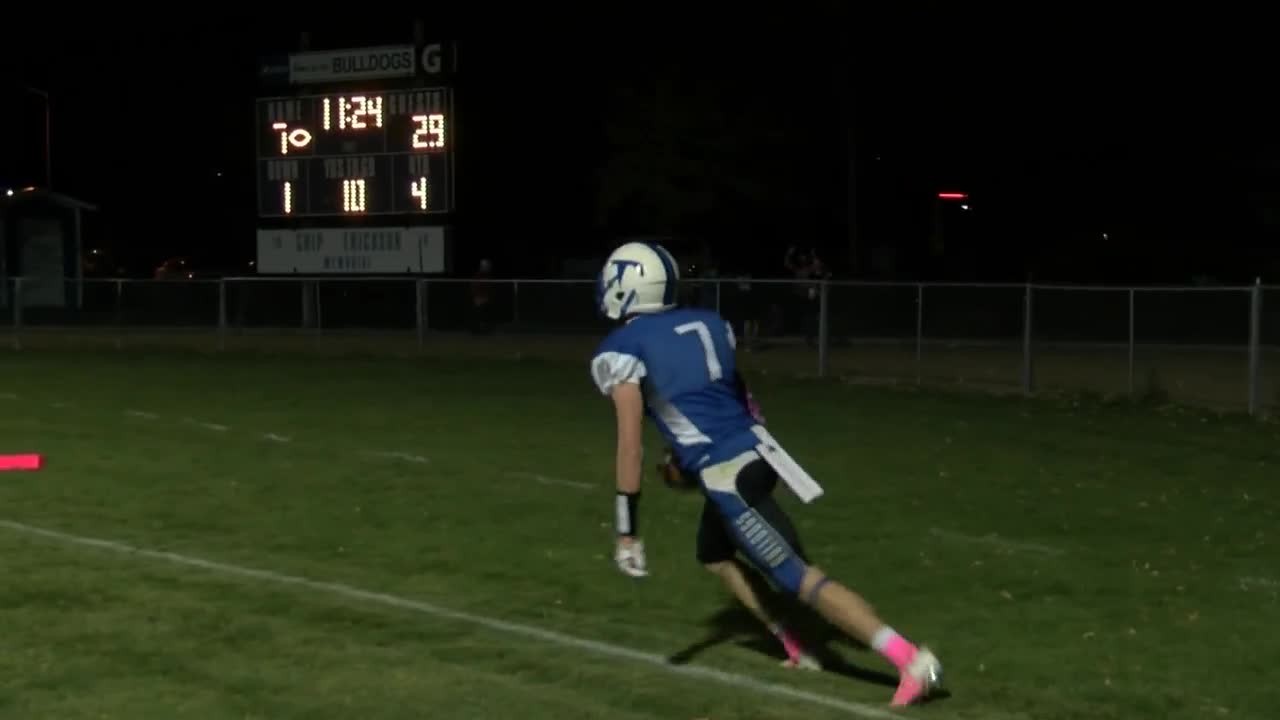 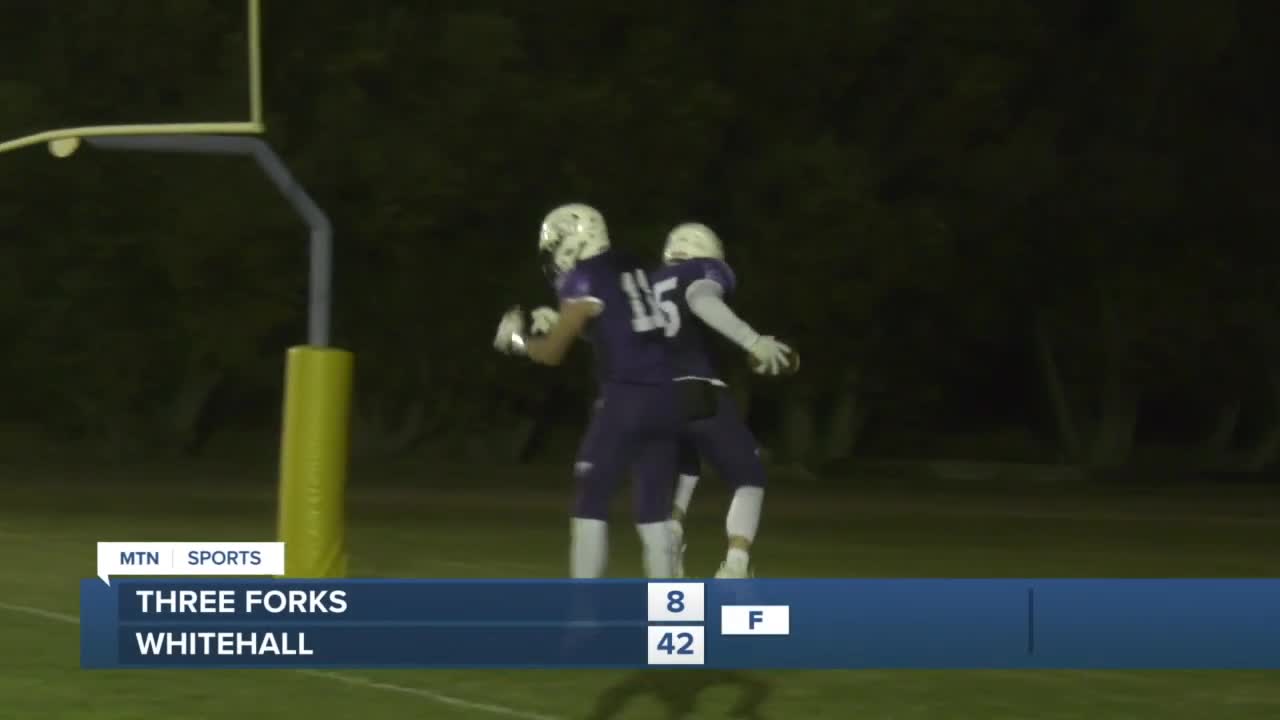 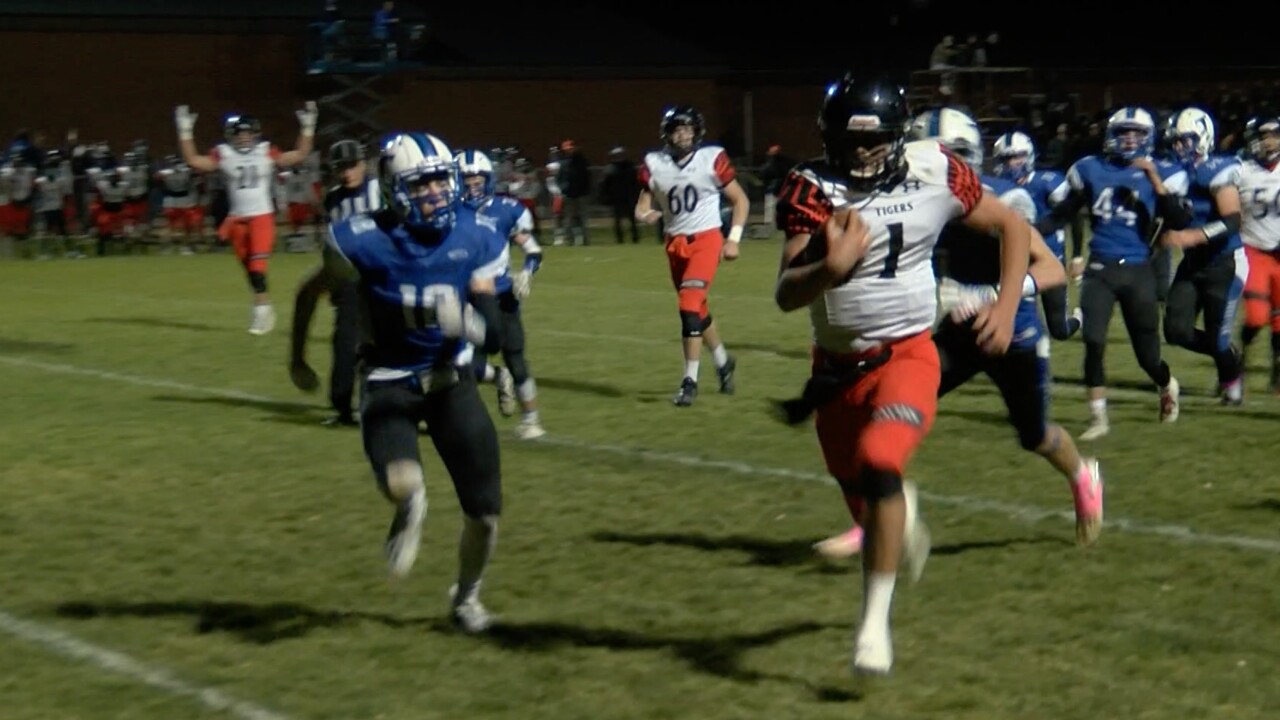 They found themselves in unfamiliar territory on Friday night, but by evening's end, the top-ranked team in Class B football passed the test.

After trailing by a touchdown in the opening quarter, the Tigers scored 29 unanswered points against Townsend to earn a 29-14 win, clinching the Southern B title and remaining undefeated in the process. But it didn't come without a couple hiccups.

Trey Hoveland and Gavin Vandenacre gave the Bulldogs, who also entered the game unbeaten in the Southern B, a quick 7-0 lead just 45 seconds into the game. The 75-yard touchdown pass put Manhattan in a deficit for only the second time this season -- the Tigers briefly trailed Florence, 22-21, before defeating the Falcons 35-29 on Sept. 4.

After the early fireworks from Townsend, the Tigers settled in, riding quarterback Caden Holgate to their first points of the contest. The dual-threat QB ran for the first Manhattan score of the game, though a missed extra point left the Tigers trailing by a point.

But their defense quickly gave them the lead, forcing a Bulldogs punt deep in their own territory. The long snap sailed over Hoveland's head, forcing him to toss it out of the back of the end zone for a safety and 8-7 Tiger lead.

Holgate threw a swing pass to Tate Bowler, who remained behind the line of scrimmage and threw downfield for Corban Johnson for a long touchdown, giving the Tigers a 16-7 lead at halftime.

Holgate added his second rushing touchdown in the third quarter, extending the lead to 22-7, then threw one more score to Bowler to end Manhattan's scoring on the night.

Hoveland and Vandenacre connected for the final points of the game early in the fourth.

Manhattan (5-0 Southern B, 7-0 overall) wraps up the regular season at home against Jefferson on Oct. 23. Townsend (4-1 conference, 5-2 overall) is scheduled to travel to Columbus the same evening.