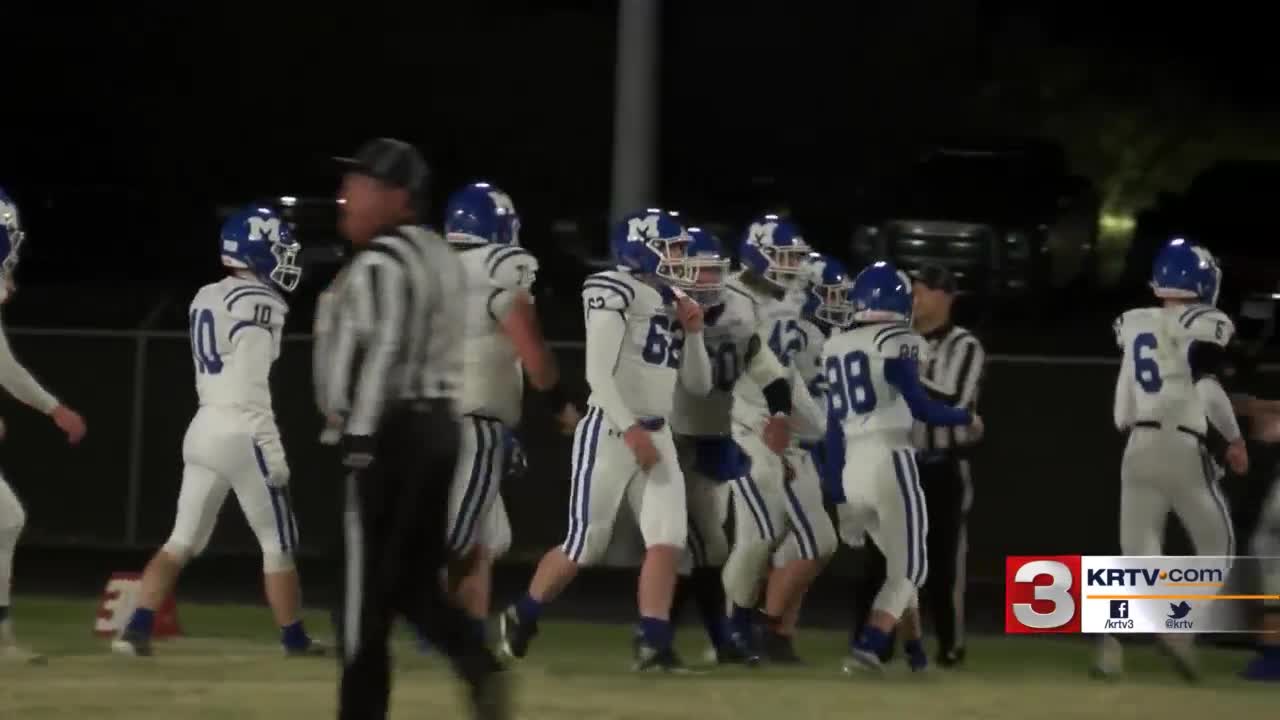 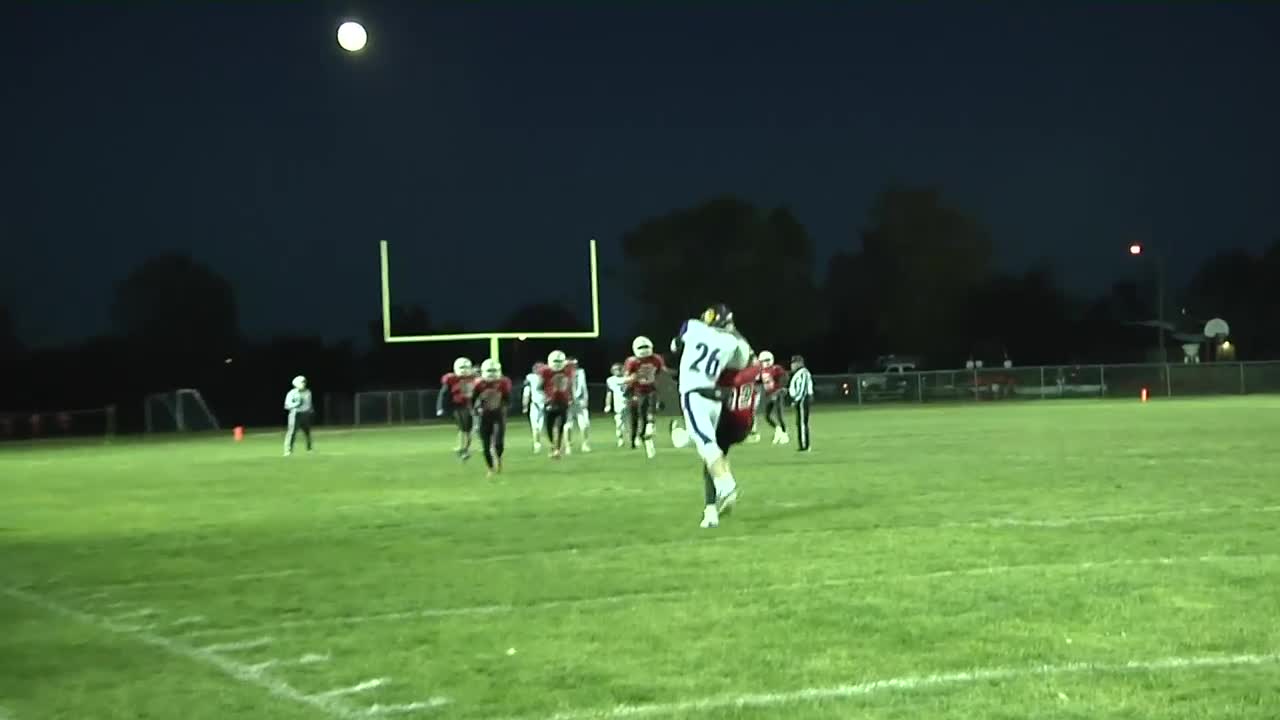 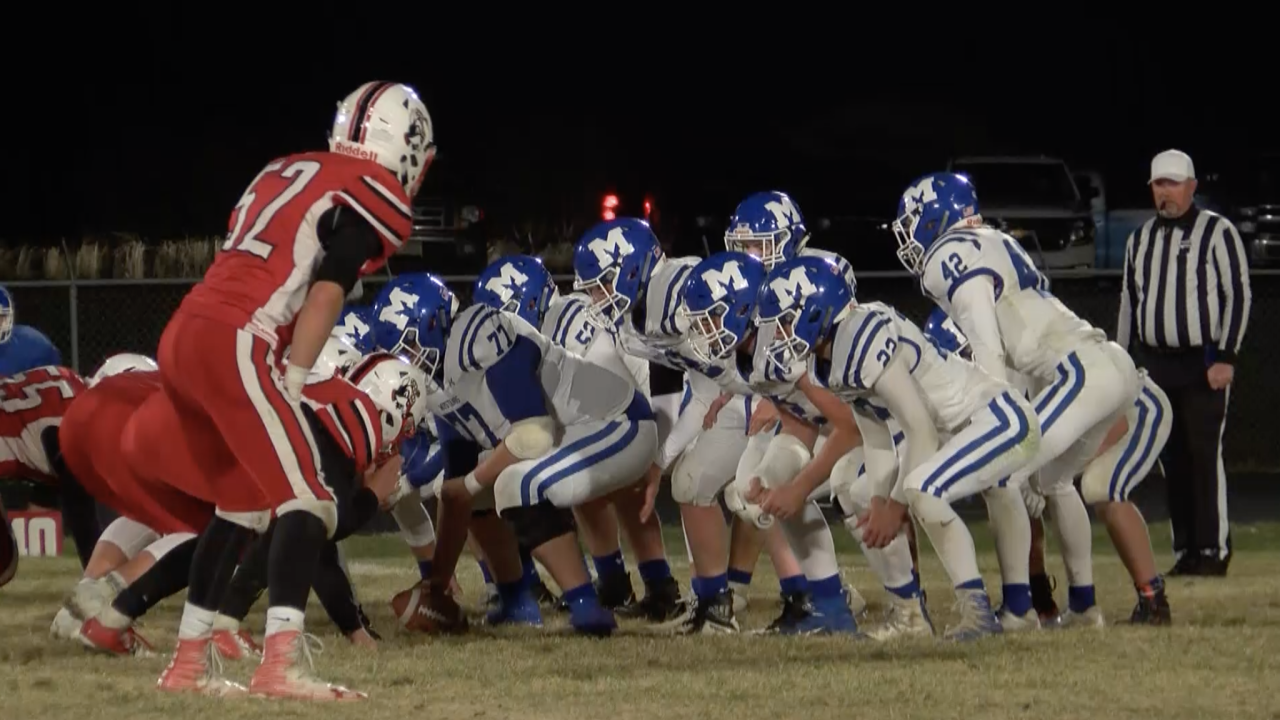 GLASGOW -- Facing fourth-and-goal from the 1-yard line in a tie game, Malta punched in the go-ahead touchdown to notch a 16-8 win over Hi-Line rival Glasgow in Northern B football action on Friday.

The teams entered Friday's game with much fanfare. The Mustangs were undefeated, while the Scotties had just one loss, a non-conference setback to Colstrip last week. It lived up the hype, as both teams demonstrated their physicality in a defensive slugfest.

Points were hard to come by with the defenses forcing multiple first-half turnovers, but Malta eventually got on the board late in the first half. Kooper Oxarart found Rex Williamson for a 21-yard touchdown, and the Mustangs added the two-point conversion to take an 8-0 lead into the break.

Glasgow answered in the third quarter. Jesse Lee ran in a 2-yard score on fourth down to tie the game at 8-8 going to the fourth. Lee finished the game with 46 yards rushing.

The Mustangs would secure the win in the fourth, though. After getting to the 1-yard line, Malta called on Cash Salsbery, who broke the plane to give the Mustangs the game-clinching touchdown. Tanner Smith would add the two-point conversion for extra security.

Malta finished with 188 yards rushing, including 82 from Williamson and 74 from Smith. Defensviely, the Mustangs limited Glasgow to just 159 yards of offense.

Malta (6-0 overall, 4-0 Northern B) will next travel to Fairfield to take on the defending champion and top-ranked Eagles. Glasgow (4-2, 3-1), meanwhile, will face Wolf Point. Both games are slated for Oct. 18.

(Watch highlights from select games by scrolling through the videos above)