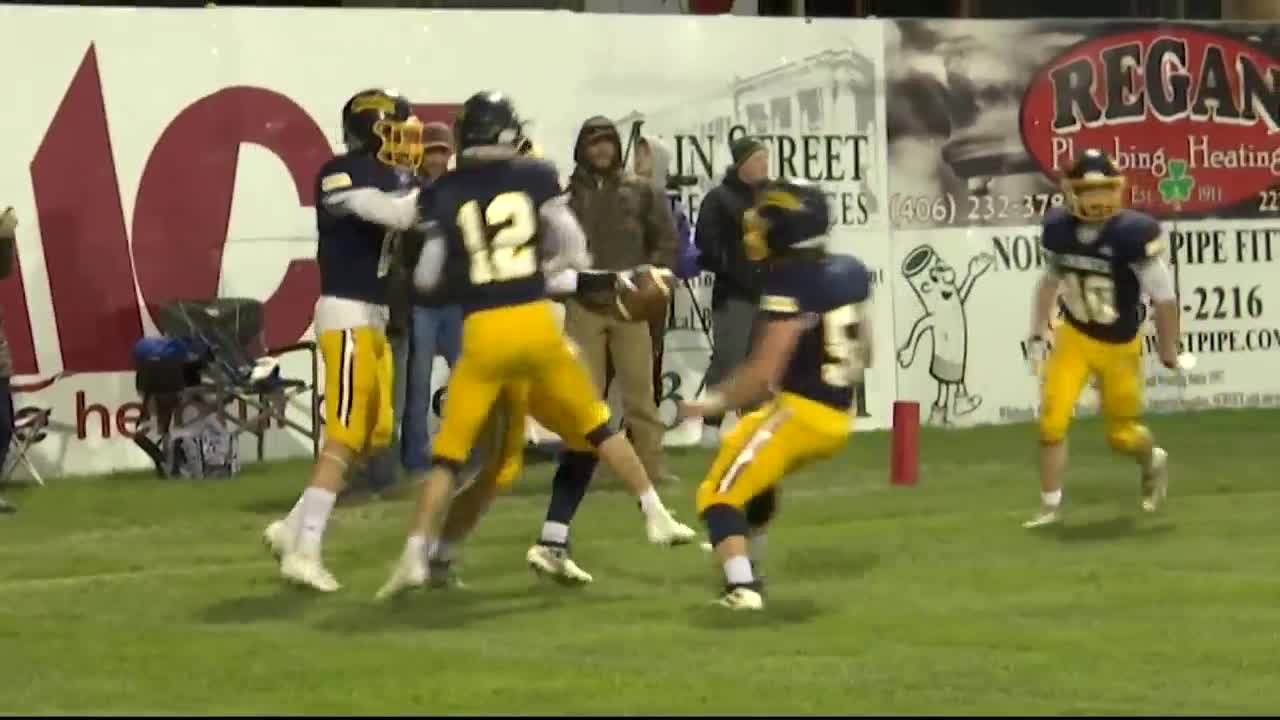 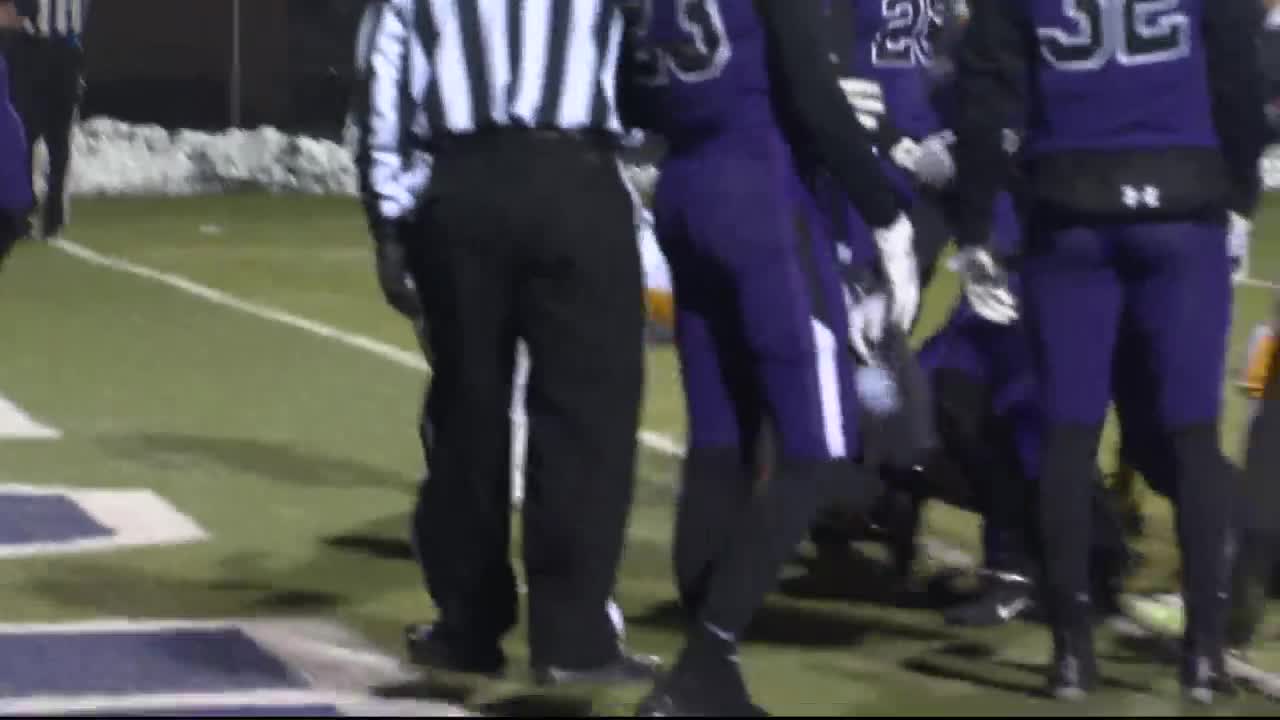 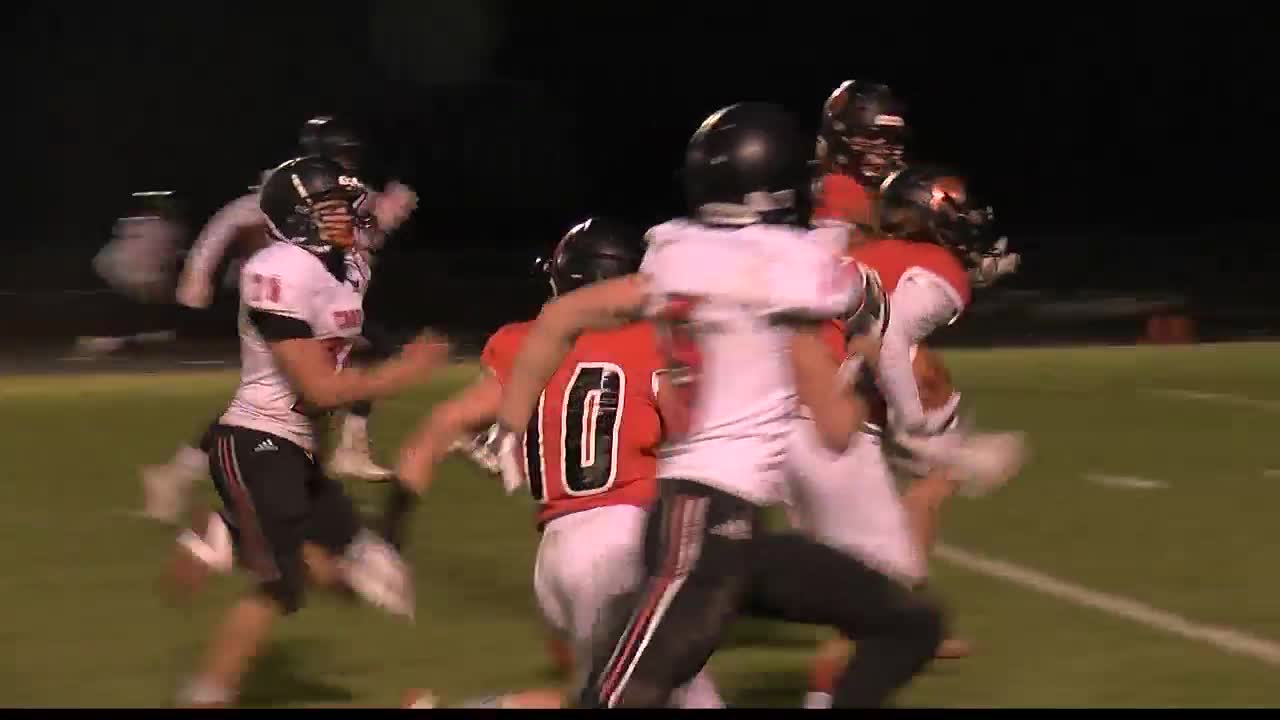 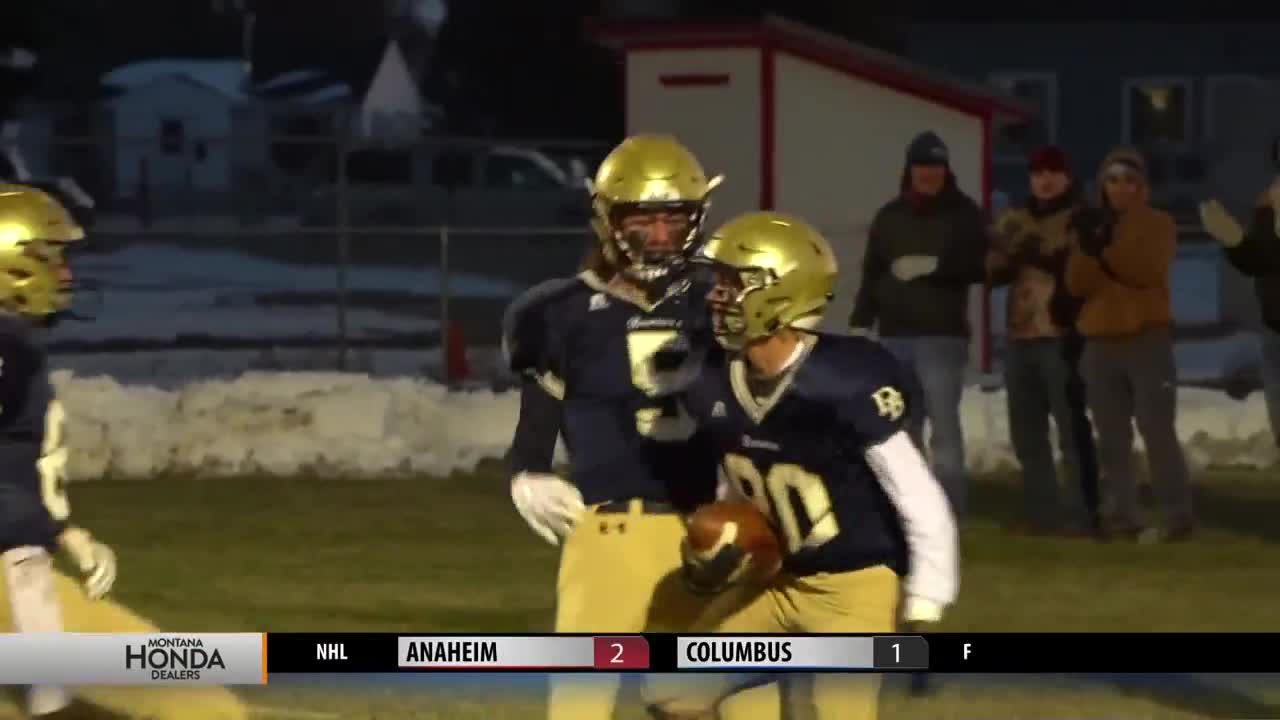 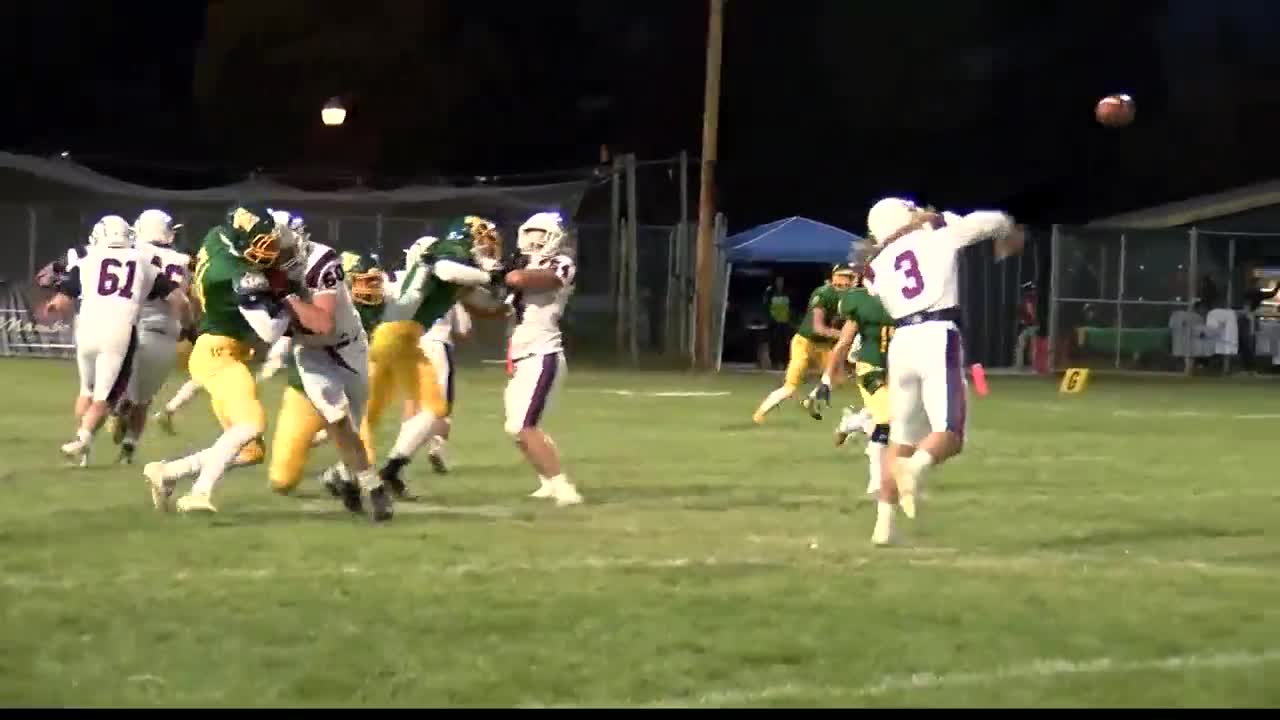 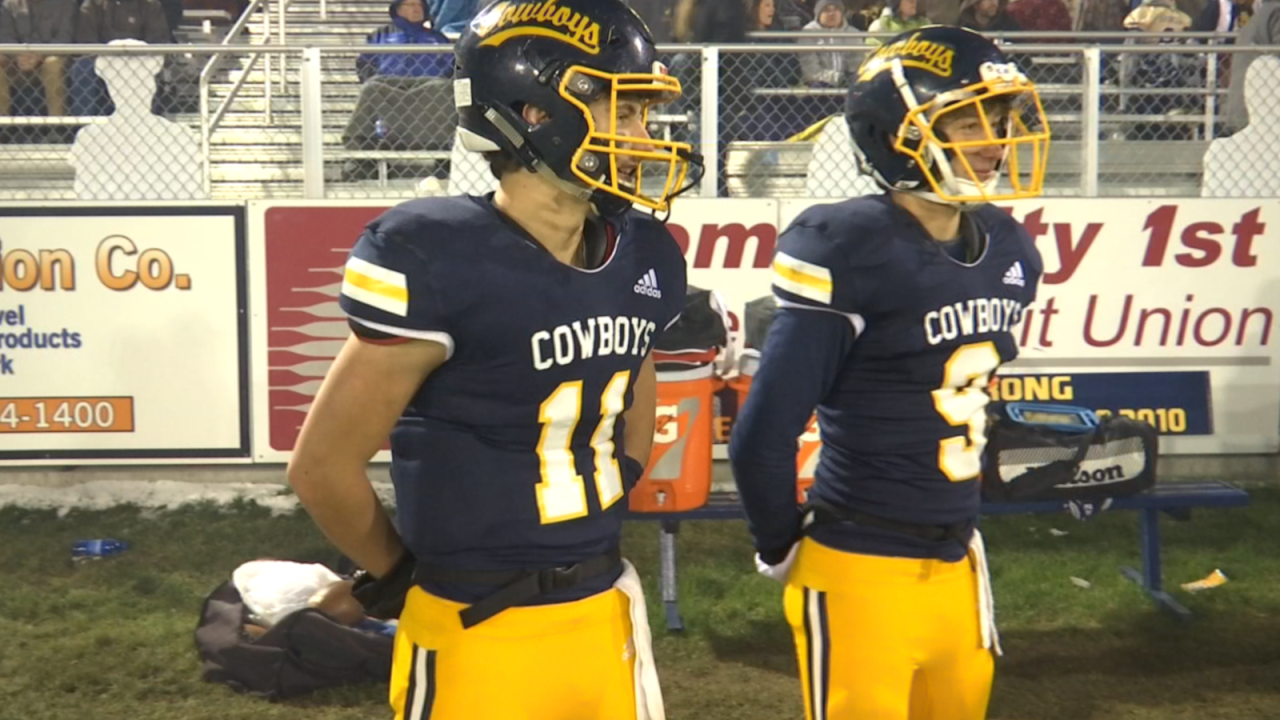 MILES CITY -- Miles City is the lone unbeaten team remaining in Class A football after a 41-10 win over Eastern A foe Billings Central on Friday night at Connors Stadium in Miles City.

The Cowboys drove down the field on the game's opening possession before encountering a decision on fourth down at the Rams' 22-yard line. Miles City opted to go for it, and the choice paid off. Cowboys quarterback Carson Hunter lofted a ball down the left sideline to Dayron Johnson for a touchdown to give Miles City a quick 7-0 lead.

"Carson is a good QB," Johnson said. "He loves giving me the ball, me and Jess (Bellows). My favorite play is the vert. He throws it to me when I'm open."

Billings Central would answer, though, as it drove into the red zone on its opening possession before having to settle for a 38-yard field goal from Camden Capser, who pulls double duty on Central's soccer team.

From that point on, Miles City thoroughly outmatched Central. Miles City would again drive right down the field and would punctuate the drive with a 1-yard plunge by Hunter. The Cowboys tacked on another score when Hunter found Jayden Venable for a 37-yard touchdown to put Miles City up 20-3.

Less than a minute later, Jess Bellows recovered a Billings Central fumble near midfield. On the first play of Miles City's drive, Hunter tossed his third touchdown of the first half -- a 54-yard strike to Bellows across the middle -- to put Miles City up 27-3 at halftime.

"It's not just one of us," Bellows said of the weapons Miles City has. "Everybody works hard, they're quick and we got speed, so we make plays. It's huge."

Miles City made it 34-3 late in the third quarter on an 11-yard scoring run by Aidan Barrows. The Cowboys scored again in the early stages of the fourth quarter on a 60-yard bomb from Hunter to Johnson to give the Cowboys a 41-3 lead and force a running clock. Central would add a touchdown with less than two minutes to play to cap the scoring.

Hunter was kept clean by his offensive line all night, which allowed him to total five touchdowns -- four passing and one rushing.

"I can't thank those guys up front enough. I have all the time in the world. I think I got hit once tonight. It's incredible. It's an amazing feeling really, so I owe it all to them," Hunter said.

"Our defensive line and offensive line were real physical," Miles City head coach Jeff Regan said. "They've been physical all year, and (Friday) was no different. I'm really proud of them. They've put in a lot of work over the years and it paid off (Friday)."

Miles City improves to 6-0 on the season and is in the driver's seat for the Eastern A regular-season title. Billings Central falls to 4-2.

"I think that puts us right where we want to be," Bellows said. "That's a big team, had to get that big win, and it sets us up nicely. We're trying to get some home playoff games and get that first-round bye, so it's big."

"It's a big win for us. It puts us in a spot where we want to be with winning the conference," Regan said. "We still have two big games left. Billings Central is such a great program and team, so anytime you can beat them it's such a big accomplishment."