Croy was all-state RB at Huntley Project in 2018 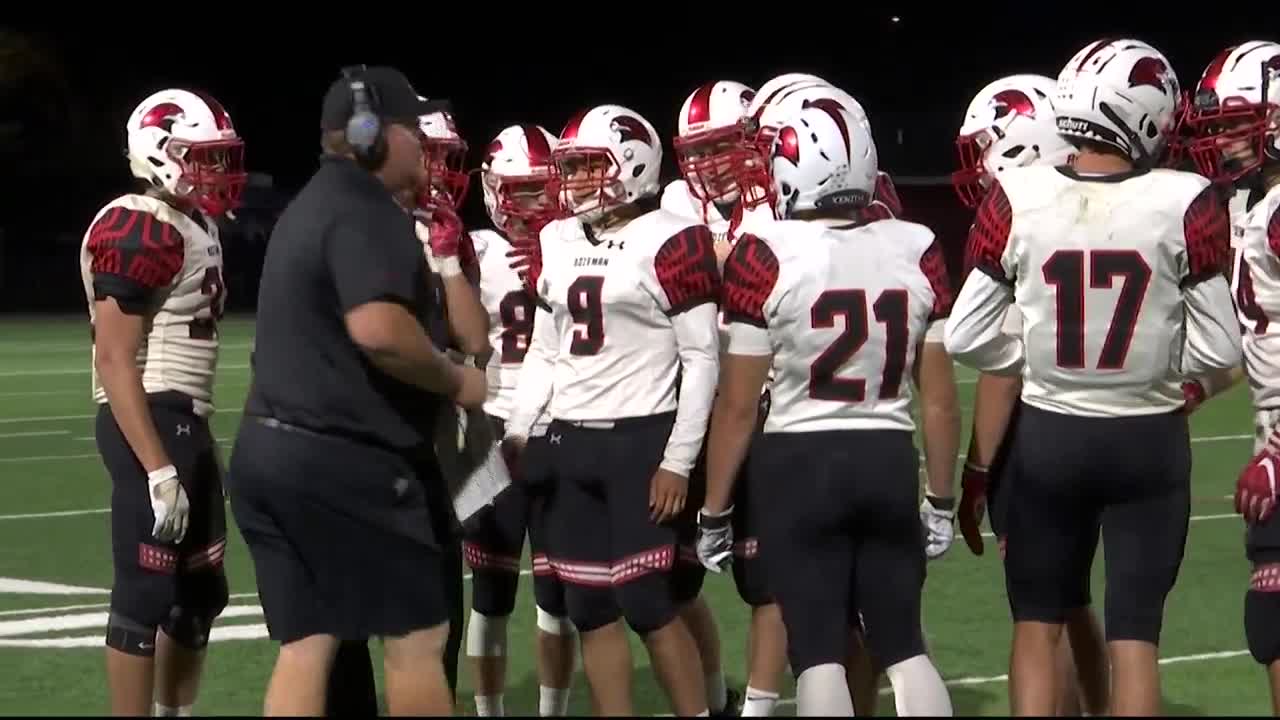 BILLINGS -- When Asher Croy moved from Huntley Project to Bozeman, he knew there would be adjustments on the football field. Croy was a star for the Red Devils, earning all-state honors as a tailback. The biggest difference between Class B and Class AA football? The speed of the game.

“I noticed that right away, the competition and level of play has increased tremendously," Croy said. "I definitely feel like things are starting to get rolling now. It’s been a lot of fun, especially when you have success like this.”

“I think as he continues to go through everything and just has more confidence in himself in what we’re doing, you’re going to see a really, really good running back," Bozeman head coach Levi Wesche said. "I think right now we’re just scratching the surface of what he can be.”

Croy entered the season behind all-state tailback McCade O’Reilly, but a leg injury to O’Reilly has thrust Croy into action as the starter. After a slow start, Croy has been dominating AA opponents.

“Those are huge shoes to fill. He’s one of the best players in the state, but I’m doing what I can," Croy said. "If our pass game is on, I know they’re not relying as much on me, but I still like to make the most out of every carry I get.”

“It gave us a lot of depth, but you know what, he steps in and he’s an all-state running back in his own right," Wesche said. "Obviously, he gives us talent and a gamebreaker at running back, which we need in the way we conduct our offense right now.”

Bozeman will likely continue to lean on Croy on the ground, and why not? Croy is capable of doing it all for the Hawks. He has the strength and power to run through defenders, while also possessing the speed to hit the edge and run past them.

“When you’ve got 215 pounds that is as strong as he is in his lower body moving downhill, he’s a scary guy," Wesche said. "He reminds me a lot of (Class AA record-holder) Blake Counts, who played for (Kalispell) Flathead last year, in the fact that if he gets downhill you’re going to have a hard time tackling him with one guy. You’ve got to be able to gang tackle him.”

An all-state back in Class B, Croy looks primed to earn those honors in Class AA. Croy has seven rushing touchdowns in Bozeman’s 4-1 start, four of which came at Billings Skyview in front of his old Huntley Project friends. The Hawks will visit Great Falls CMR on Friday night.