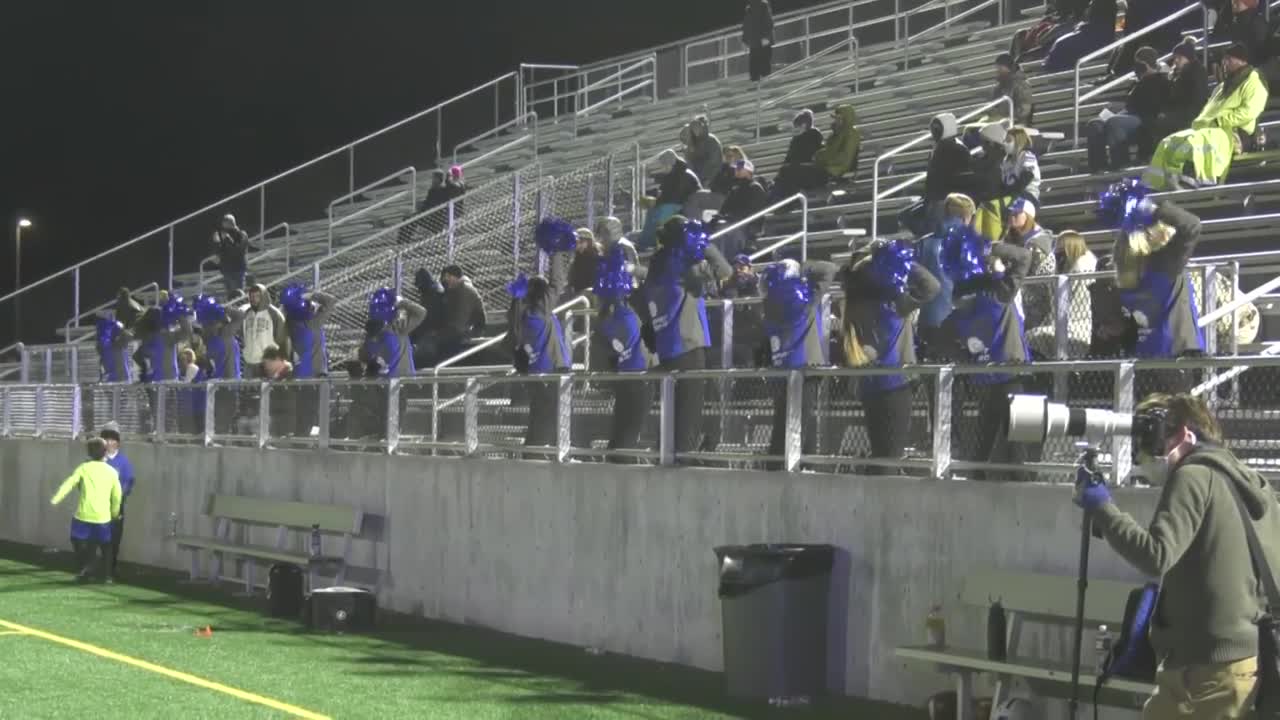 BOZEMAN — It was a lopsided 51-0 Eastern AA football win on Friday for the Bozeman Hawks over the Gallatin Raptors, a new high school in Bozeman, but Friday night's game was the first of many between these new in-town rivals.

“I think this is going to be one of the greatest rivalries in a couple years," said Bozeman junior wide receiver and defensive back Jaxon Cotton. "I think there’s a lot right now, with most of us knowing each other, it means that much more going home with the win.”

For the players, starting this rivalry was an experience that they will remember for a long time.

“It was fun," said Bozeman senior running back and defensive back Reece Stanish. "Fans in both stands, it was a little weird being on the other sideline, but other than that it was awesome, especially as my last year here.”

“It was fun competing against people you’ve been playing with your entire life," said Cotton. "Just a different experience.”

“It’s exciting, pregame I was super anxious," said Raptors junior wide receiver Michael Armstrong. "I think our guys played really hard. Hat's off to them. It’s exciting. Hopefully we’re on the other side next year. We’re going to keep working hard all offseason.”

Playing against guys they’ve grown up with as teammates was pretty weird.

“It was really weird," said Armstrong. "There’s a little talking going both ways, I wasn’t sure how to respond, to be honest. I mean, I play Xbox with those dudes, I hang out at their house all the time, so ... it was super strange, honestly. Once we got into it, couldn’t be nice anymore. After the game I’m hanging out with them, it’s back to normal.”

Even for the coaches the new rivalry felt different.

“Seeing this all go down is a little bit crazy in some aspects. It’s sad seeing the split come, but I’m also happy the opportunity some of these players are getting to play ball," said Bozeman head coach Levi Wesche.

“Definitely a little weird, but I’m proud of those guys, still rooting for them every week but one. It was a unique deal, for sure,” said Gallatin head coach Hunter Chandler.

Chandler was the defensive coordinator for the Hawks' state championship team last year and now is coaching against many kids he helped develop.

“I'm super proud of that group and especially the seniors," he said. "I spent a lot of time with them last year as juniors and I’m looking forward to them going on and playing college football and rooting for them to be successful in life and whatever else. I’ll always be in their corner.”

Chandler and Wesche have been connected for a very long time.

“When I started out here as a freshman in high school, he was my head freshman coach, kind worked his way up the ranks with us," Chandler said. "We won that first state title in 2010 and he was a big part of that. Then coming back here and working with him, coaching with him, I’ve learned a ton from him. He’s a great mentor for me and always will be. He’s been a great influence in my life and always will be.”

Despite the score, after the game Wesche and some Hawks players made sure to connect with Chandler

“Chandler came up to me, told me good game, told me he loved me,” said Stanish, who played for Chandler last year on defense.

Wesche is forever grateful for the years Chandler has given him.

“It means a lot to me," he said. "As a young man he’s come so far from the freshman I knew when I first started coaching here in high school. He’s mature beyond his years, he’s one of the most competitive individuals I’ve ever known. I’m so grateful for everything he did for me when he was an assistant. I hope that he took some things that maybe we did here at Bozeman High that will help him be successful with what he’s doing. I just don’t want him to be successful one week of the year when they play us.”

As for next year, expect this game to be much closer as Gallatin will have its first senior class, many of whom are starting this season.

“They’re going to have another year to develop, I think it’s going to be a very close game," Cotton said.