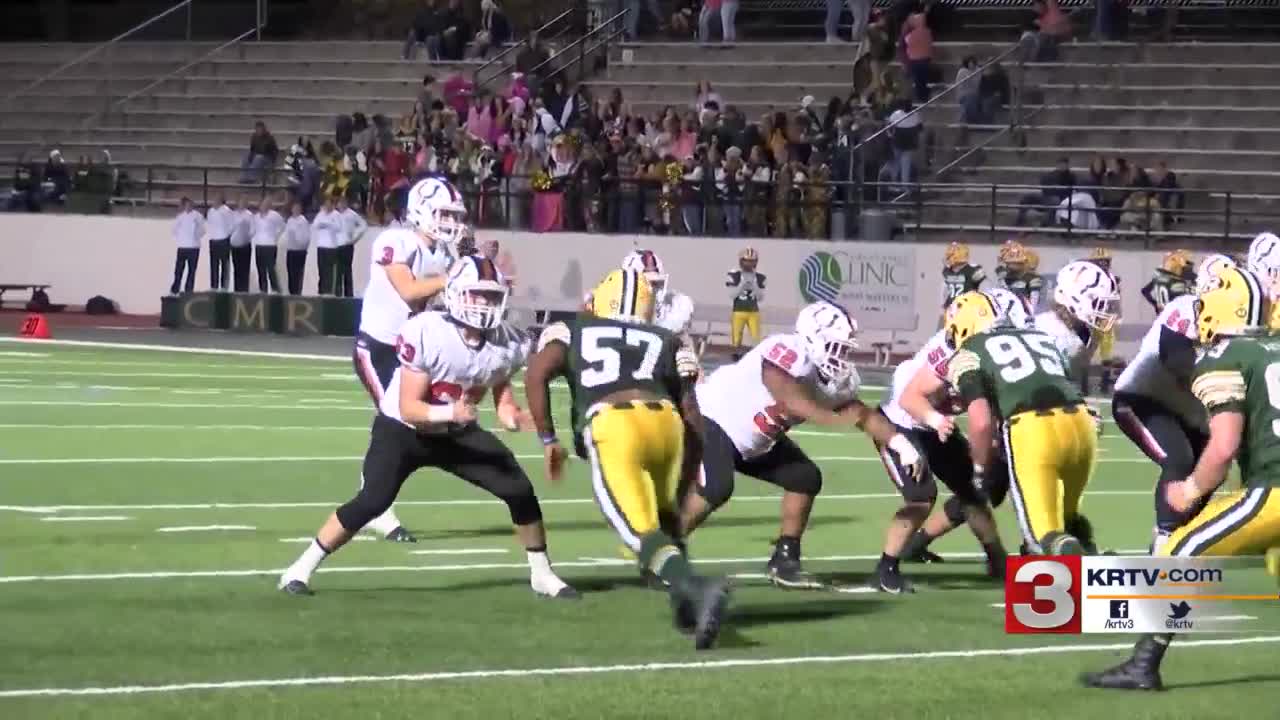 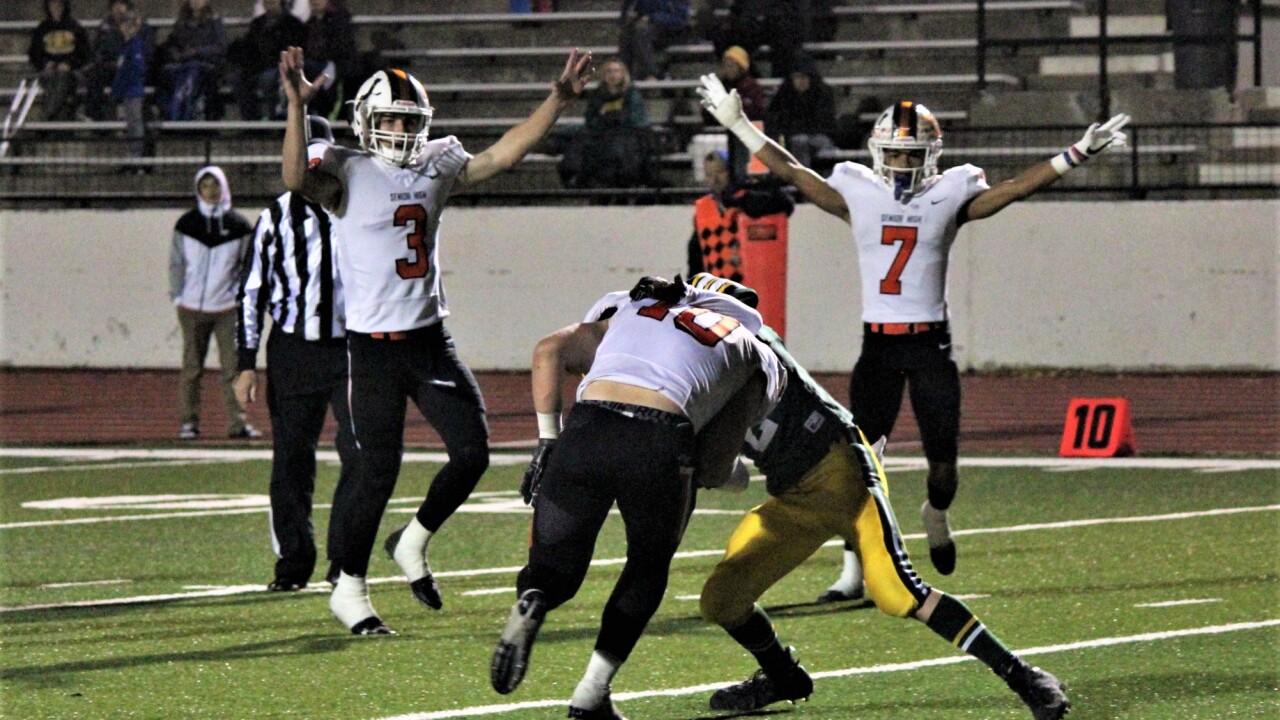 GREAT FALLS — It came down to the wire, but the Billings Senior Broncs emerged as 31-28 victors over Great Falls CMR at Memorial Stadium on Thursday.

Senior scored first when Alyas Wright took a handoff and found the end zone from 12 yards out. The Broncs would tack on a Jackson Burckley field goal a few minutes later for a 10-0 lead.

The Rustlers would answer in the second when Logan Corn found Keegan Barnes, who made a spectacular catch over a defender for a 26-yard touchdown. CMR then added another touchdown on a Corn quarterback sneak to take a 14-10 lead into halftime.

Senior responded with a touchdown on its first drive out of halftime when Burckley caught a 17-yard pass from Michael Ohlin and Nick Eliason caught one of his own for a 14-yard score to make the score 24-14 Senior.

CMR used big plays on special teams to keep it close in the fourth, but ultimately Senior walked away with the Eastern AA football win.