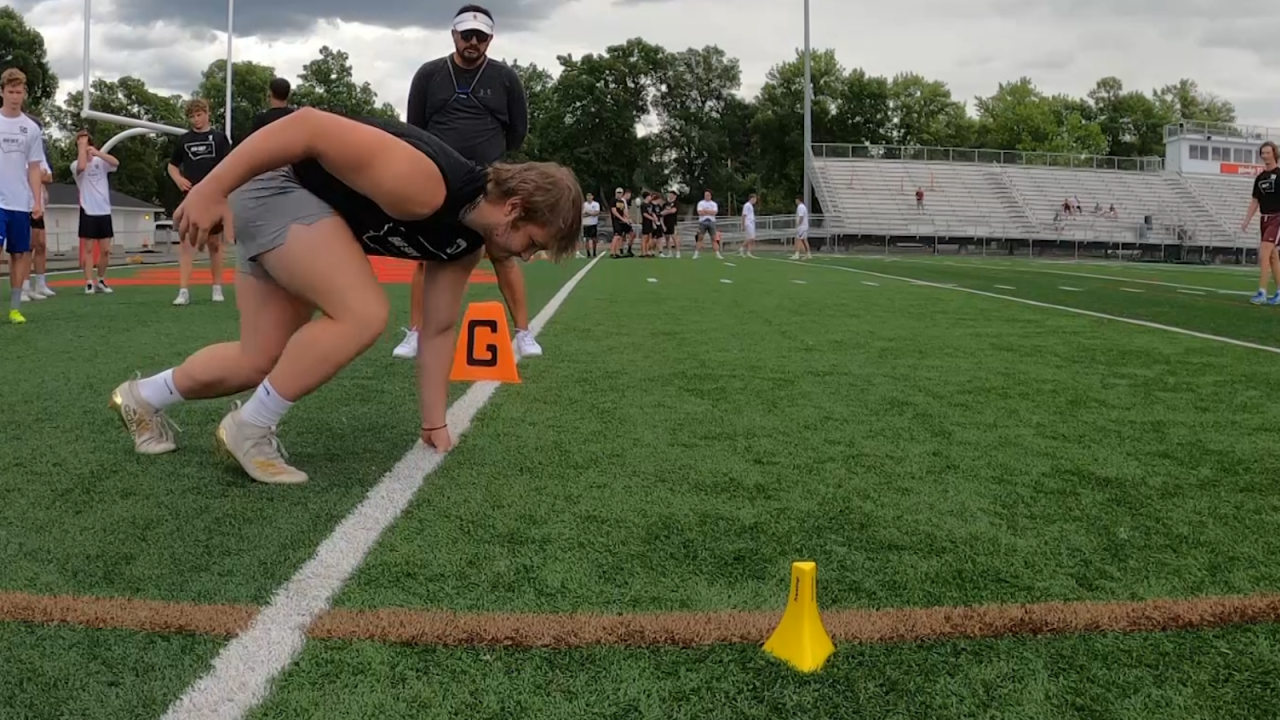 It’s been a slow summer for high school football recruits, but hundreds of players got a little taste of what the pros do before the NFL Draft.

Athletes went through several drills, such as the 40-yard dash and the broad jump. It was a chance for kids from all over the state and all classifications to showcase their athletic prowess.

Typically, the summer months are filled with football camps, both team and individual. That’s not the case this summer. Schillinger, who put the combine together, is hoping this gave kids the opportunity for exposure.

“A lot of opportunities they would get this time of year would be going to one-day camps, whether it be at the Division I schools or whatever, and a lot of those opportunities are not happening right now because of the regulations the NCAA has put forth," Schillinger said. "Hopefully we’ve provided an opportunity for one kid. If we’ve done that, it’s kind of served its purpose.”

High school and college coaches from around the area joined Schillinger to put the event on. There were also cameras placed around the drills, allowing film to be sent around to coaches, too.

“I feel lucky. I feel lucky, because we’ve got all these college coaches, high school coaches, see what we’ve got, and we get to show them other than games what we can do," Billings Senior sophomore quarterback and safety Tanner Macy said.

“I think it’s a big opportunity for kids to get on the board," Schillinger said. "Once they get on the board, it’s obviously what they do on the football field. If they don’t know about you, then it’s kind of hard for them to find you. I think what this opportunity does, it allow colleges to find them a lot easier.”

Not only was the combine an opportunity for kids to show their skills, they also got to interact with competitors from around the state.

“It’s great seeing everyone out here, because meeting new people from everywhere – you can go lift with new people, you can go play football anywhere you want. Meeting new people is probably one of the best things you can do here," said Sidney senior wide receiver and safety Tate Wieferich.

Schillinger was hoping to have a combine in the western half of the state but said that it’s not looking likely to happen this year.