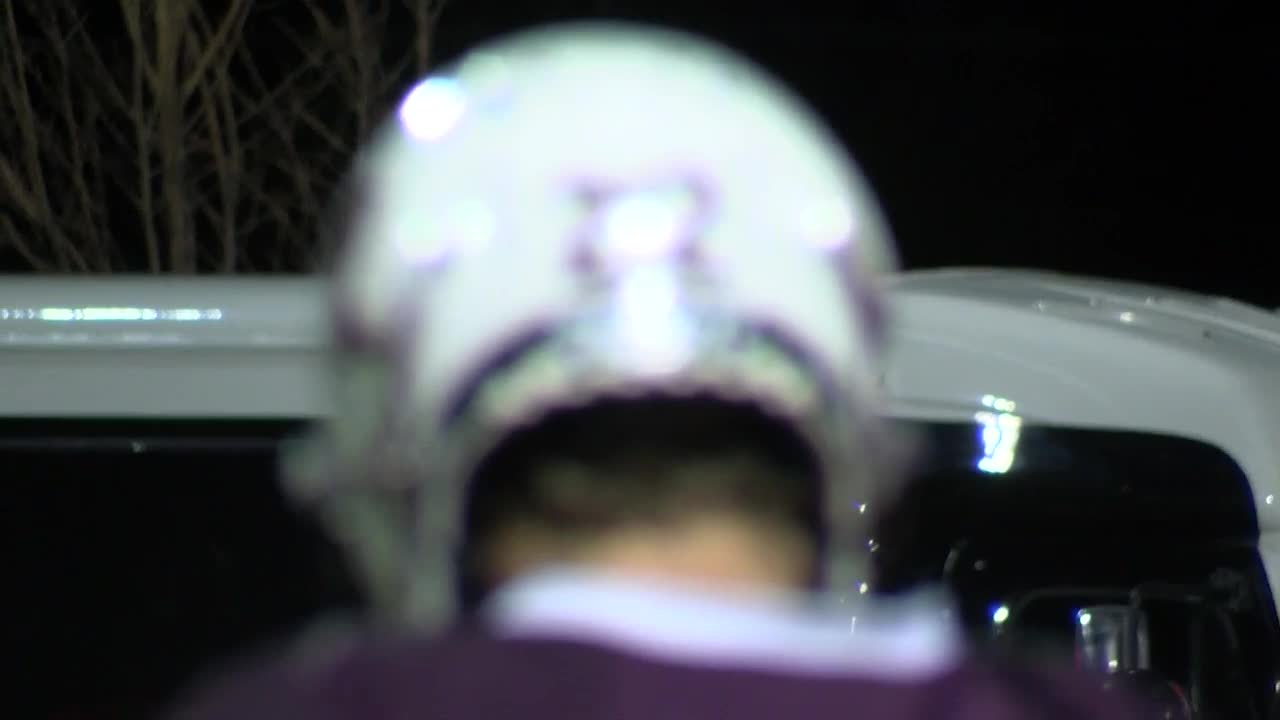 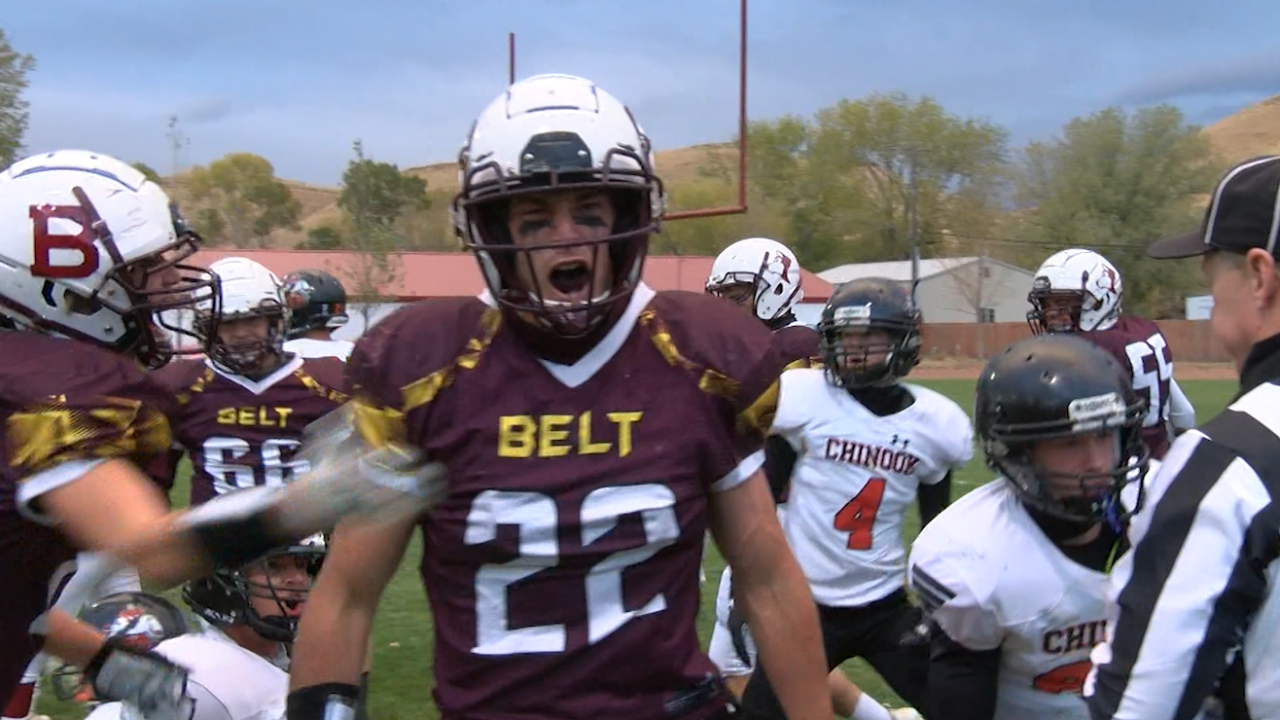 BELT — The Belt Huskies scored a big 8-Man football win over the Chinook Sugarbeeters at home on Friday, and as head coach Jeff Graham puts it, it was really helpful to have their horse.

As is often the case, Belt senior Kaimen Evans had a hand in all four Husky touchdowns on Friday. With the win, Belt locked up the No. 4 seed in the 8-Man North, but it needed every last bit of Evans’ skill to scrape out the 30-28 victory. And Evans wasn’t overly pleased with himself, knowing he threw a third-quarter interception and made some mistakes with clock management at the end of the game.

"He's not a big rah-rah guy. Kaimen, he's kind of one of those quiet leaders, you know?" Graham said. "The poor guy, we didn't throw Kaimen into quarterback until midway through his sophomore year, but that's the thing about him, he's going to be happy, but he ain't satisfied. He's going to want to go and watch film and improve. And that's just how he is. I got to be ready to go. He won't settle on this game, and he'll be happy and then he'll be back to work, probably (Saturday). Well, he might go hunting (Saturday), but Monday, he'll be ready to go."

Evans was a key focus on last season’s Belt squad that lost out in the second round of the playoffs to Alberton-Superior. That ending wasn’t satisfying for Evans or anyone in the program.

"Not just me, the whole team. We started open fields right away after the quarantine, as soon as we go we got back on the field. We had some open fields and I think that really helped us this year," he said.

As big of focus as Evans is, the Huskies wouldn’t be regular contenders in the 8-Man North without outstanding work from everyone else on the team.

"Those guys block so well. I mean, (Evans) made some big runs but then you pound Garett (Metrione) and once we get TJ (Hennes) healthy, start pounding TJ in the play actions. I thought he had a great game. They really took Aiden (McDaniel) away in the second half, that hurt, but it was nice," Graham said. "Our young guys had a great week of practice, too. That was the best preparation our scout guys have had, and I thought we were really prepared and the defense knew what Chinook was doing."

"This is the best school you could play for. I love the coaches, love the players and it's great atmosphere to be a part of, for sure," Evans said of Belt. "We say every game: We've got the athletes, so (we're) going to beat them in the second half because we can run, we can throw, we can do all sorts of things. So that's what else helps the most, for sure."

Belt will be back in the playoffs again, and, like last year, it will face some adversity having to go on the road. Aside from a loss to Fort Benton and a close win against Cascade, this Chinook game was the toughest game Belt has had so far, which Evans appreciates.

"We needed to face some adversity and we did (Friday night), for sure," Evans said. "And I think that's going to help us later on in the playoffs."

"Now we can rest up, you know, get another week, week and a half of prep on these guys, which is huge. We've had some successes with the (Nos.) 3 and 4 seed in the past. We've won a lot of road games, so they're excited," Graham said. "It'll just be nice to have a week off and prep."