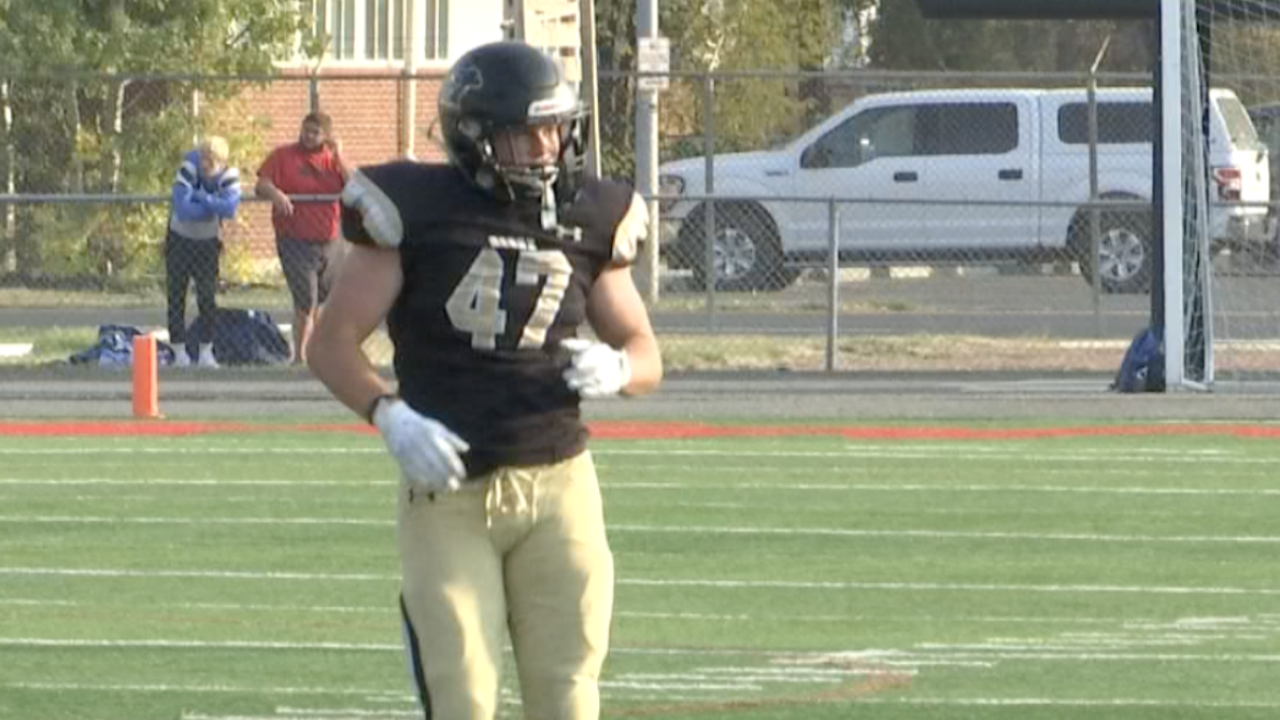 BILLINGS -- The Billings West High Golden Bears turned in their fifth convincing football win of the season on Friday night, but defensive players were far from satisfied.

“Three touchdowns is too much,” Bears linebacker Cayden Paul told MTN Sports after Friday’s win. “We just need to buckle down, stick to the basics and get back at it.”

The Bears' defense was responsible for giving up three touchdowns: One on the final play of the first half, the other two in the game's final five minutes. Listening to Paul, you’d think they had to survive. In truth, they beat Great Falls High 56-27.

But Paul knows title teams are built on defense.

“It’s very frustrating. They just kept pushing downfield and gashing us with these runs, these rollouts, and we just couldn’t figure it out," he said.

Still, the Bears are 5-0 and have outscored opponents 270-48. That includes a pair of shutouts.

And for 90 percent of Friday’s game West’s defense was air tight. Defenders delivered sacks, big hits and a pair of picks. Tanner Smith almost returned his for a touchdown.

“Tanner had a really good play," Paul said. "He was on the quarterback and it was just right there. Perfect spot, he took it and I thought he had it (touchdown), but I don’t know. I thought he was faster than that. I thought he was going to get in. I definitely let him hear about it.”

The Bears' other interception: a tip drill dandy courtesy of Paul himself.

“I think it was a pass to (Riley) Torgerson and Cayden Dowler tipped it up," Paul said. "It’s just rotating in the air and I just dive for and secure it like a punt return or something.

He said the play felt like it was in slow motion.

“Yeah, I’m just eyeing it like it was a baseball coming in for a pitch," he said.

Those skills from a lifetime of baseball are still proving handy on the gridiron.

“My first home run was on Burlington Field, way out of left field when I was 12 years old, so that was pretty cool," Paul said. "I played shortstop and center field growing up, I pitched once in a while. Never the fastest pitcher, but I was pretty accurate.”

He’s still accurate. And ever the perfectionist.