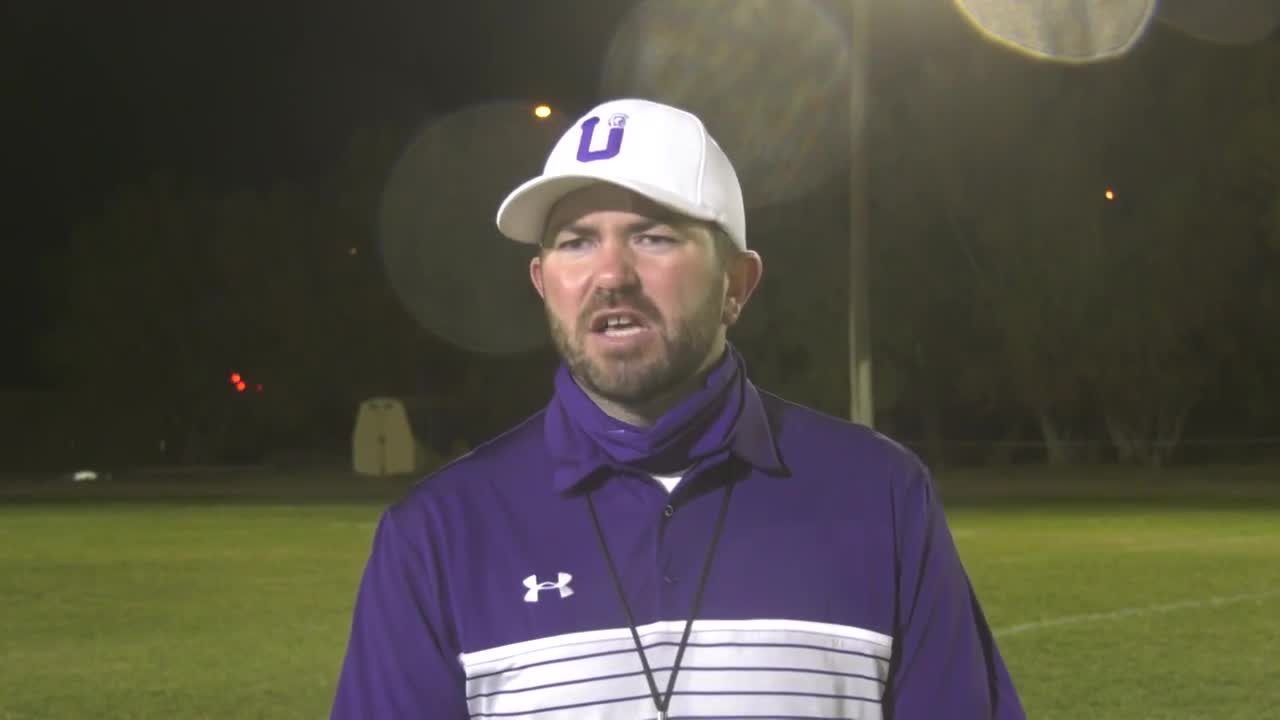 WHITEHALL — The Whitehall Trojans are on a three-game win streak after defeating Three Forks 42-8 in Southern B football action on Friday night, and they’re getting it done with a balanced offense.

“I’m a (Seattle) Seahawk fan and you hear from Russell Wilson all the time, separation in the preparation," said Whitehall head coach Dan Lacey. "When your kids are prepared, they’re going to play at a high level, and you can see that our kids are understanding what we’ve been asking from them these last couple of weeks.”

Whitehall lost two games to start the year, including one to No.1-ranked Manhattan. But there’s one big reason for the Trojans' turnaround.

“Those first two games really took a toll on us," said sophomore quarterback Miles Hoerauf, speaking of the loss to the Tigers and Southern B rival Townsend. "We wanted to turn that around and get to the playoffs and make a deep run. So, we turned that around, brought it to practice every day, and the young guys are starting to pick it up and show us what a real team is like, so we’re getting a lot of good reps.”

It's not just that the Trojans are bringing their all to practice. They're also a close-knit team.

“I mean, just bonding," said Brody Becker on why the team has been hot the last few weeks. "This is the closest-bonding team I’ve had since my freshman year, and I think it really shows. We’re just looking forward to the playoffs.”

The Trojans have been having a lot success through the air and on the ground, and the rushing is attack is because Becker is having a standout season.

“He can run the ball all the way down the field and then the next play, he’s not even tired, the next play he’s the lead blocker so I can get a touchdown,” said Hoerauf.

“He’s such a smart runner," said Lacey. "He runs great between the tackles and then he has that burst outside -- he’s deceptively fast and you don’t really see it. Tape doesn’t show it as much as it is, but he’s got a great cut. He’s awesome at vision and he’s setting up the next tackle. He’s breaking the one and then he’s looking to make a move at the next level, and you can really see that in his running style.”

That makes life a lot easier for his quarterback, Hoerauf, who started last year as a freshman.

“It’s crazy that he’s only a sophomore, it seems like he’s on a senior level with us," said offensive lineman Dylan Smith. "I’m glad he’s just a sophomore, he’s going to lead these guys on in the future.”

“The biggest thing with him is, he’s got that next-play mindset," Lacey said. "He’ll make a mistake and he’ll take the chewing, then he’ll learn from it and get better. That’s all you can ask for from a quarterback. People don't realize sometimes he’s only a sophomore. He plays older than he is. He’s really starting to understand what we’re asking him to do. The thing is, he’s dynamic in both ways, he can throw the deep ball and then he’s the threat to run, as well, and he’s tough to bring down, so it’s awesome to have him on our side.”

Having good receivers like senior Flint Smith can also help a young quarterback out.

The Trojans are a confident bunch right now and they want people to know they’re ready for what lies ahead.

“I want people to know that, don’t overlook us, and we’re going to make a playoff run -- believe that,” said Smith.

“Don’t overlook us," echoed Hoerauf. "We’re going to keep grinding in practice and try to get better every week. Just play one week at a time.”