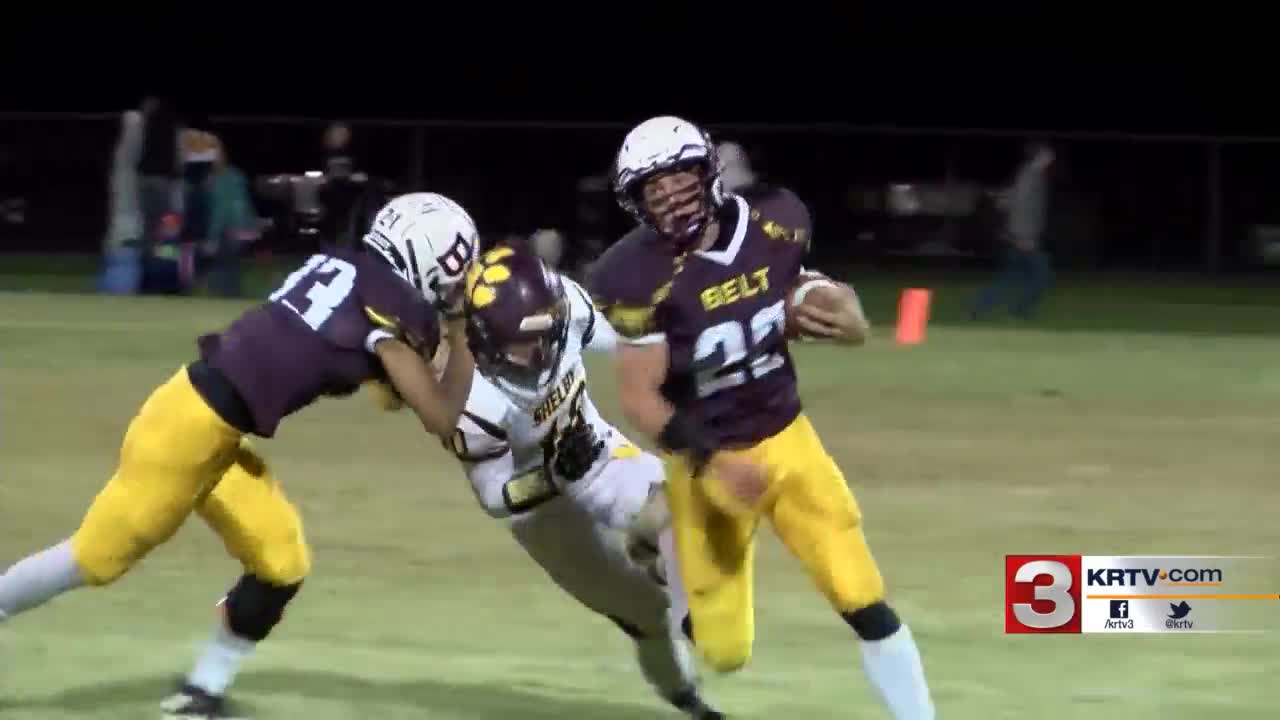 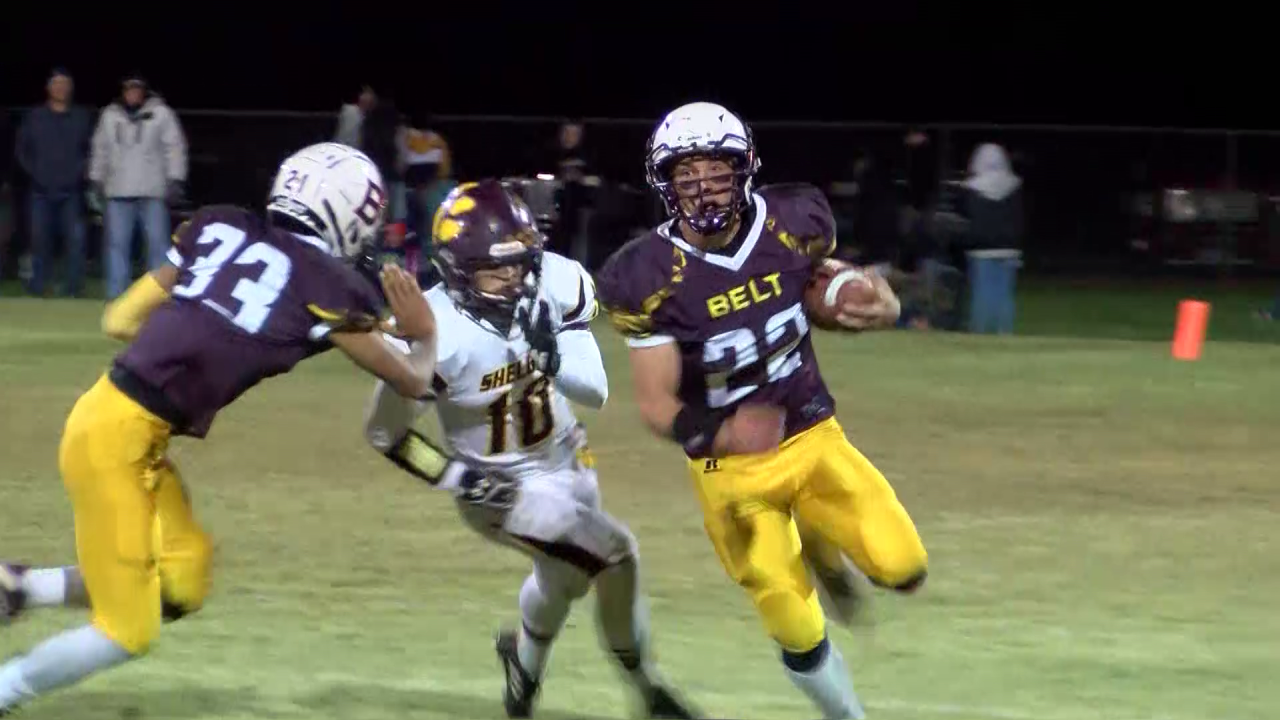 BELT -- Hunter Vogl and Kaimen Evans combined for four touchdowns, two of them coming on passes from Vogl to Evans, as Belt downed Shelby 46-16 in an 8-Man North division playoff game on Friday night. The win keeps alive the Huskies' hopes for a No. 3-seed in the upcoming 8-Man playoffs.

But Taylor Parsons found Tanner Watson on a 50-yard pass to give the Coyotes their first score Friday night, cutting the deficit to 20-6 at halftime.

But Belt poured it on in the third quarter, with Vogl and Evans adding a 77-yard scoring pass-and-catch, then Treyton Hennes scored a pair of touchdowns -- first from 2 yards, then 30 -- that suddenly had the Huskies out front 40-6.

Shelby scored 10 straight points, including consecutive safeties before Aidan Torgerson's 55-yard kick return brought the score to 40-16 in the fourth quarter. Bridger Vogl ended the scoring with a 33-yard touchdown run for the Huskies (6-2 overall).

Belt awaits the winner of Saturday's contest between Centerville and Choteau, with the winner of next weekend's game clinching the 8-Man North's No. 3 seed. The loser gets the fourth seed.

Shelby (5-3) will meet the loser between Centerville and Choteau, with the winner clinching the fifth and final playoff berth in the 8-Man North.