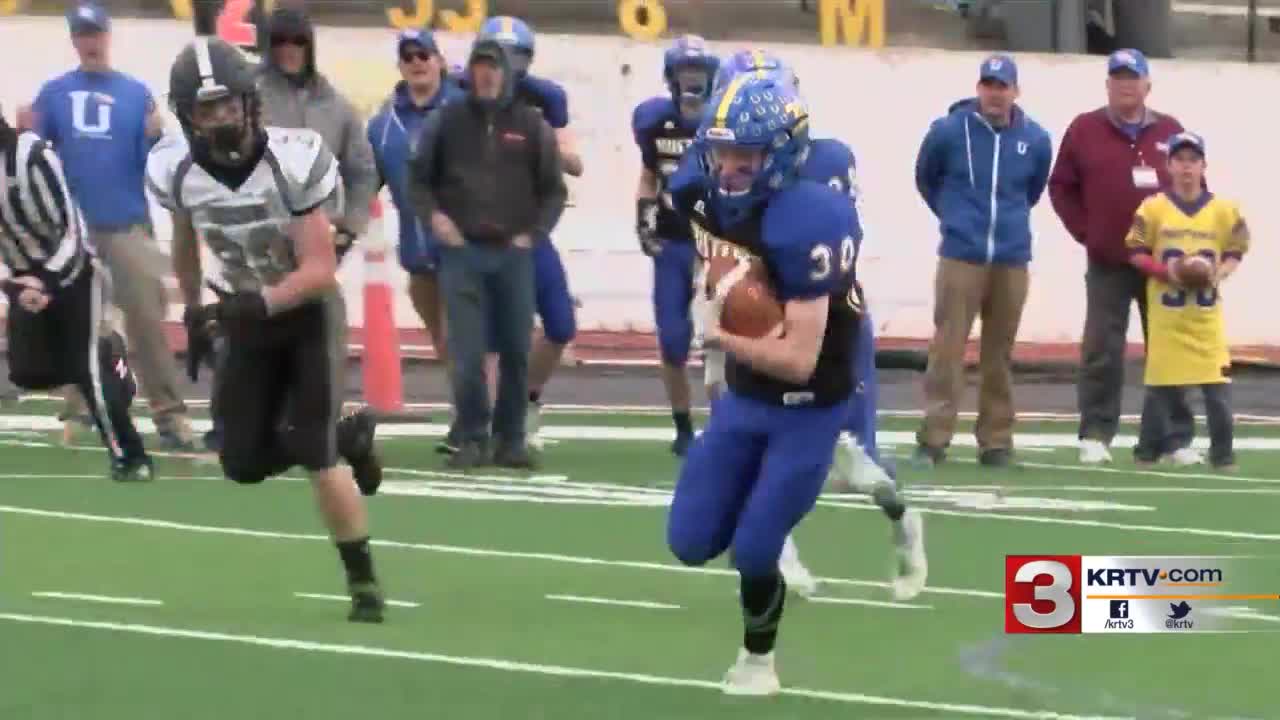 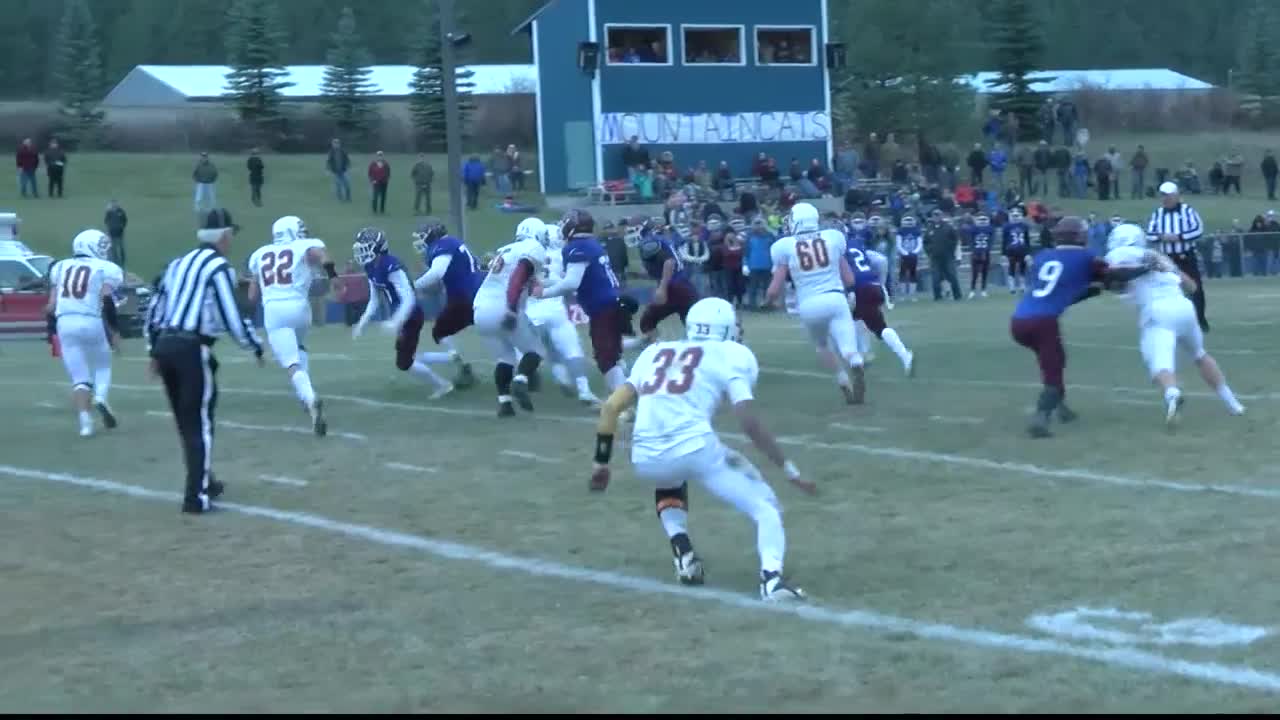 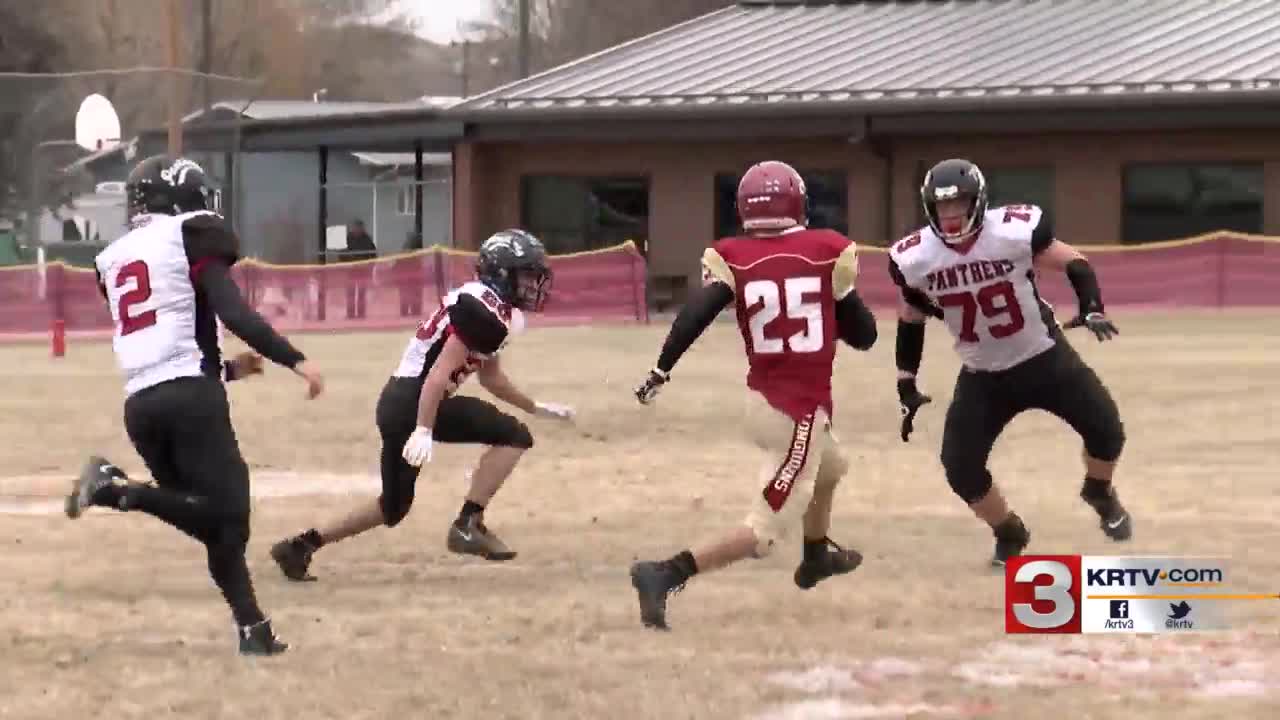 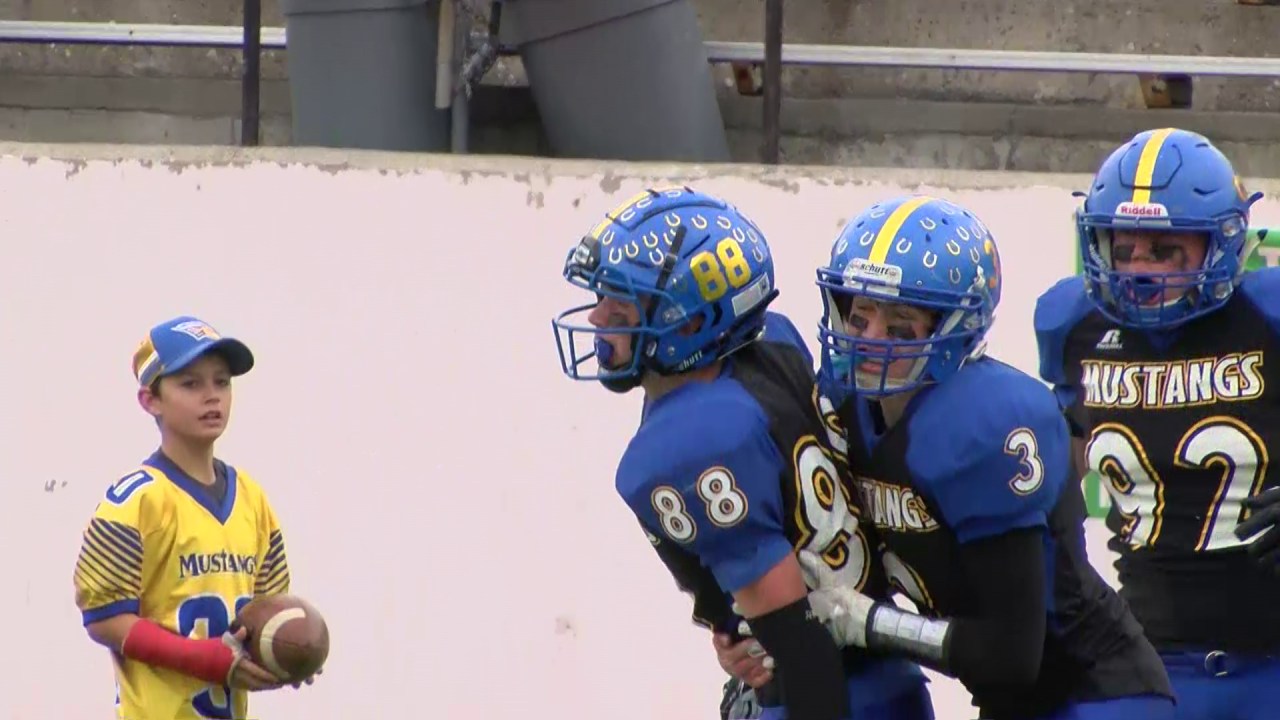 Leading 35-34 with less than 10 minutes to play, Malsam broke free for a 39-yard touchdown, then caught the two-point conversion to give GFCC a 43-34 lead. The Mustangs quickly got the ball back and Girres scored less than two minutes later, a 10-yard run that capped the scoring.

Saturday's game was filled with fireworks, a back-and-forth affair that offered punch and counter-punch, as each team answered the other, refusing to allow separation. Central scored first when Malsam ran for, ironically, a 39-yard touchdown to put the Mustangs on the scoreboard at 6-0. But Kade Cutler and the Titans responded, as Cutler drove in a 1-yard touchdown of his own to tie the game at 6-all after the first quarter.

Girres then gave Central some breathing room, first finding Logan Warren on a spectacular fingertip catch that resulted in a 22-yard touchdown, then added a 23-yard touchdown pass to Malsam, the second of his three scores, that brought the score to 20-6. But Cutler again orchestrated a scoring drive with only 26 seconds remaining in the half, throwing to Ethan Parke to make the score 20-14 at halftime.

The Titans struck first in the second half on a Cutler-to-Daniel Brabender 15-yard pass to tie the game, with Cutler's two-point run giving the Titans their first lead of the contest, 22-20. Cutler's 18-yard touchdown some five minutes later extended that advantage to 28-20 with 4:29 remaining in the quarter. The quarterback duel continued with Girres scoring twice, first a 28-yard scamper, then a 19-yard touchdown run to give the Mustangs the lead for good.

Cutler scored his fifth touchdown two minutes later, but the Titans failed to convert on the two-point try that would have given them the lead, but Malsam and Girres shut the door on a potential comeback with their fourth-quarter touchdowns.

Great Falls Central will now travel to western Montana to face Alberton-Superior, the 8-Man West champion. The Mountain Cats edged Belt 46-34 on Saturday, while No. 1 seeds Fort Benton and Fairview also won, setting up a semifinal in eastern Montana next weekend. Updated scores and pairings from the 8-Man football playoffs can be found here.