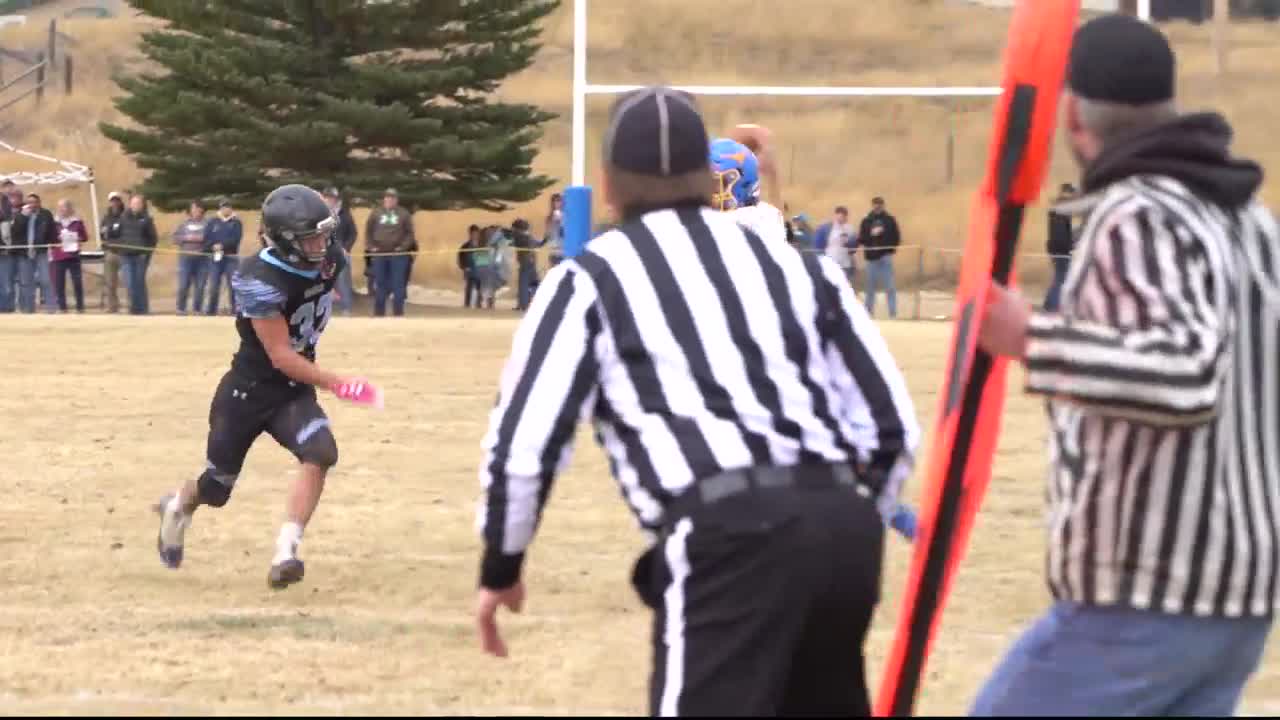 The Wibaux Longhorns eliminated Shields Valley from the 6-man playoffs for the 2nd straight year Saturday with a 41-19 road win. 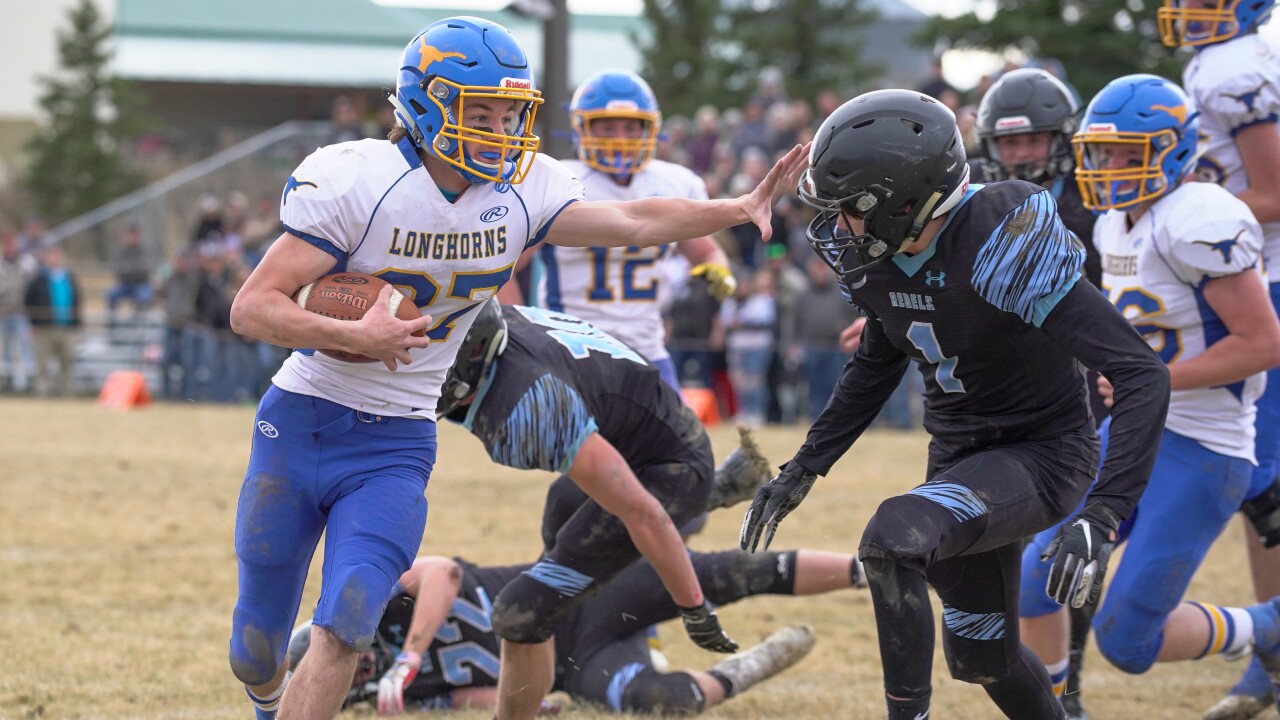 Leading 27-19 near the midway point of the fourth quarter, the Wibaux Longhorns faced a second-and-long near midfield, but quarterback Tel Lunde found the 6-foot-5 Miske twice to pick up a first down. Gavin Nelson punched in a 2-yard touchdown moments later to give the Longhorns a 33-19 advantage, essentially sealing the game in Wibaux’s 41-19 6-Man football quarterfinal win.

“I was just trying to get open for my team, find the open spot so (Lunde) could get me the ball. It was huge,” said Miske. “We just had to go down there and punch the ball in.”

“That was amazing. We had to keep the ball going, keep the clock moving and we scored at the end of it,” added Nelson.

Wibaux’s defense finished the final five minutes of the game with a pair of turnovers, including a key fumble recovery by sophomore Garrett Johnson on a fourth-and-3 play for the Rebels. The turnover led to a Lunde-to-Nelson touchdown that brought the score to its finale, 41-19. Miske ended the game with an interception.

“We had to come in here with a chip on our shoulders. Nobody thought we were going to be here, so we just played Wibaux football,” said Miske.

The Rebels led 7-0 in the second quarter, but Lunde and the Longhorns added a trio of scores — two touchdowns and a safety — before the half to take a 14-7 lead into the intermission. Wyatt Davis scored Wibaux’s first touchdown, then Mason Peplinski was credited with the safety.

Lunde bought time and hit Miske for the final points of the first half.

Lunde opened the second half with a 35-yard touchdown run on the first offensive play, going untouched and following sophomore Jonathan Harris down the left sideline. The Longhorns led 20-7, then recovered an onside kick on the ensuing kickoff to allow Davis to punch into the end zone from a few yards out.

Davis had 11 carries for 57 yards and a pair of touchdowns.

But Shields Valley quickly responded, with Emmett Gilbert taking the ensuing kickoff to the house to bring the Rebels to within 27-13 with 7:29 remaining in the third. Aidan Jenkins then picked off Lunde in the end zone and scored on a 67-yard touchdown run moments later to bring the score to 27-19.

Known for its power-running history, the Longhorns tried to bleed the fourth-quarter clock and had the ball near the red zone, but a tackle-for-loss and key penalty backed them up to near midfield where Lunde and Miske became the heroes.

Lunde finished the game 9-of-27 passing, with two touchdowns, but three interceptions. He also rushed 15 times for 131 yards, scoring the 33-yard touchdown to open the third quarter. Lunde added 13 total tackles, Miske caught five passes for 61 yards, but none were bigger than the final 35 that came on consecutive snaps to help the Longhorns move the chains.

Wibaux, which earned the No. 2 seed from the 6-Man East, looked like it would become a road warrior in its quest to defend last fall’s 6-Man state title. But Westby-Grenora’s victory over Hot Springs Saturday sets up a conference semifinal, where the Longhorns will host the Thunder.

“They’re a tough team,” said Miske. “They have an explosive offense, they contain on the defensive side and it’s just tough to get anywhere on them.”

“Nothing is better than playing a football game in Wibaux, especially a playoff game,” he added.

Big Sandy and Jordan won quarterfinal games on the opposite side of the bracket, setting up a second rematch in the semifinals. Updated scores and pairings from the 6-Man football playoffs can be found here.