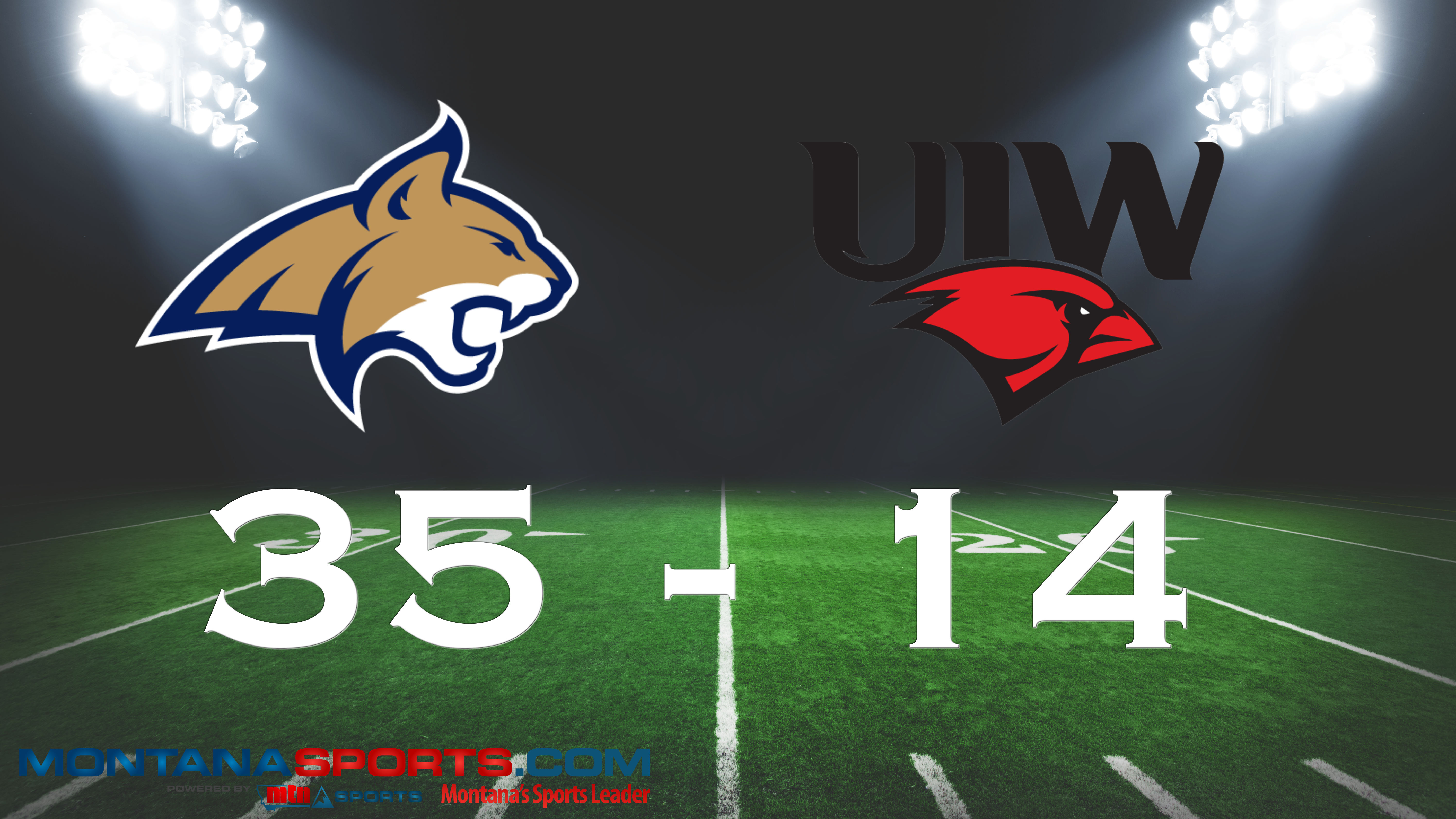 BOZEMAN — The Montana State Bobcats defeated the Incarnate Word Cardinals 35-14 in the opening round of the FCS playoffs on Saturday. It was the first playoff win for MSU since 2012, when the Bobcats defeated Stony Brook 16-10 at Bobcat Stadium.

Montana State’s special teams opened the scoring, with Nolan Askelson blocking a punt on the Cardinals’ first drive, which Lance McCutcheon returned 11 yards for a touchdown.

After the Cardinals tied the game just three minutes after McCutcheon’s touchdown, the Bobcats were credited with a safety for intentional grounding in the end zone, then added a Tristan Bailey field goal for a 12-7 lead. Troy Andersen scored his 20th rushing touchdown of the season, tying Bobcats’ Hall of Fame member Don Hass for the most in a single-season in program history as MSU led 18-7 at halftime.

Following a Cardinals touchdown on the first possession of the second half, Montana State took full control in the first meeting between the programs. Bailey added a 19-yard field goal, Travis Jonsen rushed 19 yards for a score, then caught a 37-yard touchdown pass from Troy Andersen to push the lead to 35-14.

The Bobcats’ defense forced and recovered fumbles before and after the Anderson-to-Jonsen score, with Brayden Konkol forcing and Maleek Barkley recovering the first, then Jahque Alleyne knocked the ball free and Konkol returned the ball 19 yards.

Ifanse and the Montana State offense drained the remainder of the clock to seal the win.

TURNING POINT: The fourth quarter. MSU scored two touchdowns, forced three turnovers and booked the trip to the FCS second round for the first time since 2012.

STAT OF THE GAME: Montana State had 513 yards of total offense, 25 first downs and rushed for 339 yards in the lopsided win. The Bobcats’ defense also forced and recovered three forced fumbles, intercepted a pass, recorded a safety and a blocked punt for a touchdown in the win.

GAME BALLS: Brayden Konkol, Travis Jonsen and Isaiah Ifanse. The junior from Belgrade tallied five tackles, including a tackle-for-loss, to go with a forced fumble, recovered fumble and interception to lead the MSU defense. Jonsen caught two passes for 76 yards, including the 37-yard score, while rushing five times for 26 yards and a touchdown. Ifanse easily broke the program’s playoff single-game rushing mark