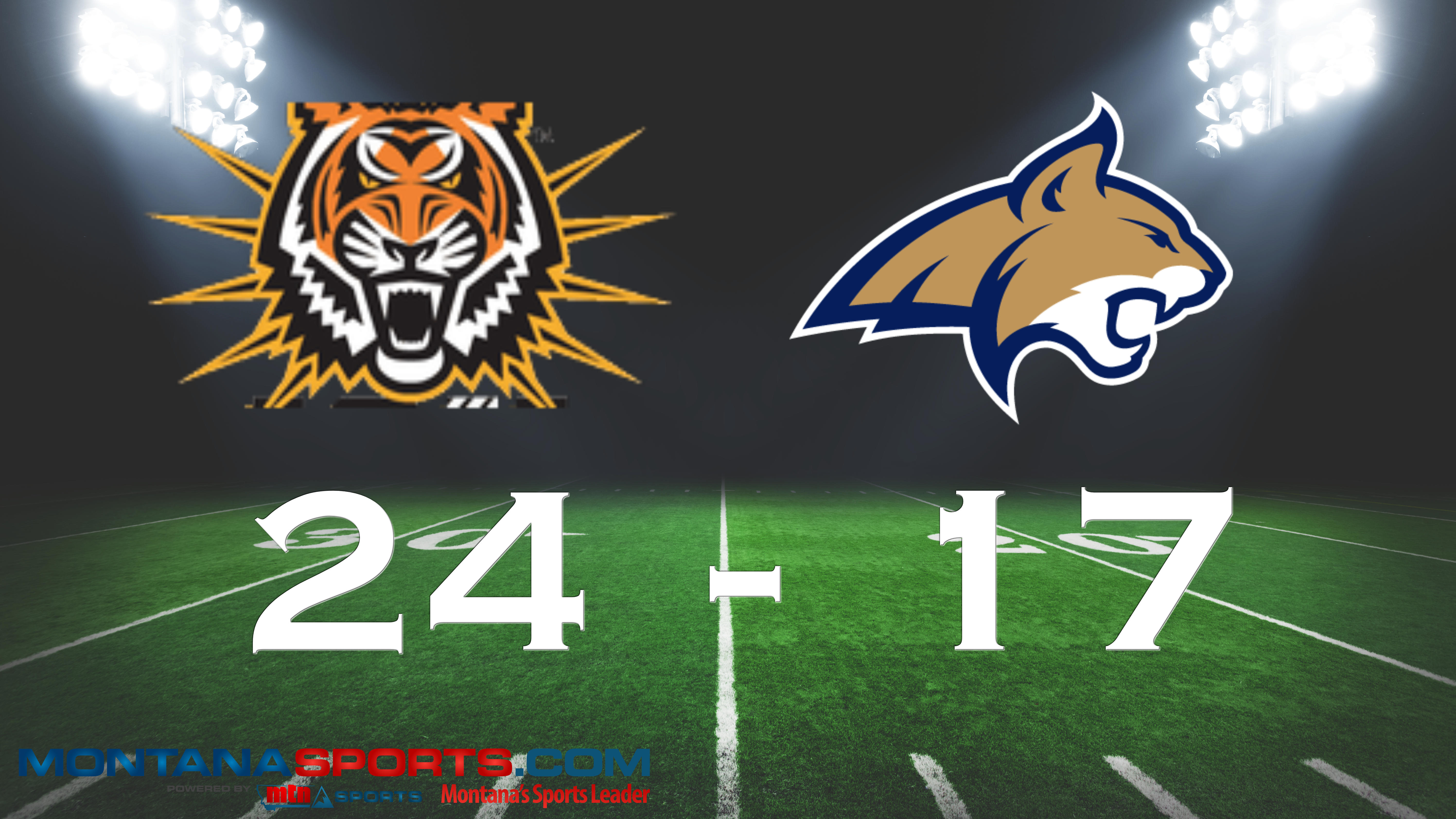 POCATELLO, Idaho — Tanner Gueller threw two touchdown passes and the Idaho State defense made a key stop on fourth down in the final two minutes as the Bengals held off Montana State 24-17 in Big Sky Conference football action Saturday.

Gueller threw touchdown strikes in the second and third quarters, lifting the Bengals to a 24-7 lead entering the final period. But Troy Andersen’s 33-yard rushing touchdown to open the fourth brought the Bobcats to within 10, then Tristan Bailey added a 20-yard field goal to cut the deficit to 24-17.

Montana State forced two fourth-quarter fumbles, the first two of the season for MSU, leading to the 10 points. The Bobcats had the ball with 5:28 remaining in regulation, with a chance to tie or take the lead, but Idaho State’s defense forced a 4th-and-23 after Andersen was sacked on second down. MSU’s quarterback found Lance McCutcheon for a 21-yard gain to the 8-yard line, but the receiver couldn’t pick up the first down, and the Bengals drained the clock for the win.

Montana State out-gained ISU 425-391 but missed two scoring opportunities when two drives ended with missed Bailey field goals, one from 46 yards and the other from 41.

TURNING POINT: The second quarter. Down 7-0 after the first 15 minutes, Idaho State scored 17 consecutive points in the quarter, including a James Madison 7-yard rush and Gueller’s first passing touchdown, to build the 17-7 advantage.

STAT OF THE GAME: Two recovered fumbles. Montana State had gone the entire season without recovering a fumble, snagging two in the fourth quarter to lead to Andersen’s touchdown and Bailey’s field goal to get MSU within striking distance, though the fourth-down play in the final two minutes fell short, ending the contest.