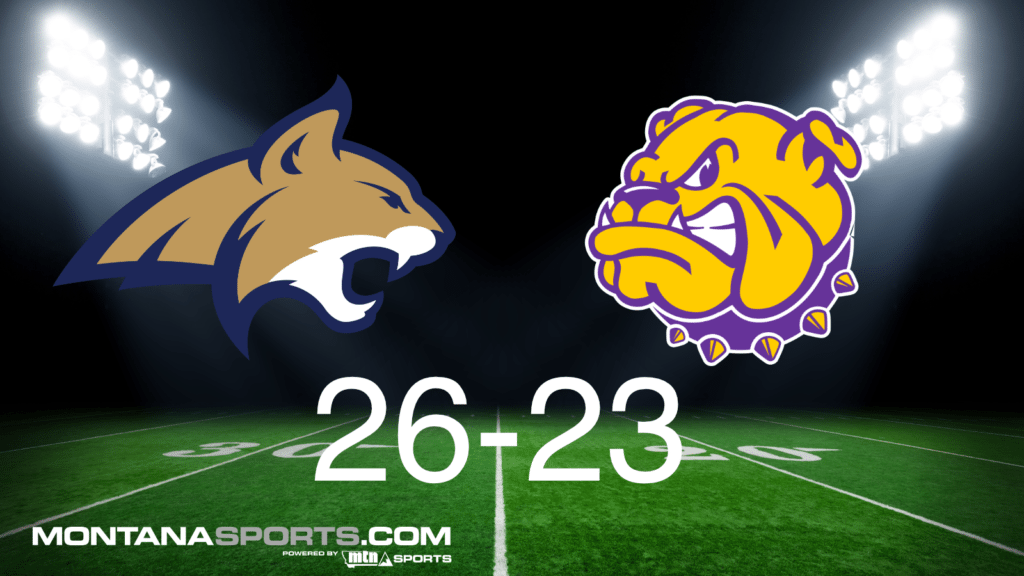 BOZEMAN — Troy Andersen scored two touchdowns, Bryce Sterk recorded two huge sacks and Tristan Bailey booted four field goals to help Montana State rally for a 26-23 win over visiting Western Illinois at Bobcat Stadium on Thursday. After a slow start, Andersen, the sophomore from Dillon who was making his first career start at quarterback, found his rhythm in the second half. Andersen finished the game with 145 yards and the two scores on 24 carries while completing 12 of 21 pass attempts for 81 yards and an interception. Sterk, who added four tackles-for-loss, led a Bobcat defense that totaled four sacks and two interceptions.

TURNING POINT: With the game tied at 23 midway through the fourth quarter, Sterk got his first sack on a 3rd-and-long play to kill a Western Illinois drive. The Leathernecks punted and Kevin Kassis returned the kick 32 yards to the WIU 26-yard line. Three plays later, Bailey hit his fourth field goal — this one from 35 yards — to give the Bobcats their first and final lead of the game.

GAME BALLS: Andersen, Sterk, Bailey and Kassis. Andersen settled down in the second half to lead the MSU offense to 20 points after the break. Sterk added a game-high eight solo tackles to his impressive line. Bailey made all four of his field goal attempts from 21, 47, 50 and 35 yards. Kassis played a big role in the return game, finishing with 187 all-purpose yards, including a 69-yard kick return and the crucial 32-yard punt return.

WHAT’S NEXT: MSU faces its second consecutive opponent from the Missouri Valley Conference next week, traveling to No. 3 South Dakota State. The Jackrabbits are coming off an 11-3 season where they lost to James Madison in the semifinal round of the FCS playoffs. SDSU won at Bobcat Stadium in 2017, defeating MSU 31-27.