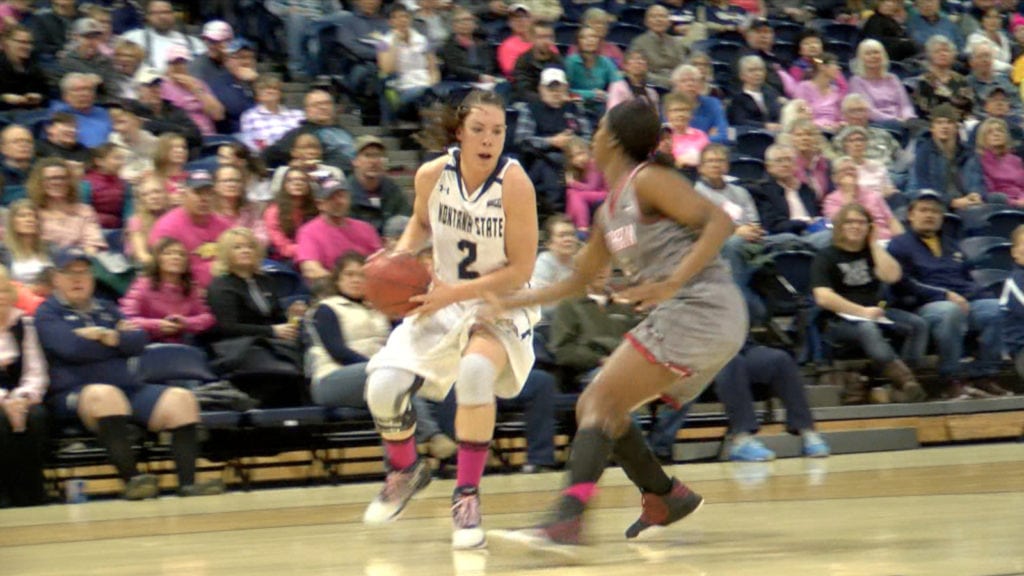 BILLINGS – Last Saturday night, in front of a packed Alaska Airlines Arena, the rest of the country found out what Montana has known for a long time – Peyton Ferris is the real deal.

Those were teammate Riley Nordgaard’s words after Ferris’ performance in Montana State’s first-round NCAA tournament game against Washington. MSU didn’t pull off the upset of the Final Four contender, but Ferris proved she’s one of the nation’s best scorers, regardless of conference.

“She’s un-guardable,” said Washington head coach Mike Neighbors. “I mean, you can’t keep her from getting the shot. You just have to make sure it’s contested. I can guarantee you right now we haven’t given up 12 free throws to one player all year long. She’s a matchup problem for everybody, not just us.”

“Every time down the court she’s getting a touch,” noted Neighbors. “I know what people feel like – because Kelsey’s a point guard, she’s going to have the ball in her hands a lot. You know, it’s hard to get Chantel (Osahor) a touch every time, but they find a way. I can assure you we’ll be picking a play or two away from what they ran and working on it tomorrow.”

Nordgaard has seen it all from Ferris the past two years.

“Peyton Ferris is by far the most talented player I’ve had the pleasure of playing with,” said Nordgaard after Saturday’s game. “I’ve learned a ton from her. I’m definitely going to miss her, and I think what she did tonight, when we were cold shooting, she comes out battling through an adverse week. She’s just tough. This kid just gets it done no matter what.”

You’d never know Ferris was playing with a heavy heart Saturday, but earlier in the week, her brother’s best friend died in a dirt bike accident, and he never left Ferris’ thoughts.

“I’m not going to lie – I kind of was anchored down in my emotions this whole week,” said an emotional Ferris. “I was just numb this week, I guess. But then again, this environment kind of offset it. You come in and think about where you’re at and appreciate life. I was able to play for my hometown even more, and I left it all out there, and I knew I had someone watching over me.”

It’s a tribute anyone would be proud of.