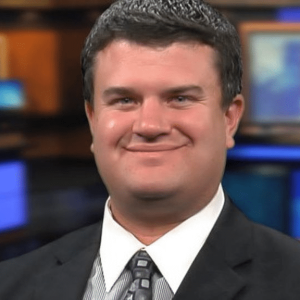 SACRAMENTO, Calif. — For the first time since 2015, Montana will be represented at the NCAA Outdoor Track & Field Championships. Senior hammer thrower Hana Feilzer, who just two weeks ago won a Big Sky individual title with a school-record throw, placed ninth on Thursday at the NCAA West Preliminary (203-1), qualifying for nationals for the first time in her career.

Of the 48 athletes in each event, the top 12 advance to nationals, which will be held June 5-8 in Austin, Texas.

“I’m just ecstatic,” Feilzer said. “I don’t know if it’s fully set in yet that I made it, but I’m just so excited and ready to keep working hard.”

“Anytime you get someone to nationals, that’s what you want,” head coach Brian Schweyen said. “I’m really proud of Hana and happy for (throws coach) David Paul. It’s huge to have someone at nationals, representing themselves, this program and their university.”

Feilzer knew she had a strong chance to qualify coming in, entering the meet seeded 10th. Her chances increased after the first two flights, with no big surprises coming from those ranked below her. The top thrower from the first two flights threw 201-10, a distance Feilzer had easily surpassed in her three previous meets.

The veteran thrower didn’t panic, knowing all it takes is one good throw.

“I tried to shake it off and remember things Dave (Paul) was telling me,” Feilzer recalled. “Stay down, push, relax. I knew I could do more.”

The ‘more’ happened on her next attempt, landing at 203-1 and putting her in a good spot.

Still, being the first of 12 throwers in the third flight, she had to wait anxiously after her final attempt went 192-9.

“I tried to change my shoes, but I couldn’t just sit there,” Feilzer said. “I got up and started walking around. I kept looking at the board after each throw. It got to a point where another thrower didn’t have as good of a throw as she was hoping. I looked over at my dad and he gave me a big fist pump and I knew I had made it.”

Feilzer placed ninth out of 48 throwers in the West Region, and 19th overall, across the 96 throwers from the West Region and East Region. That not only advances her to nationals, but also gives her a realistic chance to excel there and reach All-America status, especially considering Thursday’s mark was nearly 7 feet shy of her personal best, set earlier this month. Her top throw of 209-10 would have placed seventh among all throws from both regions on Thursday.

“I’m just ready to go out there and keep practicing and getting in the right mindset,” Feilzer said. “I know I can do more and compete with those top athletes, and know that if I throw my best there’s a chance I can get to All-America status.”

While none of Montana’s other three competitors advanced to nationals, all three had strong meets and performed better than their ranking. Of the three, two will be back next season with the chance to improve upon their marks.

Olivia Ellis made her NCAA Regionals debut, running the 400-meter hurdles in a time of 1:01.27. The time was a second slower than her PR, set two weeks ago at the Big Sky Championships, but was her second-fastest race of the season – only trailing the Championships, when Ellis placed third in the event. Seeded 46th in the NCAA West Region, Ellis moved up to 36th, including fifth in her heat. The talented athlete who is part of Montana’s school-record 4×400-meter relay team, will return next year for her senior season.

“We switched her feet in the blocks and she hit the first hurdle probably as good as she has all year,” Schweyen said. “She had a strong first four or five hurdles, but it was a really fast field, and she was in a little different position at the 200 point than she’s used to. For her to get his experience is irreplaceable.”

Jane Booth easily cleared 5-5 in the high jump, doing so on her first attempt, before reaching the next height, 5-7, on her third and final jump. She wasn’t able to keep it going, however, missing on her three attempts at 5-8.75. In the end, 17 athletes did reach that height, with 12 of them advancing to the NCAA Championships. Booth was one of 40 athletes to clear 5-7, finishing tied for 36th place, after coming in seeded 44th. Booth reached 5-8.5 at the Big Sky Championships earlier this month, where she finished third, but the mark on Thursday was a quarter-inch higher, preventing her from advancing. Booth was impressively competing at NCAA Regionals for the third time in three seasons. She cleared 5-8.5 as a freshman in 2017 (30th) and 5-7 as a sophomore in 2018 (34th).

“Jane has battled injuries throughout the season,” Schweyen said. “It just didn’t work out today, but she’s gotten here every year, and she has another year left. I’m hoping next year she’ll do what Hana just did.”

Maryn Lowry closed her collegiate career with a 4:27.57 in the 1,500 meters (35th). She finished higher than her seed position (44th) and was within 3 seconds of her PR. A graduate transfer from Iowa State, Lowry finished her career at Montana and made the most of her one season, placing third in the event at the Big Sky Championships and being named the Big Sky Athlete of the Week in April, in addition to qualifying for regionals.

“She had a great career for us and was a huge addition to our program,” Schweyen said. “It was a fast two laps, and what I told her was that as fast as it was, she still finished strong. She was close to a lifetime best.

“Getting to this spot is a huge accomplishment, and I’m proud of all of these athletes.”

Montana will have another opportunity to advance an athlete to nationals, with Jensen Lillquist currently ranked 12th in the javelin. The senior thrower is competing at regionals for the fourth time in his career and is coming off a lifetime-best performance at the Big Sky Championships. He will throw at 1 p.m. Friday. Montana’s sixth regionals qualifier, Brent Yeakey, will compete in the shot put on Saturday afternoon. Additionally, Erika McLeod qualified for indoor nationals this past winter, but was unable to participate in the pentathlon due to injury.