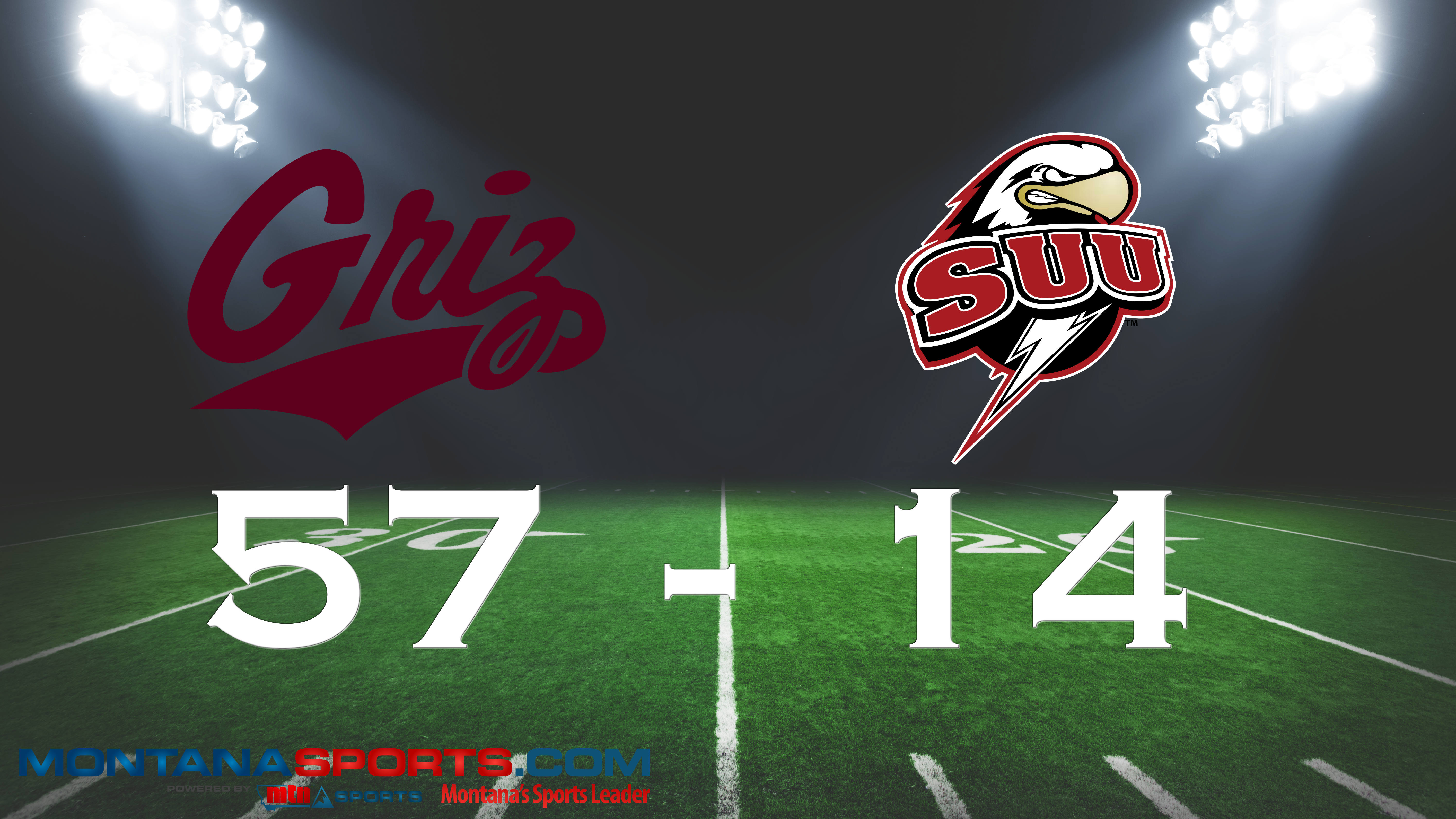 Montana scored on its first three possessions, taking a commanding 20-0 lead. Sneed hit Jerry Louie-McGee on a 14-yard scoring strike four minutes into the game. Jeremy Calhoun scored on a 9-yard rush on the ensuing UM drive, then Sneed found Keenan Curran for a 21-yard scoring strike the next time down the field.

Sneed also threw two touchdowns to Samuel Akem in the third quarter, with another Curran receiving score sandwiched between.

Nine different players caught a pass for Montana, led by Curran’s six receptions for 91 yards. Akem hauled in five catches for 89 yards. Each had two scores in the game.

Robby Hauck tallied a team-high seven tackles as the Grizzlies held Southern Utah’s ground game to only 73 yards. The Thunderbirds entered the game No. 4 in the Big Sky Conference with more than 211 rushing yards per game.

SUU quarterback Tyler Skidmore threw a pair of interceptions, with Josh Buss and Josh Sandy snagging the picks for the Grizzlies.

TURNING POINT: Montana’s opening drive. The Grizzlies scored on their first possession, meaning Southern Utah has allowed a score on its defense’s first time on the field in every game this season. Montana used eight plays to drive downfield, with Calhoun rushing for 22 yards on three carries before Sneed hit Louie-McGee for the first score of the game.

STAT OF THE GAME: The Grizzlies rolled to 635 yards of offense, 369 through the air and another 266 on the ground, while limiting Southern Utah to only 241. UM picked up 33 first downs in the game and didn’t have a turnover.

WHAT’S NEXT: Montana (5-4, 3-3) remains on the road, heading west to Moscow, Idaho to face the Paul Petrino-led Idaho Vandals, renewing the rivalry between the former conference foes. Kickoff is slated for 4:30 p.m. MST and will be available live on ROOT Sports. Idaho leads the series 55-27-2, though the Grizzlies have won the last four in the series with the last meeting in 2003, a 41-28 UM victory in Missoula. The teams first met in 1903 with the Vandals capturing a 28-0 shutout in Moscow.