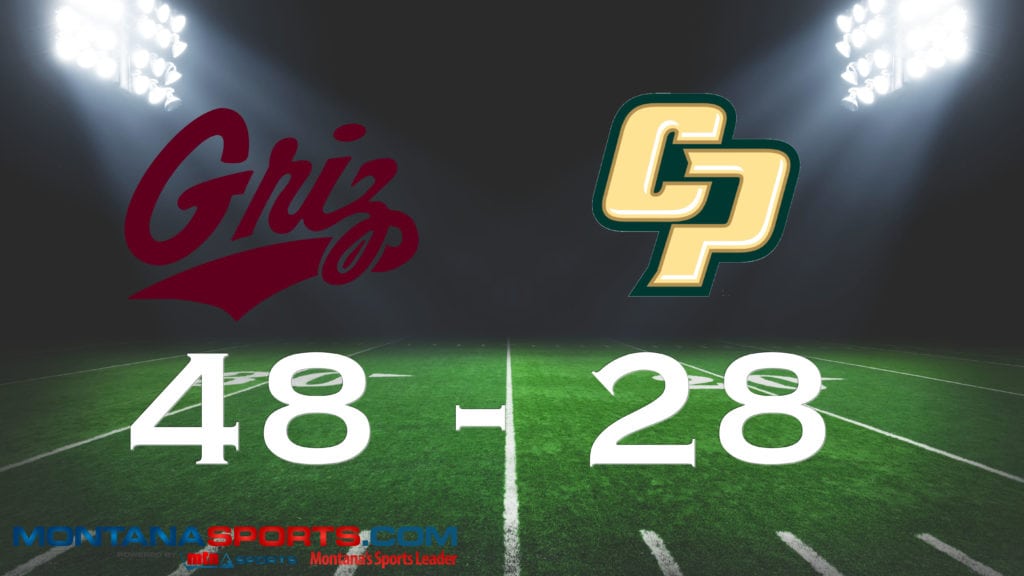 SAN LUIS OBISBO, Calif. — Dalton Sneed threw three first-half touchdown passes to help lead the No. 17 Montana Grizzlies to a victory on the road at Cal Poly on Saturday evening, 48-28.

Sneed connected with freshman Gabe Sulser to put the Griz up 10-0, then found Samuel Akem on a crossing route for a 54-yard touchdown. Just before the first-half buzzer, Sneed found Matthew Rensvold for an 8-yard touchdown, giving Montana a 31-7 advantage at the break.

Sneed finished with 285 yards passing and those three touchdowns. Adam Eastwood had 16 carries for 132 yards and two touchdowns, including a 68-yard scoring run in the fourth quarter.

TURNING POINT: Already trailing 10-0, Cal Poly was deep in Montana territory when quarterback Khaleel Jenkins made an errant pitch off the facemask of running back Joe Prothroe. The fumble fell into the hands of Josh Buss, who rumbled 80 yards for a touchdown to put the Griz up 17-0 in the first quarter.

STAT OF THE GAME: Dante Olson racked up an astounding 24 tackles — 12 solo, 12 assisted. Cal Poly’s triple-option attack possessed the ball for 36 minutes and ran the ball 82 times, keeping the Grizzlies’ defense on the field for long drives.

GAME BALLS: Olson and Eastwood. Olson flew sideline to sideline to slow down the Mustangs’ vaunted rushing attack. On more than one occasion Olson was in on a fourth-down stop to give the Montana offense the ball back. Eastwood gave the Grizzlies a jolt in the running game they hadn’t seen from the running back position. His 132 yards are the first time a Montana running back has eclipsed 100 yards this season.