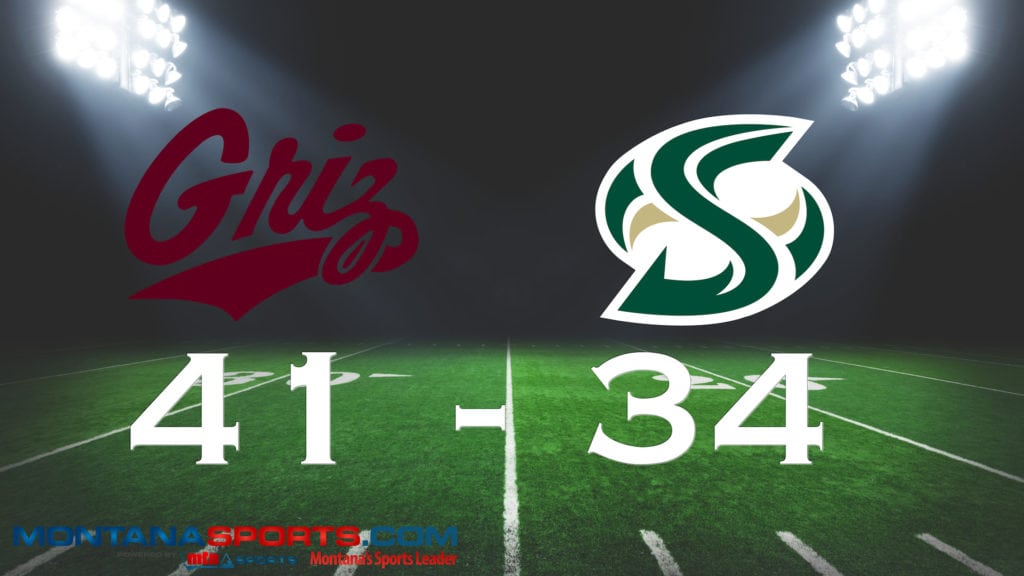 MISSOULA — Dalton Sneed threw a 1-yard touchdown pass to Matt Rensvold with 3:50 remaining in the game as the Montana Grizzlies held off Sacramento State 41-31 in the Big Sky Conference football opener for each team.

TURNING POINT: After Sneed hit Rensvold for the go-ahead score, Montana linebacker Josh Buss sacked Hornets quarterback Kevin Thomson for a loss of 5 yards on the ensuing Sacramento State drive, forcing a 3rd-and-18. The Hornets wound up punting, leading to a Tim Semenza field goal that gave UM a 41-31 advantage.

STAT OF THE GAME: The 351 rushing yards for the Griz. Montana’s offensive line and ground game have struggled early this season. Sneed continues to be a dual-threat option for Bobby Hauck’s offense, while Sulser showed his abilities at the collegiate level. Adam Eastwood carried the ball 18 times for 72 yards, four yards per carry, to add to the total.

GAME BALLS: Sneed, Buss, Dante Olson and Sulser. Sneed accounted for 440 yards of offense and four total touchdowns, and Buss made the big play with the sack late in the game. He finished with 11 tackles, three sacks and a pass breakup. Olson continued his stellar season with 15 total tackles, a sack and pass breakup. It was only one play, but Sulser showed he can carry his electric skills over from the high school fields to Big Sky Conference play.

WHAT’S NEXT: After the 1-0 start to Big Sky Conference play, Montana travels to San Luis Obispo, Calif. to meet Cal Poly, which lost to Eastern Washington Saturday. Kickoff is scheduled for 5 p.m. MST.