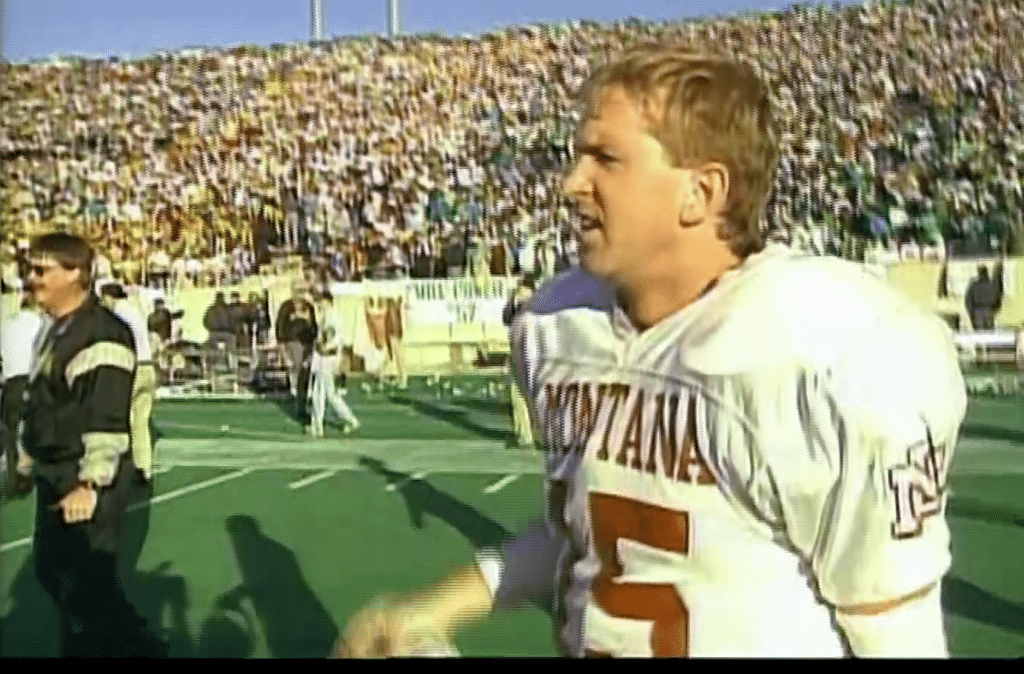 MISSOULA – This weekend will be a special one for Montana football fans as Dave Dickenson will be honored at Washington-Grizzly Stadium before his induction into the College Football Hall of Fame.

Dickenson arrived at the University of Montana in 1991. By the time he graduated in 1995 he had the highest completion percentage, highest percentage of passes for a touchdown, and fewest interceptions per pass in NCAA Division I-AA (FCS) history along with a national title.

Dickenson is set to be inducted into the College Football Hall of Fame in December, but Saturday he’ll be recognized in Missoula. The salute will take place between the first and second quarters of the Grizzlies’ game against Sacramento State. The team will also honor Dickenson by wearing its throwback copper and gold uniforms against the Hornets.

Montana coach Bobby Hauck says he’s excited to see an old friend and thinks it’s a great opportunity for the players and fans.

“He is such a great guy, and one of the pillars of Grizzly football,” Hauck said. “With him coaching in the CFL, I was coaching down here, we don’t get to see as much of each other as we have over the years. We stay in touch, so, personally, I’m looking forward to seeing him. I just think it’s really cool that he is able to make it work. It’s significant for a head coach in the Canadian Football League to come down here for a game, that’s not lost on anybody.”

Montana and Sacramento State kick off at 1 p.m. Saturday inside Washington-Grizzly Stadium.