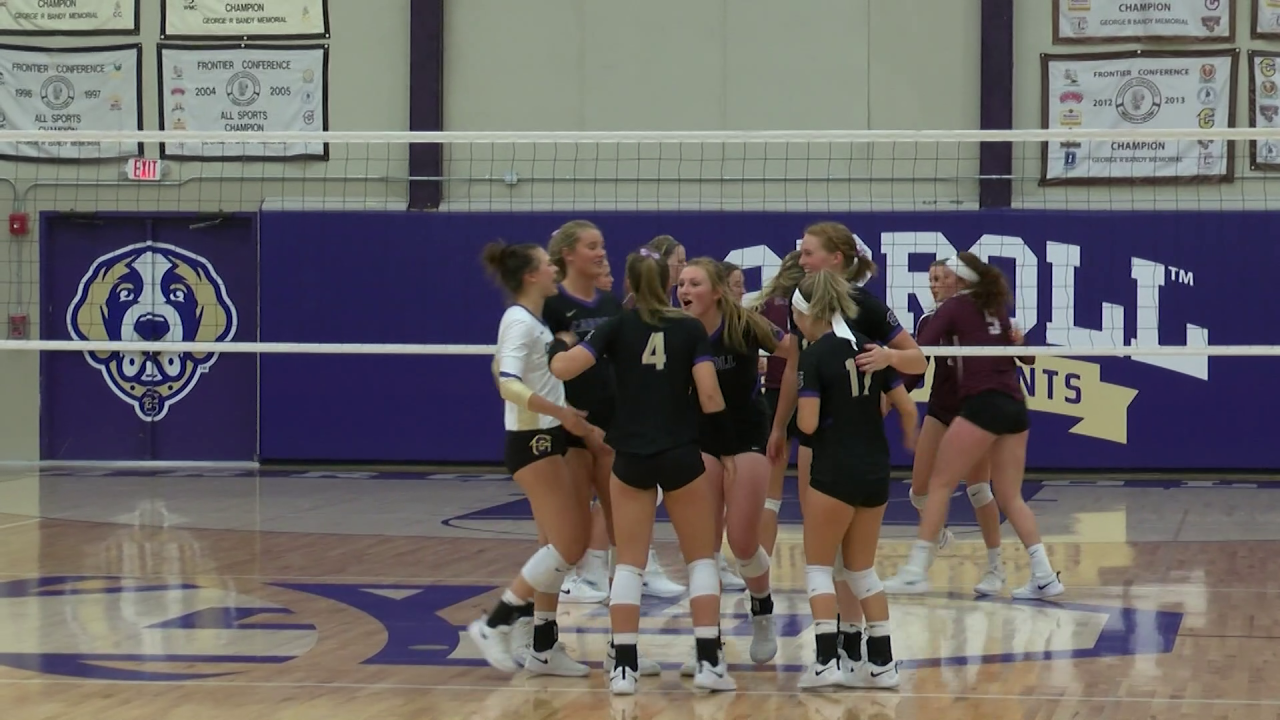 HELENA -- Carroll College volleyball bounced back after a tough night on Friday to sweep Montana State-Northern 3-0 in the PE Center on Saturday afternoon.

“We got on little runs and that’s something we didn’t do last night, so I felt like we made a little bit of progress today as a team,” Saints coach Moe Boyle said. “Every conference match is a battle and you never know what it’s going to be until you’re in the middle of it. Anybody can beat anybody on any given day.”

Taelyr Krantz has been a spark plug on offense,” Boyle said.

Ali Williams had a game-high 34 assists.

“I thought Ali Williams and Sophia Spoja had a great connection today,” Boyle said. “I felt like our block had a better sight of the ball. Katherine McEuen had some really nice touches on the block. Laurel Kassa both last night and today came in and did a nice job defensively for us.”

The Saints head to Montana Tech on Oct. 2 and then Lewis-Clark State on Oct. 4 for their next contests.

NOTES: Every conference game the Saints have played in this season has been a sweep by either side