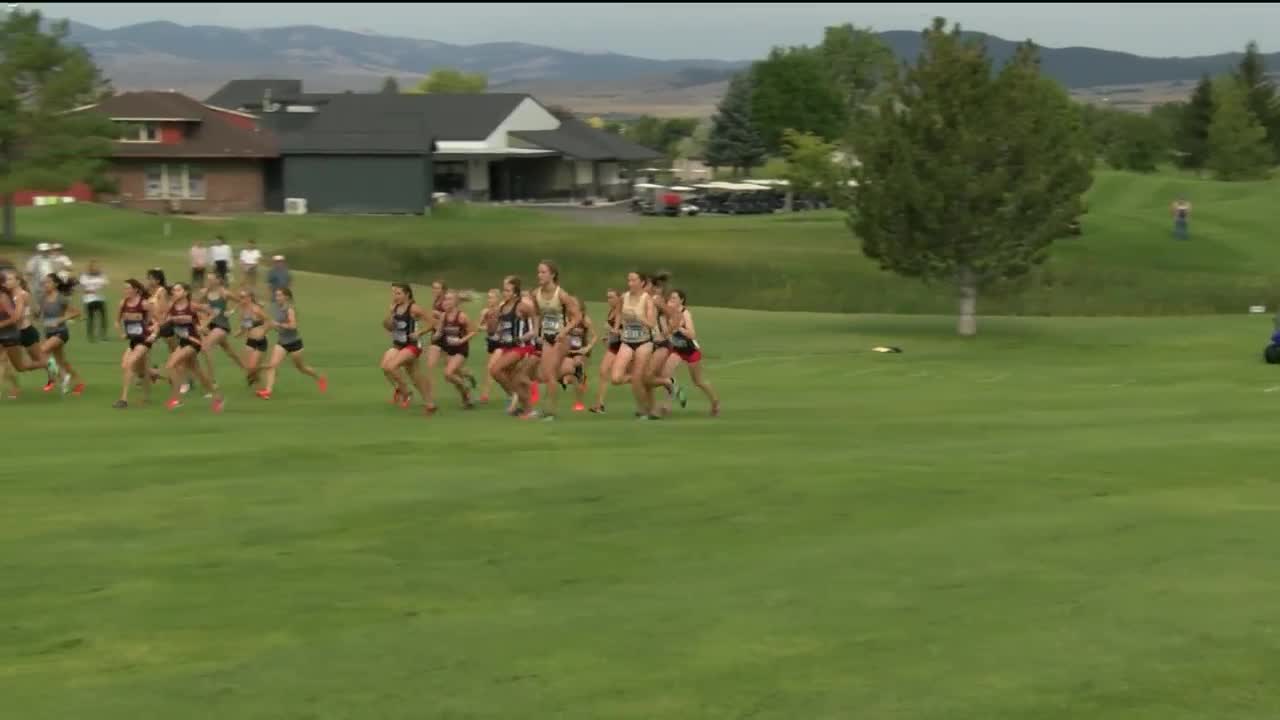 Finishing out front for the Saints was freshman Reghan Worley, who placed sixth overall, second in terms of eligible point scorers, in a time of 20:01 in her first collegiate 5K race.

“She did everything we asked her to do over the course of summer,” Flynn said. “As soon as she got here for workouts, we knew we had something special. And we know she can go faster.”

Peyton Lipp and Elly Machado were the other Saints contributing to the team score, placing 23rd and 36th overall in the race.

Katelyn McKay, Taylor Leistiko, Tracii Johnston and Hannah Johnson also got their first run of the season under their belts.

“On the women’s side, very pleased with where we ended up,” Flynn said. “We knew were young and we had the potential in the mix. I think with having most teams in the conference here, we had a chance to see where we’ll be. I think it’s going to be a really competitive conference.”

On the men’s side, Carroll used four runners on Friday, holding several out as they nurse injuries.

Freshman Jesse McMurtrey became the first Saint across the finish line in a time of 28:00.90 on the 8K course, placing 13th overall -- though the Saints didn’t qualify for a team score having run only four members.

“On the men’s side we didn’t have our whole squad out there,” Flynn said. “What I would expect to be our top three did not race. They had a couple minor injuries that we think we’ll have them back from in the next week or so. None of them had run an 8K, so I was happy with how our four performed. It’s fun to know we still have potential moving forward.”

NOTES: Fifth-year senior Samantha Mundel ran unattached and won the event in a time of 18:37.90… She will compete for the Saints during the indoor and outdoor track seasons.

Mogan was the fastest runner in the men's 8-kilometer race with a time of 25 minutes, 15.40 seconds. He was followed by sophomore Isaac Schmidt (25:47.90) and redshirt junior Cameron Carroll (25:57.90) with each finishing second and third, respectively. Teagan Olson finished fifth overall by earning a time of 26:47.60 and Gannon Chamberlain placed seventh behind a mark of 27:12.40.

The Montana State women's squad was represented by three runners. Liechty placed first among attached runners and second overall by completing a mark of 19:17.10. Kathleen Glockner finished third overall by finishing with a time of 19:24.00. Samantha Kelderman took seventh in the women's 5K coming in at 20:06.90.

"The meet was a really great way to start the season," said Lyle Weese, Montana State's director of cross country. "We had a number of solid men's and women's performances which really signaled that we can put together a great fall of cross country as a team."

Montana State will return to action on Sept. 21 when the Bobcats host their annual Cross Country Classic at Bridger Creek Golf Course in Bozeman.