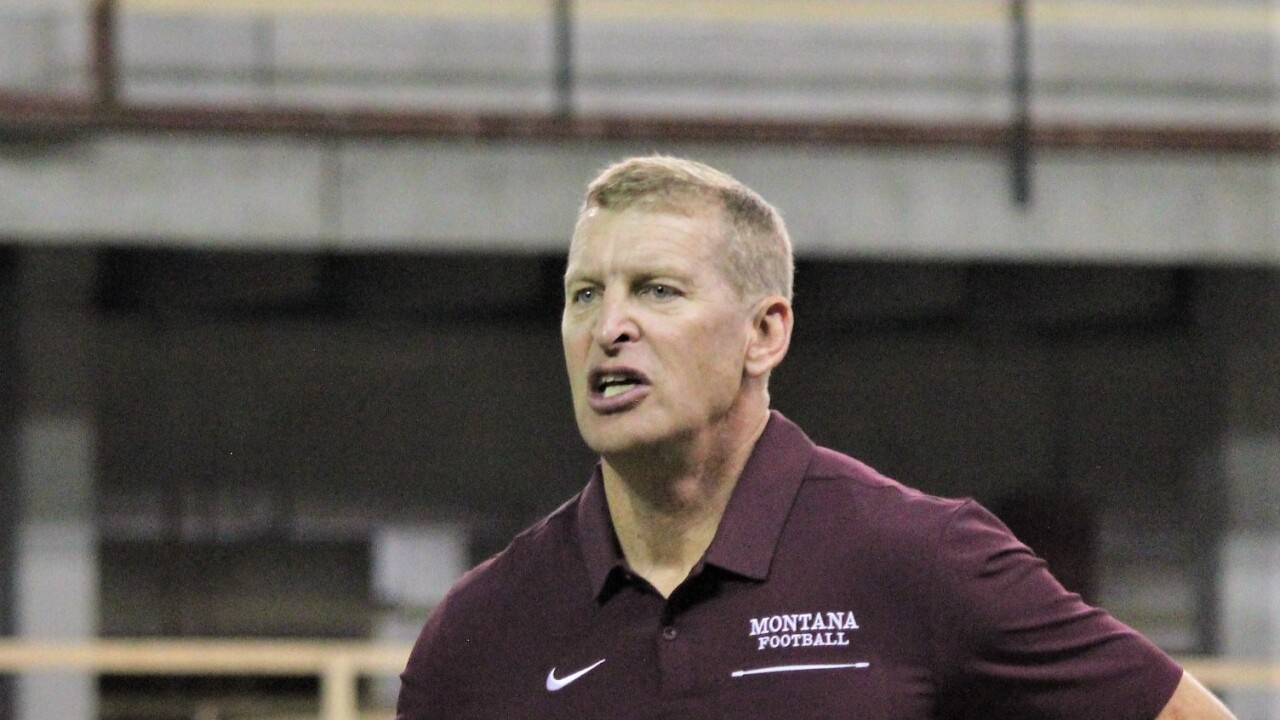 Bobby Hauck heads to the locker room at halftime.

UC Davis (0-1) moved up one spot in the AFCA Coaches’ poll from No. 5 to No. 4 after jumping out to a 10-point lead at Cal, before falling to the Pac-12 foe. The Aggies remained at the No. 5 spot in the STATS FCS Top 25. UC Davis will play at San Diego on Saturday. The Toreros (0-1) are receiving votes.

Eastern Washington (0-1) dropped from No. 3 to No. 5 in the AFCA poll, after dropping a 47-14 decision to Top 25 Washington of the FBS. The Eagles maintained their position in the STATS FCS poll at No. 4. Eastern Washington will host Division II Lindenwood (0-0) this weekend.

Weber State (0-1) improved from No. 8 to No. 7 in the STATS FCS Poll and jumped from No. 9 to No. 8 by the coaches tally. The Wildcat defense was eye-opening on Saturday, as it held San Diego State to a mere six points in the 6-0 loss. Weber State will play Cal Poly (1-0), which is receiving votes, in a non-conference match-up on Saturday.

Montana’s 31-17 win at South Dakota moved them up three spots to No. 22 in the STATS FCS poll. After receiving votes in the AFCA preseason poll, the Griz (1-0) cracked the Top 25 to earn the 23rd spot in this week’s rankings. Montana will host North Alabama (1-0) on Saturday.

Other Big Sky teams receiving votes were Northern Arizona, Portland State, Idaho State, Cal Poly, and Sacramento State. Four out of the five teams picked up wins during Week 1 play, while Idaho State will make its season debut on Thursday.

North Dakota State, James Madison and South Dakota State are ranked first, second and third in both polls, which can be found here.