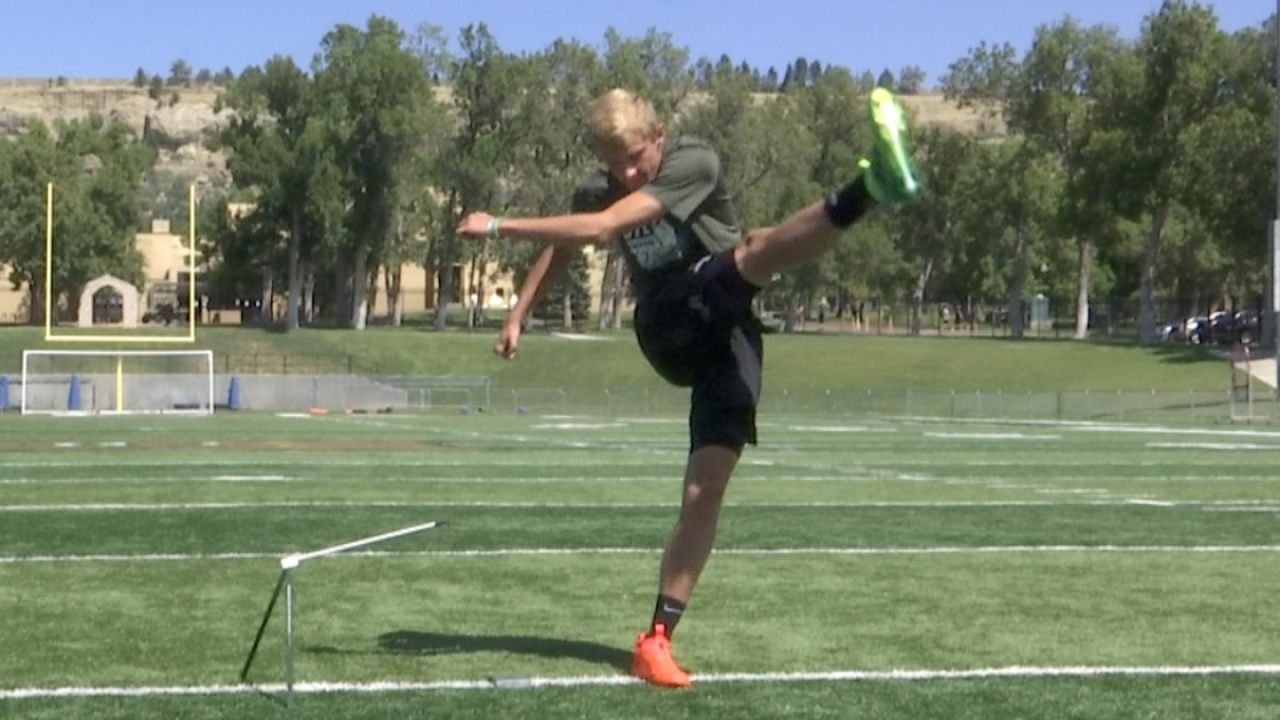 BILLINGS -- Camden Capser has kicked his way into the Big Sky Conference.

"The (UM) staff is incredible and amazing," Capser told MTN Sports. "They were with me from the beginning and it's pretty appealing to play for a national championship contender. I'm excited to chase that ring."

Capser estimates he has 146 made point-after tries, including a streak of 85 straight that was broken in Friday's win over Hardin. He believes that streak ranks him 16th nationally.

The senior told MTN Sports that he dislocated his left shoulder in Friday's game while trying to recover an onside kick but that he'll be ready to kick in Central's (2-0) game at Laurel (2-0) this Friday night at 7 p.m.

"I was diving for the ball and got hit in the shoulder with a helmet," he said. "I felt it dislocate, but we popped it back in and played on."

Capser is also a four-year soccer player for the Rams and competes in track and field.