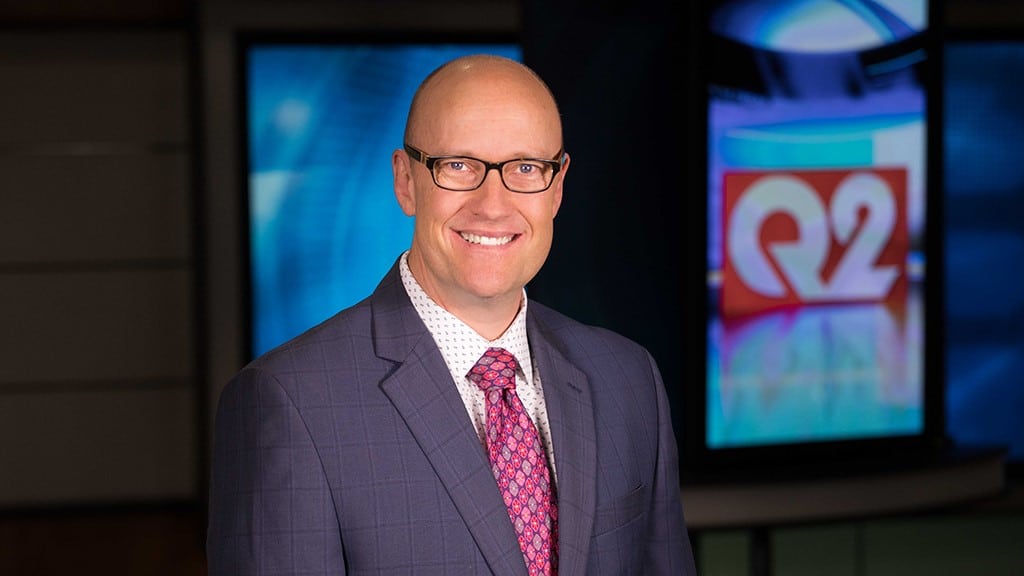 Scott started his KTVQ career in March of 2005 anchoring Q2’s 5:30 and 10 p.m. sportscasts Monday through Friday.

He grew up in Billings playing driveway hoops and pitching on the Little League diamond. After graduating from West High and majoring in Physical Therapy at the University of Oklahoma, a buddy in Spanish class convinced him to change majors to Broadcast Journalism. Completely unaware the major even existed, Scott elected to gamble. He graduated from OU in 1992 as an award-winning journalism student earning a BA in Radio-TV-Film, highlighted by scholarships from both OU and Oklahoma’s Associated Press. He was also active in the press box and on sidelines with Oklahoma’s TV and radio sports coverage. Additionally, one of his great thrills was managing OU’s basketball Sooners under coach Billy Tubbs.

Scott was hired by NBC affiliate KULR in Billings to anchor weekend sports and report news after graduation in ‘92. He eventually transitioned to full-time sports during a 13-year career there. His true appreciation continues to be featuring local teams and athletes, whether state championships or diamond-in-the-rough stories.

In 1998, Billings golfer Leslie Spalding invited Scott to caddy at the LPGA’s British Open. She qualified as an alternate and finished sixth in one of her top career performances.

Scott is a 12-time winner at the Montana Broadcaster Awards, including TV Sportscaster of the Year.

He still plays driveway hoops with his wife and kids, just not nearly as well.